It was the most visited hotel for almost 40 years. One day it closed its doors and today, it is only an attraction for tourists. 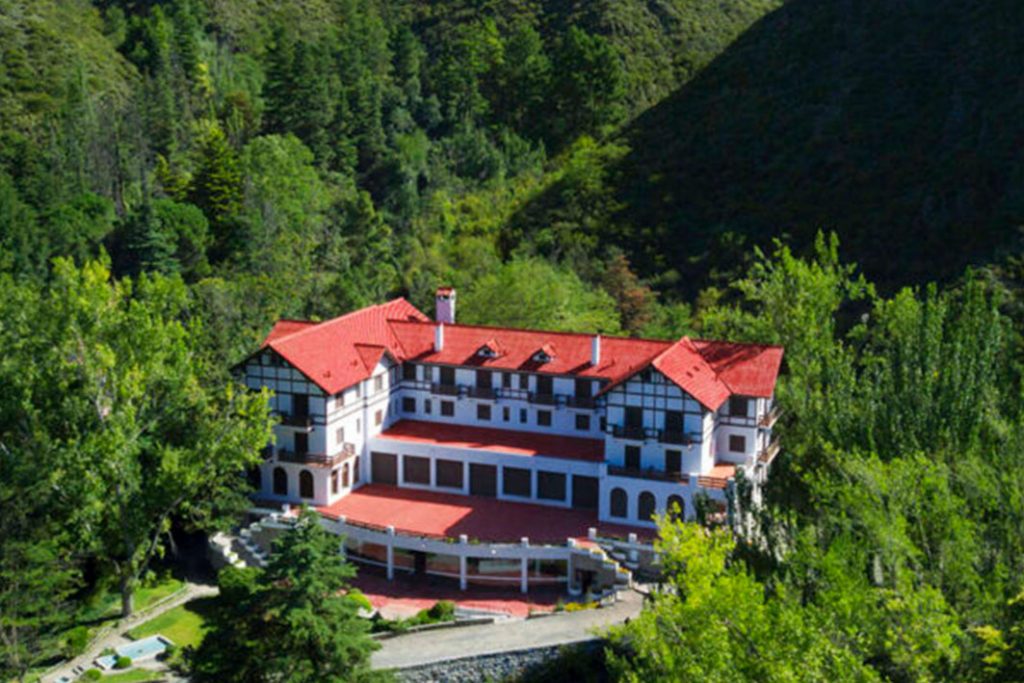 Practically, we all know him, without knowing it. It is that, the Gran Hotel Villavicencio is that “great house with gable roof” that appears on the labels of the water that bears that name. It is that, incidentally, that mineral water is extracted from the Villavicencio Natural Reserve, but that is another issue . At this time we are occupied by the hotel that operated for almost 40 years during the last century. Why did you lock up? Why didn't you open your doors again? On the one hand, we must explain that the area where the hotel is located is a place rich in natural spring waters. It was in 1923 that the farmer, Ángel Velaz, acquired the land and built a pipe that transported the water to the City. There it was bottled and sold throughout the country.

In the 1930s, a flood collapsed the Cacheuta hotel. This was a luxury accommodation for people traveling to Chile on the Trasandino train. They used to spend the night and interact with people of high society . However, what is a crisis for some, is an opportunity for others. Neither slow nor lazy, the farmer, and now water entrepreneur, Angel Velaz, decided to build a high-level hotel in the nature reserve. Because of the collapse in Cacheuta, the route to Chile moved to the area of Villavicencio, where road built the snailsand facilitated the passage towards Uspallata. Therefore, knowing that traffic through that area would grow exponentially, Velaz undertook the hotel project.

From then on, the hotel operated until 1979, when it was acquired by the businessman Héctor Greco, leader of the Greco Group. The latter went bankrupt some time later, leaving the hotel, closing its doors. Since then, to date, they have existed multiple reopening projects of the same, but none has prosper.

The break-up of Grupo Greco and the new route to Chile, further south, caused the hotel to close its doors as such. The poor handling and the drastic drop in the number of visitors made the project unsustainable. In 2015 the Parador Villavicenciowas opened, with healthy gastronomic proposals; interpretative trails such as the geopaleontology trail, unique in Mendoza, and the trail of la Quebrada, built entirely with recycled material, were built . Others, just get off for a few minutes, take a couple of pictures and continue on their way to Uspallata, along the route pro

The Atlantis of Cordoba

24 hours in the Tiger Delta

The whales have arrived in Puerto Madryn!