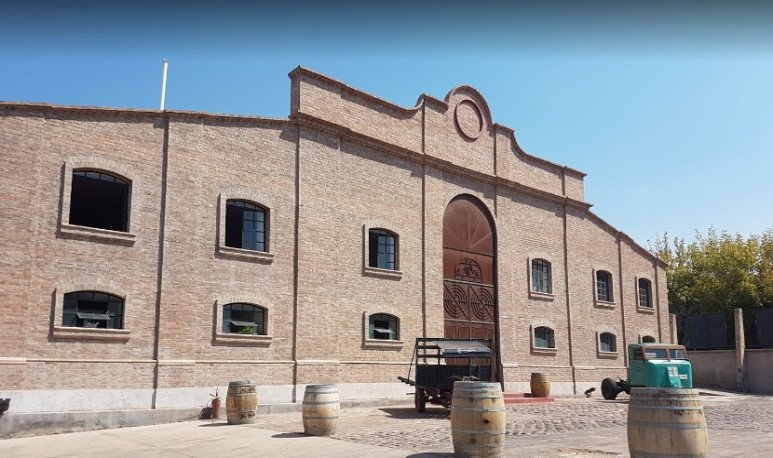 In its surroundings, Gran Mendoza is composed of the departments of Godoy Cruz, Las Heras, Guaymallén, Maipú and Luján de Cuyo. Lavalle, northwest of the province, presents a unique landscape where the oasis contrasts with undulating sand dunes.

To the south of the city of Mendoza, the department of Godoy Cruz has a historic center with intense commercial, banking and financial activity. There are no shortage of cinemas, gastronomic venues, cultural centers and recreational sites. Highlights include the Casino Provincial game rooms, bicycle paths, parks and integrating squares, including Benegas Park, San Vicente Park and Luis Menotti Pescarmona green space. Around Godoy Cruz square there are the beautiful facades of the Police Building of the 7th Police Station, the Parish San Vicente Ferrer, the Municipality and Deliberating Council, the Cinema Theater Plaza, shops and old residences, where artistic shows are offered on weekends. Two must-see are El Calvario, a place of religious gathering; and the former Arizu winery (declared a National Heritage). There is also the Mendoza Racecourse, where touristic events such as the Gran Clásico Santo Patrono Santiago and the Grand Prix Vendimia are held.

At 18 kilometers from the city of Mendoza is Luján de Cuyo, notable for the wine activity, the variety of landscapes and its vast tourist offer. There, Chacras de Coria and Vistalba stand out for their attractive inns, country houses, wineries surrounded by gardens, imposing landscapes, picturesque streets and typical shopping centers of a quiet village life. Chacras de Coria is an outstanding gastronomic pole. Jerónimo Espejo square, center of the old town that was owned by the huarpes and later the chakra of Don Juan Hilario de Coria and Bohórquez, is the meeting center where the silhouette of the Nuestra Señora del Perpetual Socorro Parish stands out in Spanish neocolonial style.

There is also the artisan walk, where renowned local painters and artists exhibit their creations. In the district of Carrodilla is located the Parish of the Virgin of the same name, protector of the vineyards; and Calvary, which every Holy Week is the meeting point for the Via Crucis. The property offers a great cultural-historical richness next to the Museum of Indigenous Carvings and the colonial mansion that belonged to the former Solanilla family, which in the 18th century brought the image from Spain. In the town you can also visit the Regional and Americanist Museum, in a former manor house from 1908, with pieces that reflect these cultures.

Nearby, in Mayor Drummond, is the Emiliano Guiñazú Provincial Museum of Fine Arts, with its late 19th century style building, where the artist Fernando Fader painted wonderful murals in the hall and in the indoor pool.

This department in the northeast of Mendoza has traditional and centuries-old wineries, as well as important olive trees that also open their doors to the visitor, so it integrates the Wine and Olive Route. There you can enjoy walks between the vineyards of Coquimbito and Russell, to delve into the wine culture, either as spectators or protagonists, participating in pruning, harvests and targeted tastings or live unforgettable gastronomic experiences. Artistic and cultural expressions are also present in places such as the National Museum of Wine and Harvest in Maipú.

Lavalle welcomes visitors in typical Creole stalls with its enramadas and goat corrals, where exquisite regional meals are served out of clay ovens such as roast chivito, stews such as chanfaina, locros, meat to the pot or empanadas. The farms, wineries and agro-industries show a rural landscape led by Villa Tulumaya, Costa de Araujo and Tres de Mayo, where fruit trees stand out, with tasty melons and watermelons, olives and exquisite vegetables. The region is characterized by the contrast of landscapes that are true oasis with large arid spaces, where undulating sand dunes appear. There are ecotourism activities in scenarios such as the Altos Limpios and the Telteca Forest Reserve, where among the flora of the mountain there are hundreds of carob and chañares forests and a fauna rich in multiple species of birds. The combination of rural, natural, cultural and religious tourism is part of the attraction of this area, where the heritage of the huarpes that inhabited the Guanacache lagoons is also rescued. Authentic handicrafts are produced there with ancestral techniques such as weaving looms with huarpes guards, braided in leathers, basketry of reeds or ceramic vessels. The chapels of Nuestra Señora del Rosario, San José, del Cavadito and Asunción are the setting for some of the most important festivities of the religious calendar, with colorful processions, rituals, songs and dances.

In the pedemonte area stands out the Cerro Arco of 1,658 masl., ideal place for practicing adventure tourism such as paragliding, mountain biking, aladeltism, horseback riding, running and jogging, among others. In Las Heras there is also El Plumerillo, a site of great historical relevance because it has hosted the training and quartering camp of the Army of the Andes. By Av. Champagnat to the northwest you cross the attractive area of El Challao, which for its height and beauty serves as a viewpoint towards the city of Las Heras. Also stands out the  main sanctuary of the Virgin of Lourdes , with futuristic design.

8 kilometers from the city to Las Heras, Divisadero Largo is a geological nature reserve with fossil records of 240 million years old. It has signposted interpretation trails, from 1 to 4 hs. of duration and service of professional guides. The place is under the supervision of park rangers and is ideal for outdoor activities.

Also in Las Heras, following the old royal road, stands the protected natural area of Villavicencio, with its mineral water shed. It is an area of observation of native flora and wildlife watching, where you can see the famous postcard of the old Hotel Villavicencio. Excursions can complete the tour to Uspallata, including El Balcón, Mirador del Aconcagua, Jesuit Ruins, Paramillos, Darwin Petrified Forest, Zorra Water and Tunduquial Hill, among others.

Discover one of the most biodiversity environments in Argentina