The Laguna del Rosario is one of the few tourist sites offered by the department of Lavalle. Religious tourism and trekking. 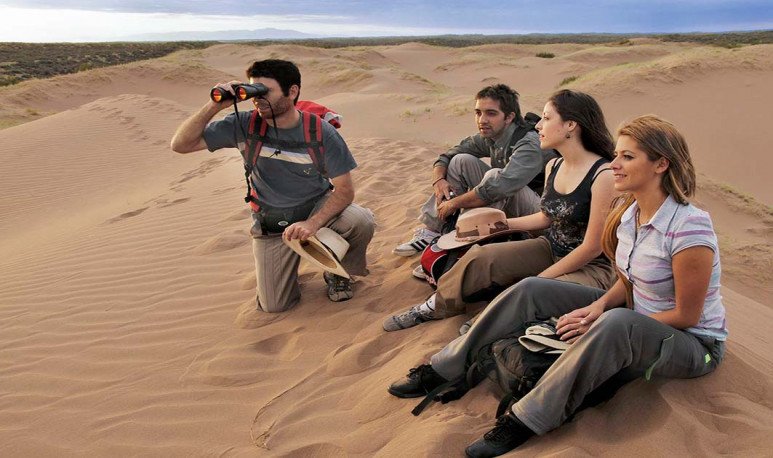 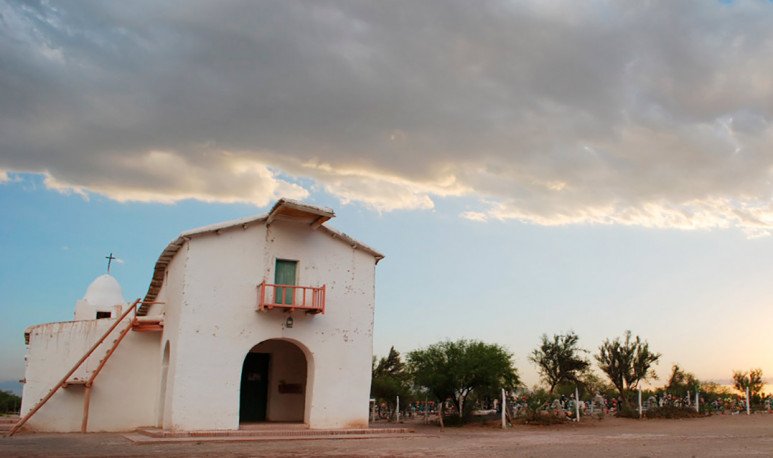 The north of the province of Mendoza is forgotten, touristically speaking. The department of Las Heras is the only one that offers a specific attraction, but, if you look at the map of Mendoza, it does so in the town of  Uspallata  or with the hill Aconcagua, which are located in the west and in the southernmost part of Las Heras. While Lavalle is not notable for its tourist sites. Therefore,  history and religion should sneak into talking about a place visited by tourists in the north of Mendoza. This is the Rosario Lagoon .

It is a set of chapels, some dry lagoons and a desert landscape that is located in the lavallino rainfed, 70 kilometers from the city of Mendoza. The place is accessed by Route 40, taking some detour to our destination.  The road consists of a mince that breaks the desert into two, passable for all types of vehicles. However,  it is a must for motorcyclists , so it is very common to see motorcycles of all types and sizes in this area.

Geographically, it has already been said that  everything is part of the huge Lavalle desert . But this is explained by the fact that the northern oasis of Mendoza, composed of Gran Mendoza and its surroundings, is located between the Andes and Lavalle Mountains, diverting water from the Mendoza River and many others, preventing their arrival in Las Heras and Lavalle. This is why he understands that, in the past, possibly,  the area of Laguna del Rosario, has been wetter and has had the lagoons that give the place its name.

When we get to the place, we notice a different atmosphere.  The lack of technology in the place generates the feeling of traveling back in time, towards the time when the colonizers sought to evangelize the aboriginal peoples , among other things.

The Chapels of Our Lady of the Rosary of Guanacache, along with the Assumption of the Virgen del Tránsito and San José, constitute a humble group of temples known as “ Cathedrals of the Lavalle Desert ”.

In 1601, Fray Juan Pérez de Espinosa, Bishop of Santiago, established eleven parishes or doctrines, in aboriginal areas, for evangelization.  Four were established in Mendoza, the oldest being San José de Corocorto La Paz and the one we are dealing with, Nuestra Señora del Rosario de Huanacache in Lavalle, in the early seventeenth century.

In the middle of 1750, a construction with adobe walls and roofs of cane, straw and clay very similar to the current Chapel of Our Lady of the Rosary.  However, the earthquake of 1861 seriously deteriorated it, being quickly recovered, with the original architectural style that distinguishes it.

Nowadays, the tourist practice consists of getting to know the chapel, with its 150 years of recent history, making some  treks known as “lagoons” and having a good roast in sectors where visitors have made some reservations for fire.

5 Things to Consider About Atuel Canyon