It is a historic tourist town of Mendoza, but it has been relegated in recent years. Since the opening of the tunnel, Cacheuta smiled again. 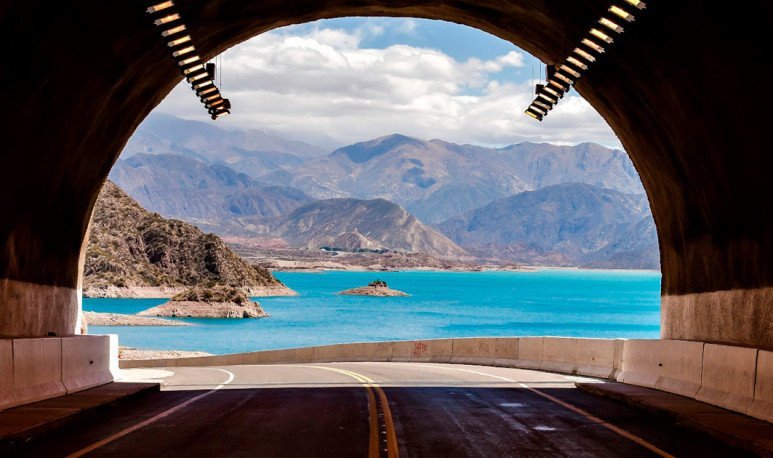 It is a district located in the department of Luján de Cuyo, just over 40 kilometers from the City of Mendoza, along Route 82. There is located Cacheuta, a town that knew how to live from tourism and travelers who took this route tohead to Chile.

However, in the early 2000s something happened. Mendoza inaugurated the Potrerillos dam and, with it, Cacheuta's dream fell apart.Route 82 was interrupted, or actually flooded, by that huge body of water that the Mendoza needed to keep and take care of the water, which is so lacking . But of course, the main problem was for the neighbors and shops of Cacheuta. Only those who chose that point as their destinationarrived there. He missed the passenger, the one who made a stop to eat or sleep.

Thus, the life of this town was extinguished. Historic bars, cafes and restaurants were forced to close; their existence was untenable. Barely the Baths of Cacheuta remained a place really demanded. The trip to Chile was made exclusively and completely on Route 7 and no one stopped to consume.

One day the sun came up

However, whenever it rained it stopped. A good day in 2018, the construction of the Cacheuta-Potrerillos tunnel was completed.A work and a necessary historical connection were inaugurated . Cacheuta smiled again. From that moment on, those who want to get to Chile, Uspallata or Potrerillos can do it on Route 82. Bars and restaurants began to increase their work and even new shops were opened.

Today it has once again been a tourist path, which ends with a magnificent view of the Potrerillosdam, as it exits the tunnel. The ruterer can stop at Luján Beach, on the Mendoza River. Enjoy a coffee at the classic Entre Dos and stop for lunch at Mi Montaña or at any of the restaurants in the area. Everyone already has a varied gastronomic offer and is grateful to be back to what they were 20 years ago.