The most populated city in Mendoza has incorporated an important network of bicycle paths. Neighbors and tourists occupy them for cycling. 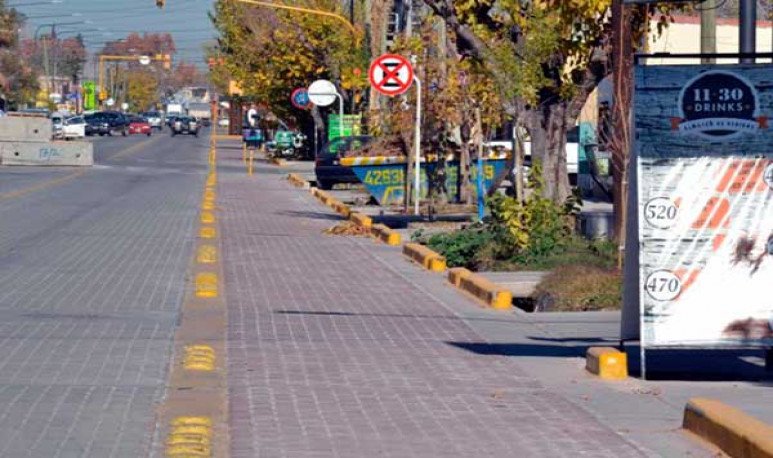 Because of sustainability, comfort or because they are more economical, bicycles have been gaining ground over the years. True, in other cities, this practice is much more rooted. However,  in Mendoza, the custom has taken a little to settle, but it has done so. More and more people choose the two wheels blood drive as the main element of mobility.  However, many others choose it just for a bike ride.

In response several localities in the province have experienced an exponential growth of  bicycle paths .  Very criticized at first, like every change, but accepted after a while.  In its beginnings, many pedestrians and motorists complained about taking away space on the streets and on the sidewalks. However, after a few years, we have all learned to live with them.  The first to consider this objective was the department of Godoy Cruz. Then Capital followed him. And, now, Guaymallén looks like the other city that will give this option to its neighbors.

“From the Municipality we have faced a comprehensive work that is the incorporation of a network of bicycle paths into the urban fabric of the department,” Julián Fernández, the Project Manager of Guaymallén, told a local newspaper. In addition, those who are eager to pedal, will be able to make the desire, as they will be able to complete a long bike ride: “ Currently, we have projected 64 kilometers of an integral network of bike paths.  This includes an internal part, to move within the department, and another external part, which is linked to the cycle paths of the metropolitan area of the province, within what is known as the Unicipio.” It is that, both the Godoy Cruz and Capital bike paths, are connected to each other and, in turn, they are with those of Guaymallén. “ Today we already have some 19 kilometers of bike paths executed and we are building four more ”, completes the Project Manager

A good bike ride is one that goes among trees, with green lawn around and beautiful birds giving the beat to the situation.  The parks of the East Access offer that. This is the green spaces that surround one of the main highways in Mendoza. These are crossed by paved trails that serve cyclists.  “ It was one of the starting points. Improved the asphalt folder of the trail. It is intended to be shared between cyclists and runners,” said the official.

A path by stages

Obviously, 64 kilometers of bike paths cannot be realized overnight. “Let's go little by little and in stages. It is not only to delimit space, but  also to demarcate and signal sectors. We are improving the intersections of the east access avenue with the perpendicular streets ,” said Fernandez. This is because, any of the exits of the eastern access, cross these green spaces, with vehicles that come at high speed. Thus, the need for signage becomes indispensable.

Far from being resisted, more and more people are taking a bike ride on the bike paths. “ We notice that as we build them, people are incorporating the bike paths ,” said the local Project Manager. And this was not achieved alone, but there is a communication strategy for the population: “We recently uploaded to the official  website  and Facebook the bike path plan, so that everyone knows it. Today we have bike paths running in lano Godoy Cruz, in Mitre Street, Libertad Street, in lane Ponce. And little by little we are joining the urban plot” concluded Julian Fernandez.