Home Travel Mendoza Are you an enduro fan?

Because it is located at the foot of the Cordillera, Mendoza is ideal for enduro. We tell you about 2 must-see tours, and very close. 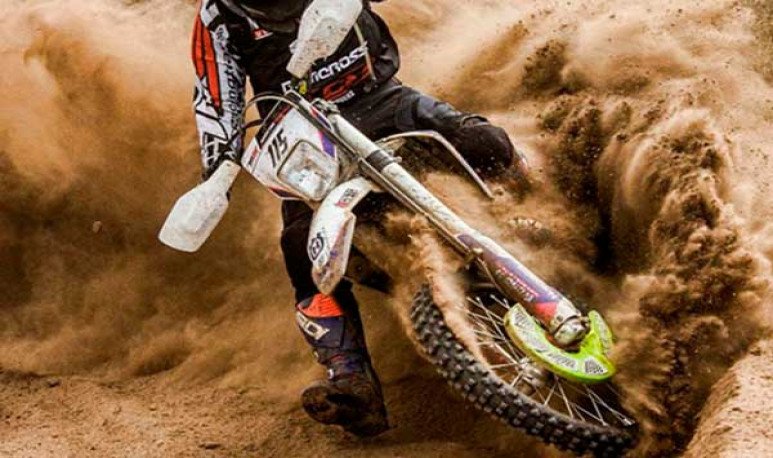 Looks like a lie, but it's true. If you are in Mendoza,  in an hour you can leave your house (or stay), enduro and return.  Some circuits are located on the outskirts of the Capital and are easily accessible.

Motorsport awakens the passion of crowds in our country, while, within this area, motorcycling and, above all,  enduro, is one of the most practiced practices in Mendoza. Its geography predisposes fans of the two wheels to lean over the decks with studs and to enter the mountain  which, in some cases, is literally in front of our houses.

True, it's not a sport for anyone. In addition to being passionate about risk and adventure,  the endurist also has to have an important budget. The bike, the clothing, the maintenance.  Everything does to a final number with which you have to have at the time of making a voyage, which marginalizes more than one applicant, who remains only in that, aspiring.

But, if you are in the group of people who have everything you need to perform enduro, we leave you  2 totally recommended circuits in Mendoza . They're very close, or inside, to the city. In the blink of an eye you can get into the mountain, away from the riots of urban life. Although, of course, with your motorbike exhaust in the background.

It is a circuit that is located  behind the Frías containment dam , which was destroyed by a barrage in the 1970s. In addition, it is to the south west of the famous  Cerro de la Gloria . It has a circuit of steps and several sections of cornices. As one of the first circuits drawn in the history of enduro Mendoza, it  has been marked with signage both in the dry rivers and in the paths made by animals, and in the so-called evacuation stings.  The signs were installed in order to indicate to the pilots which are the zones that have dual direction of traffic, which have only meaning and, also, seek to signal contramano points.  This work has been done by individuals with whom the municipality maintains close relationship  in conjunction with the stalls in the area as it is an important tourist potential for adventure that must be preserved as such.

It should be noted that it is a rather hard circuit, consisting of a very technical route of trails along the  alluvional rivers Las Bateítas, Papagayos and the tributary of the Frías dam . Dust in suspension that makes it difficult to travel some sections, gutters, steps, thick stones. However, running on it distilles adrenaline and passion from both wheels. It's unique, with history and charisma. It also impacts the landscape. It is a sample of the flora and fauna of the desert Mendoza.

This exit starts by passing the  RP 13 ,  starting in the Barrio Municipal de La Heras.  Arriving at Las Chilcas, a dirt road begins. From here, in general, you will find the most deteriorated part of the road until you reach the top of the snails, at 2020 meters above sea level. On the way to the next point, we pass through the  Casa de Piedra post , until an intersection of Tres Quebradas, where is the same name. Right there is a hike that goes up to “La Ascida de la Mili”, a highly recommended ascent of gravel and stone of one kilometer in length.

From there begins the journey. The circuit continues along  a very marked trail, as it is a well-known place, and used by many lovers of mountain and outdoor sports , continuing to the summit. Between curves and countercurves, and some very marked slopes, we reach the top of Cerro Arco. From there, taking the right back we follow a footprint (also very marked) of 2.6 kilometers that takes us without problems to the  summit Saint Thomas Aquinas . From this point, a smooth slope of one kilometer continues. Just after the first elevation, the landscape recovers docile forms. It is followed by a small stretch of 500 meters of cornice, which announces that the route is about to end. After the ledge,  only one kilometer remains to the hill Gateado . Last earring something more demanded, rewards us with the artisanal cross of the Gateado that concludes the circuit.