Home Travel Mendoza A walk through the cemetery

A different option for entertainment (and morbid) of many. The Capital Cemetery, in Mendoza, offers night tours. 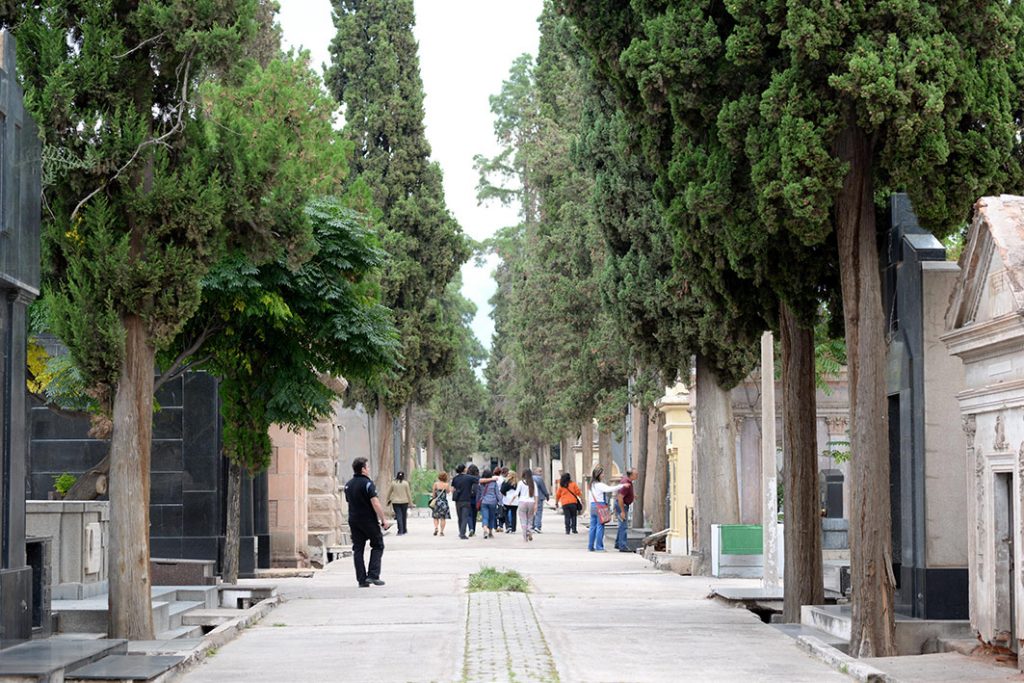 tourist options in Mendoza are not limited to the wine or the mountain. For several years, tours of the capital cemetery have been an increasingly popular attraction.These include knowledge and data from our history, but, also, and especially in the evening options, they are a must-see entertainment tool .

Every second and fourth Saturday of every month, hundreds of Mendoza and tourists come to the cemetery. And it is not to visit a deceased person, but to learn about the culture and funeral art that exists in the place. There stands out the history of Mendoza in the different governors, murderers and cultural icons of our land that rest there.

They are guided tours where different themes are explored from the characters that are visited, such as political figures, winemakers, but also some topics such as “myths and legends” or “ Freemasons.”The idea is to highlight spaces that have been forgotten and lost in history .

Everything emerged from the research of the Seville brothers. They undermined the story of these characters and realized that there were many historical figures.They communicated with the Municipality and offered such an option . From the commune they emphasize that the cemetery is always thought of as something morbid, but here what is sought to rescue is culture. And the idea of doing it at night is not only to convey information, but also to offer an experience, to get people out of everyday life.

Who can be visited

An example is the niche of Frank Romero Day, who in 1936 created the National Harvest Festival. Another is the mausoleum of Rito Baquero. He was a Spaniard who arrived in Mendoza in 1883, fell in love with a Mendoza and married. He bought a farm in Maipú and opened the winery “Baquero”, and the cemetery mausoleum is a replica of the original, which is in Barcelona.