Home Travel Mendoza 5 things to know before climbing the Aconcagua

5 things to know before climbing the Aconcagua

He started a new season at Cerro Aconcagua. Thousands of walkers arrive in Mendoza. Here are some things to keep in mind. 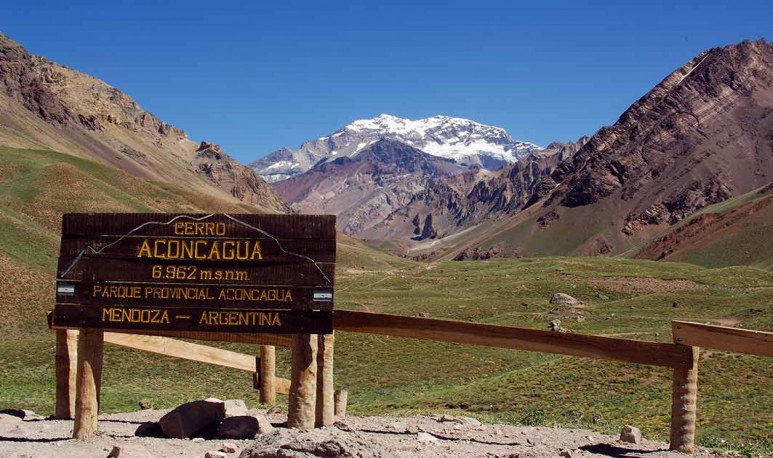 The summit of America. The highest hill in the world after the Himalayan cord.  6962 meters high . All that means Aconcagua Hill. Many climbers climb it as a previous step to face the so feared Everest. Others have it as a goal to meet sometime in their lives. Not only do professional andinists face it, but also ordinary people, athletes, who want to achieve different goals. If you're in any of these cases, this note is for you.

The park administration is provincial. It is important to take this into account since any procedure, payment of fees, obtaining access, etc. must be done in Mendoza. The season runs from  November to March . On average,  7 thousand people enter  the Aconcagua  provincial park  in that period.

From $3,000 to $59.000 (950 USD). The wide range of prices is explained by the fact that rates vary according to multiple factors. The origin of the andinista is taken into account. This is if it is a foreign or national person. In the second case, in addition, it is distinguished between Mendoza or from other provinces. The timing of the season is also taken into account as, as presumably, there is high and low season. Another important factor is whether you are going to climb the normal track or the south sector. That also determines the cost of the shipment. On the other hand, the price also changes if assistance is contracted for our shipment. Finally, it is also important to mention that the price varies depending on the route we want to do since, as explained below, you not only enter the Aconcagua provincial park to summit. There are also other tours,  trekkings , etc.

Upload the Aconcagua includes other types of obligatory expenses other than the fee and permits. Take into account the  equipment  that, rented or purchased, is very expensive. We also have to consider the  fees of the guide  that will accompany us and which, in many cases, will save our lives. It's just that we can be very well trained, but  you never know if we can summit until we're there . Go raising the altitude, climbing meters above sea level and having  less oxygen to breathe . Only in those circumstances will we know if we can keep going up or if we should go down. And that is why the figure of the guide is essential. It will be he who will evaluate us and have the final word on whether it is risky to continue or not.

Many times the mountaineers who summit in Aconcagua have completed different circuits previously, within the same park. The minimum that can be done inside this, and with zero difficulty, is the route of Laguna de Horcones. It is about walking along trails around the lagoon for about 500 meters. Then there are a series of  trekkings  that can be completed on the  day or  , the longest,  in 7 days  . They are all part of the same ascent route, but you only reach a certain base and start the return. Finally there is the most sought after option: ascent.

5. Via Normal and Vía Sur

These are the two options to enter the park. The Via Normal has its entrance through the Horcones Lagoon and is the easiest and most used. To summit this road does not require mountain training. He walks permanently. Although, of course, you do need physical fitness and strong preparation. On the other hand, the Vía Sur, known as the Valle de Vacas, is the most complicated. It only offers a choice of trekking and climbing. On its way there is the dreaded  “Glacier of the Poles”.  As the name indicates, a glacier of immeasurable size that has claimed the lives of dozens of climbing players over the years.

The data we all like. Historical records and ascents: