5 Things to Consider About Atuel Canyon

Water and wind have generated millions of years old rock formations. Atuel Canyon is a real lure for tourists. 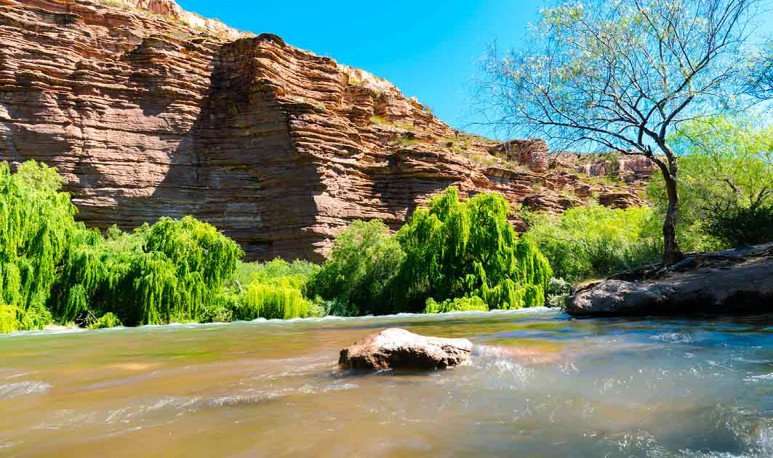 A walk through the Atuel Canyon. The perfect plan for your own and others, for Sanrafaelinos and tourists. What is it? How to get there? What to do? Here, the answers.

The legend of the Atuel River

Like all mountain areas, the canyon and the Atuel River have their legend and, once again, with the Aboriginal tribes as protagonists. In this case, the story told by the locals tells that  there was one time the water from the Atuel River did not run any more. Drought manifested in the canyon and the aboriginal tribes who inhabited the area began to pray and beg for the arrival of water . Children and the elderly lost their lives and adults feared for the same.  One day, the chieftain of the tribe met a lonely woman who lived near them. They fell in love and had a son, whom they called   Atuel  .

In the midst of the drought, the situation became bloody.  Inside the tribe began internal battles . In the midst of so much hostility, the woman with Atuel began to walk towards the top of a mountain and, looking towards the sky,  begged for a little water that would cut off the drought  but also bring the members of their tribe back together.

When the pleas were not enough,  the woman understood that she should give her life and that of her son. Thus, before dying, they dropped a tear each one, giving rise to strong streams of water , thus reborn the so-called river Atuel.