The Cueva del Indio treasures more than 11 thousand years of history inside. Volcanic formations attract thousands of tourists every year. 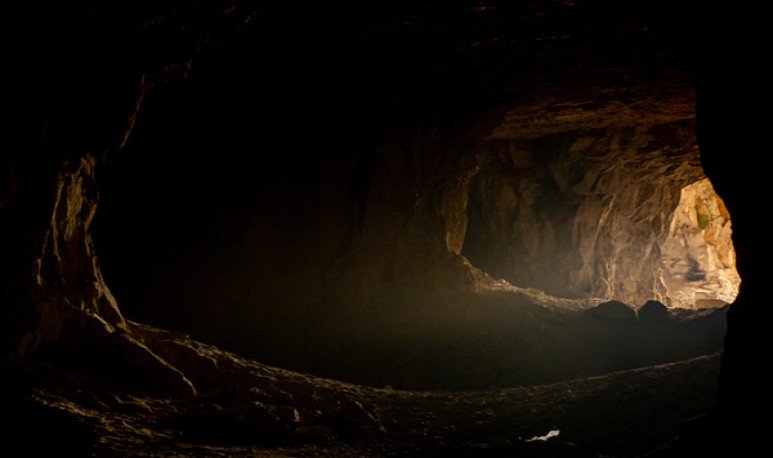 In the department of San Rafael  there are several archaeological sites discovered and others, it is assumed, to be discovered.  One of them, considered one of the most important in the country and the continent is the “Indian Cave” or “Indian Cave”, located in volcanic formations of the  El Sosneado district, is a spectacular archaeological site with traces of 10,000 years old, and the great hunters used it as a ceremonial center.

Just  under 25 kilometers from the city of San Rafael is this archaeological site,  considered one of the most important in  South America . It is possible to study the first human settlements in the area. It is a site of great archaeological value because it allows a very clear record of the human presence in this part for at least 11,000 years. 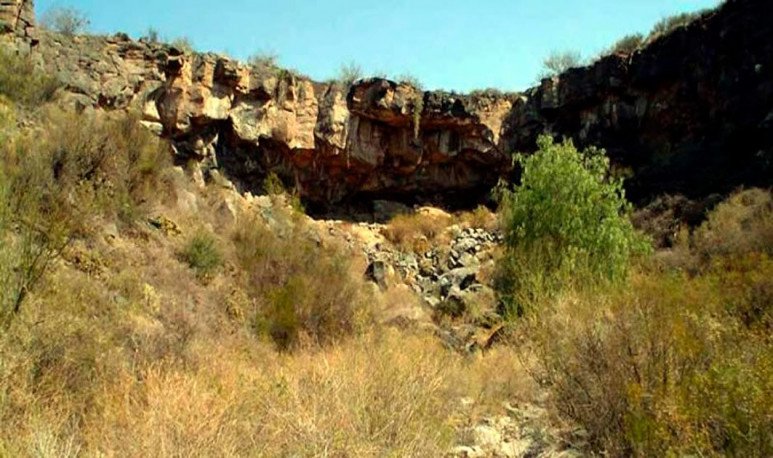 In addition to magnificent petroglyphs, the cave  has relieved lanceolate projectile tips associated with excrement and mylodon bones and megateries. In studies conducted since 1950 by archaeologist John Semmar and the then young student Humberto Lagiglia (later consecrated archaeologist) urged as the great discovery a burial bale containing the mummy of an 8-year-old boy.

In this “bale”,  today on display at the Museum of Natural Sciences of San Rafael, was found a basket with quinoa seeds   and recently many more seeds of beans, zapallo and corn, as well as fish remains  , indicating that these humans consumed fishery products; a finding of great importance for archaeologists. This culture has been called the farmers of  Atuel .

Also in the same museum is exhibited next to the mummy, a series of items in perfect condition such as the basket that was used to put on the head of the deceased, a kind of saddlebag with embroidery of small snails.  This “bag” also perfectly retains the color with which the guanaco leather was dyed.

Therefore, from the moment of discovery and until today, the site was transformed into an archaeological research center  considered one of the most important places in South America.

In the vicinity of the cave there are a large number of  cave paintings , which are in good condition although in localized sectors there are processes of deterioration originated mainly by human activity.

Also in this archaeological site  there is an area of native vegetation of the mountain in a very good state of conservation (carob, chañar, molle, piquillin, and cacti among many other species).

It is the intention of the owners of the place (it is private property and accessed only with special permission) to link it with other nearby areas such as “Salto el Morado”, “Repair of red paintings”, “The Parapets of Atuel”, and the site “Rincón del Atuel 1”, among others, and form a controlled circuit for archaeological tourism visits.  For now there are guided tours in the Museum.

In addition, in El Sosneado, a place of great beauty, crossed by the Atuel River, we also find “The Glacier Las Lágrimas”, a place where the remains of the plane are still preserved, which in October 1972 carried a delegation of Uruguayan rugers, who fell in full Andes mountain range, shaking the world with the news and that the story later reflected in the book and film “Vive...”.