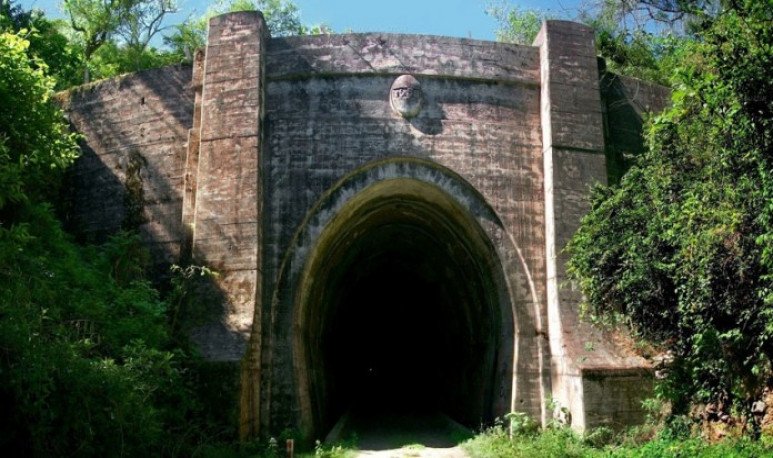 By: Gabriela Saavedra
When we say that in Argentina there is tourism for all tastes, we do not exaggerate. Let's talk about the mysterious tunnels of La Merced, in Catamarca, only 55 km from the city of San Fernando del Valle de Catamarca. These tunnels, which run through the mountains, were built in the 1950s with the aim of enabling the railway to reach other provinces of the NWO and facilitate connections. However, due to the weather conditions in the area, it was never able to function because they were constantly flooded. Today, the railway tunnels continue there, in the middle of the jungle, and have become a tourist attraction for adventurers and the curious. But there is something else that attracts visitors there: there are those who have perceived strange noises and lights inside them, and there is a legend that supports that theory. They say that, during the construction of the tunnels, some of the workers who worked there died and that it is they who produce these sounds to prevent people from entering the site. For those who want to try it out on their own, the place has a camping service with electricity, drinking water, camping space, barbecue facilities and bathrooms.