San Blas de los Sauces, 180 kilometers from the capital of Rioja, is a place surrounded by a lush landscape and has a unique archaeological treasure inside 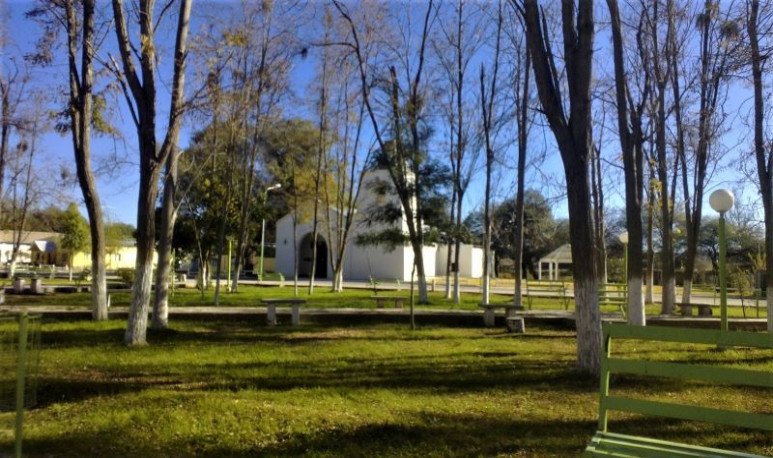 Saint Blas de los Willows   , north of La Rioja, has the particularity of being surrounded by mountains upholstered in green, with streams running through streams guarded by poplars. A place where you could rest and enjoy a really wonderful climate. The river   From the Willows   It runs through a valley and, along its entire route, willows caress its crystal clear waters.

Every 3 February the head of the department, located on the RN 40, performs the usual and popular festivities   San Blas   , patron saint of the town. Thousands of parishioners from all over the province and neighbouring Catamarca arrived on that day to thank for the favors received. On that day an image of the saint, from the 18th century brought from   Alto Peru,   tour the city in procession and then return to the beautiful church with thick adobe walls and solid wood access gate. San Blas is invoked by announcers and singers because he is the patron saint of throat diseases. That is why among the faithful are those who perform this activity or people who have work related to the voice. Thus, the promissants end up singing to their saint, transforming the liturgical celebration into an authentic festival

What to see in San Blas de los Sauces

Pucara de Hualco-Tamberías   : This is the star of the place, it is located a few kilometers south of the city. It is a pre-Columbian fortress tangible testimony of native peoples. The archaeological site consists of rectangular rooms. In the place archaeologists have found remains of pottery, arrowheads, among other elements of the original peoples that lived there.

Sierra del Velasco:   In them there are different types of walks in hiking or on the back of mule, the most attractive are the Quebrada de Suriyaco and Tuyubil. They are very similar as they are made on the skirt of Velazco. Natural spas and small waterfalls form in its rivers.

Andolucas:   is a water jump with a hole of seven meters deep being an ideal place to cool off in summer. A dense grove wraps it ideal for the campsite that shelter, this has all the services. There are also cabins, fully equipped, for those who want that type of overnight stay. For those who want there is also the possibility of rappelling. On site Casa del Artesano, it offers for sale products and handicrafts of the place. Annually the Provincial Tourism Festival is held there.

El Rincón:   It is a ravine with a waterfall over 20 meters high. It is known in the area as the Tail of the Bride, as it looks like it. The surrounding vegetation mixes wild flowers with medicinal and aromatic plants.

Quebrada de Hualco:   its entrance is made by the town of Los Robles. You can enjoy its crystal clear waters and abundant vegetation.

Agritourism in Neuquén: why they choose it so much