In the department San Blas de los Sauces, province of La Rioja, we find this town with many tourist attractions. 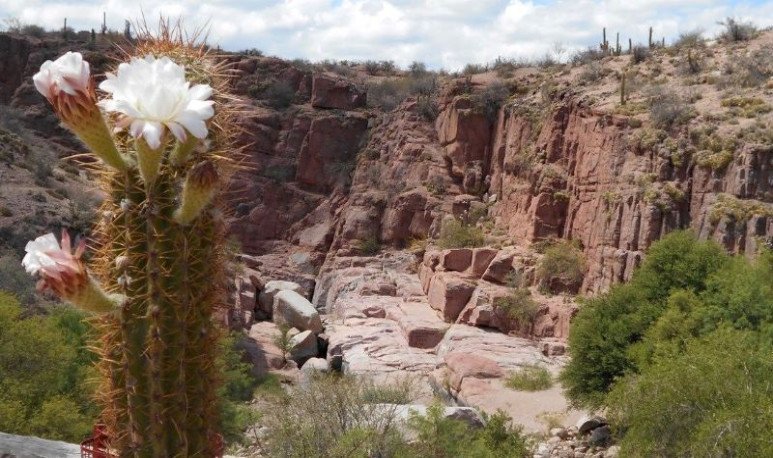 In La Rioja we have a lot of destinations to visit, including Alpasinche stands out. It is a  village  full of culture, located in an agricultural area near the river Los Sauces, which is used to irrigate the crops. It contains an important part of our history.

How to get there and what to do

Taking as a reference point to provincial capital, if we go by car we will take Route 40 to the  north . Surely we will run into Guandacol, pass by Vallecito Encantado, then Villa Union, Cuesta de Miranda, Chilecito. From here we open the way. We continue along La 40, reaching the so-called “Nueva Traza”, which will take us to San Blas de los Sauces and Alpasinche. Of course there is the possibility to travel to the destination by bus from La Rioja or on a departure with an authorized tourism agency. But, it is advisable to do yourself to enjoy the beautiful places on Route 40.

We will reach an arid town that tells its history as soon as we enter. With  houses  painted in a curious yellow hue, surrounded by railways. In it we can visit three memorable places.

The majestic “Camino del Inca” a circuit of almost 1500 kilometers, from the Province of Salta, to the north, to the province of Mendoza. In one of its branches it passes through La Rioja, precisely through the Paccipas Valley between Andalgalá and Alpasinche. This road was used for harreo of freight animals. From Alpasinche the trail forks into two: on one side, towards Tinogasta by the Colorado River and on the other, towards Wutangasta. While we walk through the beauty of places granted on this excursion, we will observe one of the forts that protected the region known as the ¨Pucará Hualco¨.

For all tours it is necessary to have the services of an enabled tourist guide, as it is easy to get lost Another point of interest is the Old Train Station, where the hike begins following the railways. If we follow the tracks we will find what Route 40 has to offer us around the town. In all exits it is best to bring water to hydrate. The  railway  that circulated until its closure in 1977 belonged to the Central North Railway and then to Ferrocarriles Belgrano. He was known as the “Ramal A5”.

Last and not least, we will visit the “Fort del Pantano”, declared a National Historical Monument. This is located near Alpasinche in the village Bañados del Pantano, located in the desert countryside of Paccipas on the north bank of the Colorado River. Here we can find multiple remains of ceramics from the native and Spanish occupation of the area. There will also be the ruins of the high adobe walls of the fort. Due to lack of care, it is not in an excellent state of conservation, but it is still possible to enjoy its magnitude and beauty.

Brief history of the region where Alpasinche is located

The region where the village is located has more than ten thousand years inhabited. The primitive dwellers were hunters and gatherers. When modernized by acquiring agricultural techniques, they adopted the lifestyle together to a pottery culture. The Incas took the region around 1450 incorporating it through “El Camino del Inca”. In 1535 the Spaniards arrived who ended the Inca ties, in the expedition of Diego de Almagro. In 1558 the first city of the region was founded, it was called London (in what is now Catamarca), located north of Alpasinche. Between 1560 and 1666 the “Calchaquíes Wars” took place, in which the aborigines disrupted the Spanish cities. In 1635 the “Fort del Pantano” was built. In 1648 the church San Blas de los Sauces was built. The railway arrived in the area in 1911 but, in 1977, it was closed down, removing a great means of mobility and transport to the region. In 1979 the section of Route 40 was changed so that, in this way, it passes through San Blas de los Sauces and Alpasinche.

Alpasinche is a place where the stories of yesteryear are remembered. They have recorded their existence, forming part of the region's own culture. A point where it is possible to renew air and learn more about our wonderful country.

A picturesque place: the historic village of Yavi

The 4 most amazing routes in Argentina