Home Travel La Pampa Why should you know Santa Rosa

Santa Rosa, capital of the province of La Pampa, is one of the strategic points between the Pampas region and the beginning of the Patagonian region. 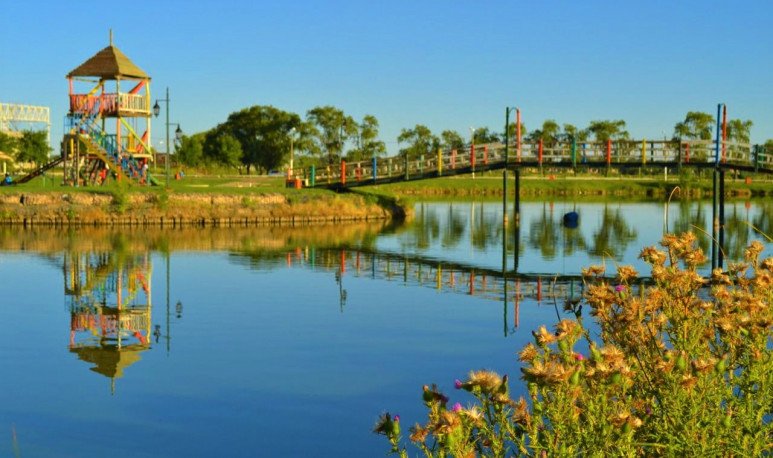 Santa Rosa was for a long time a place to spend the night to reach other destinations. With the growth of tourist options that were generated, the capital of Pampas became a destination that you should know.

The history of the city is tied to the so-called conquest of the desert when, in 1883, Colonel Remigio Gil received eight thousand hectares as he paid for his services during that massacre of native peoples. Gil installed in those lands, today Santa Rosa, the cattle establishment La Malvina. The official foundation of the city was carried out on April 22, 1892 and the name is in memory of the wife of the first inhabitant Rosa Fuston de Mason.

The capital of La Pampa offers various types of cultural attractions, as well as excellent gastronomic proposals and popular festivals. Three mandatory places on your next holiday in Patagonia are the Provincial Museum of Arts (9 de Julio y Villegas), which, without losing its predominant relationship with the plastic arts, extends to the other visual arts: photography, film, video, television, advertising, scenery and architecture. The Museum of Natural History (Pellegrini 180), its rooms show examples of the natural and anthropological sciences of the region; and the Municipal Cultural Center (Quintana 172), in a building of more than 100 years that the Municipal Historical Archive “Hilda Elena Paris”, the Auditorium “Juan Carlos Bustriazo Ortiz”, the “Eduardo Ferma” gallery, the “Ricardo Echaniz” photogallery, the “Enzo Fidia Camilletti” artisans yard, and various classrooms where workshops are held and the municipal artistic bodies rehearsed.

Other attractions of Santa Rosa 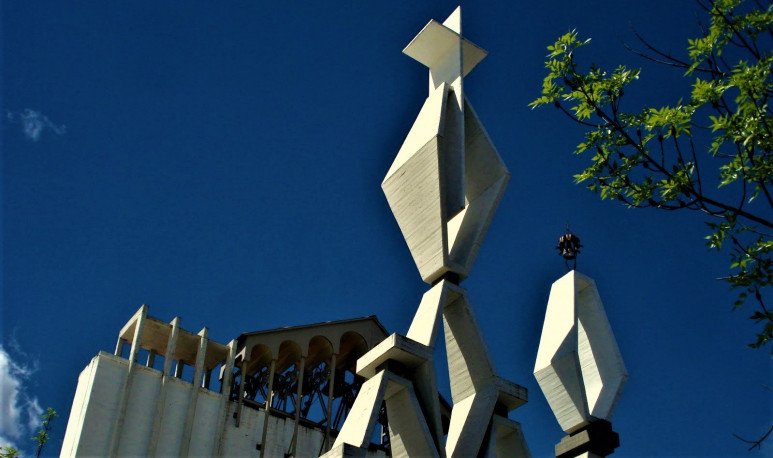 The Pampean capital offers an attractive   circuit of religious tourism  . It includes the Cathedral, located in front of San Martín Square, its modern façade stands out for the composition of fourteen stylized hexagons symbolizing the mystical body of the church. Twelve figures of equal size embody the first Apostles. This composition is completed by a larger image crossed by a cross representing Christ and another hexagon in a different way that, wearing a crown, symbolizes the Virgin Mary. The religious route is completed by the Sanctuary of Fatima, located on Don Bosco Square and a place of pilgrimages in front of which stands the chapel of Christ Thinking. Also the Monastery of Contemplative Nuns of Las Carmelitas Discalzas where the Virgin Mary of La Pampa is venerated, and the House of Nazareth, center of spiritual exercises that seeks to delve into inner life from a Christian point of view.

The  Spanish Theatre  (Hilario Lagos 44), is one of the most significant buildings of the architectural heritage of Santa Rosa. Since its inauguration in 1908, it was the center of the cultural and social activity of the city. In the  Artisanal Market  (Av. San Martín Este 729) a place where you can buy crafts representing the province. Products with natural textures and dyes in the fabrics, created by the original peoples and extracting part of the landscape of western Pampas. Also with the colour of the calden wood, the leather and the yokes that remind the creole that was encouraged to work the Pampas lands. 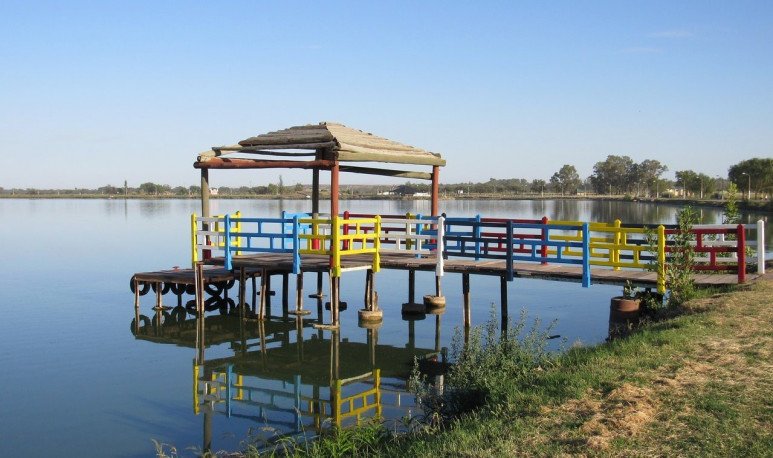 Don Tomás Recreation Park  (Uruguay Avenue 1165), 10 blocks from the central square of Santa Rosa, is a public space of more than 500 hectares. It offers a lot of grills, excellent grove, proveeduras, swimming pool, football courts, volleyball, basketball and softball, children's games, a health circuit next to the athletics track and a cycling circuit. There is also a tourist train, called the Puelchito, which runs four daily tours, approximately 40 minutes each, including the traditional points of the Civic Center and Don Tomás Park.

On the grounds of the park is the  La Malvina Urban Nature Reserve and Casa Museo , a place that belonged to the family of the founder of the city, immersed in a forest of native species and another of exotic ones, which invite you to discover them through the trails they have. This historic site hosts various leisure, sports, cultural and educational activities.

A walk through the surroundings of Santa Rosa

In the town of Toay, just 11 kilometers west of Santa Rosa, you can visit the Olga Orozco House Museum. To walk through it is to access your intimate world. Orozco, among many distinctions, received the “Juan Rulfo Latin American and Caribbean Literature Prize” in 1998. In that house was born and still there is the room with her bed, her dresses, shoes, suitcases, memories of her many travels around the world and family portraits. The window that overlooks the much-remembered tamarisks of their childhood is still there, ajar for the eyes of visitors. The house offers multiple activities, and guided tours are carried out free.

Almost 10 kilometers south of Toay is the  Autódromo Provincia de La Pampa,  inaugurated in November 2012 with a competition of Tourism Road corresponding to the penultimate date of the championship, won by Juan Bautista De Benedictis.

Material provided by the Secretary of Tourism of La Pampa

What is Gran Mendoza?