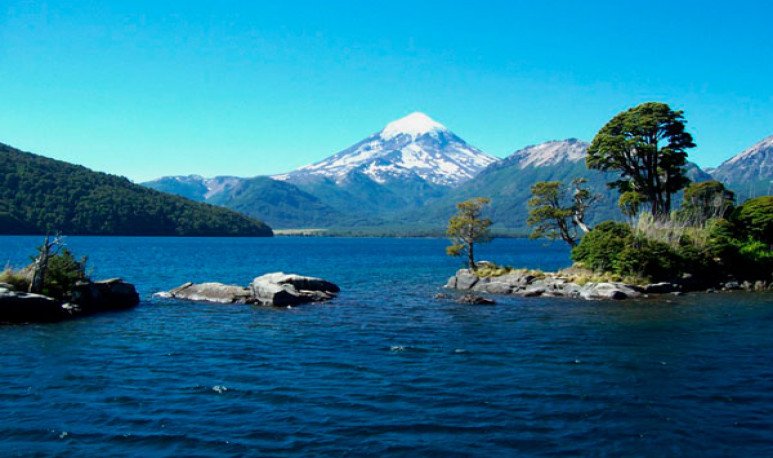 Patagonia  provides us with an infinite number of places to visit again and again. While thinking about  hot springs  goes back to   Rio Hondo  in Santiago del Estero  ,   Federación  or Villa Elisa in  Entre Ríos    or some places in the  province of Buenos Aires , in this region you can find four complexes.

In the province of Neuquén, are the  Copahue hot springs, considered one of the best in the world.

At the foot of Copahue volcano -in indigenous language, “sulfur place” -, the thermal complex is a true mountain range paradise that also has the particularity of gathering in one place different resources for treatments such as sludge, vapors and algae.

Its origins date back to pre-Columbian times: it was the Pehuenches Indians who discovered that soil emanations had healing properties. So, despite the sulfur smell emitted by the waters did not deprive themselves of taking baths in the pots of the place. But before starting the ritual they made an offering to “Aún-Co” who was the owner of the hot springs.

In the 19th century, Argentinean doctor based in Chile, Pedro Ortiz obtained permission from the chieftain Cheuquel, to take his patients to Copahue to treat them.

Already  in the twentieth century, Copahue was decreed to be a national reserve and almost 40 years later the construction of the complex began, which was inaugurated in 1983.  At first it was a proposal only for the summer season, but in recent years the offer to enjoy the snow was expanded.

In the province of Neuquén, just over 60 kilometers from  Junín de los Andes  are the  epulafquen  thermal baths.

Passing through the RP 62 you access the wonderful place, where you can enjoy thermal baths surrounded by the imposing Andean Patagonian landscape, in waters that range between 40 and 60 degrees Celsius.

Epulafquen is located in a small valley of glacial origin, with moist and swampy terrain, through which  the Oconi River, a tributary of Lake Carilafquen  (or Green Lake) and the stream of the hot springs that joins the Oconi River, crossing an area of mallín.

More than twenty hydrothermal sources have been investigated on an area of about 5 hectares of valley. The slopes form circular wells about two meters in diameter on both sides of the Oconi. To complete the experience, there are also themed trails.

A few kilometers from there is Lake Verde, with the characteristic of having its low coasts and extensive volcanic sandy beaches. There you can see a formation called Escorial, a lava mantle accused in an ancient glacial valley.

Changing province, but continuing in Patagonia, near  Guatraché , province of  La Pampa  we can find another thermal complex, in the property of the lagoon that carries the same name.

This place with extraordinary properties due to the salinity of its waters is recommended for people with contractures, low back pain, arthritis or osteoarthritis, as well as treatments for skin conditions with mud therapy.

Also in the province of La Pampa, is the  Bernardo Larroudé Thermal Center , in a quiet but picturesque town on the edge of RP 188.

In addition to the hot springs there are massages, sauna, whirlpool, mud therapy, reiki, relaxation room and gymnastics. Inside the property there are also cabins, restaurants, camping and facilities for practicing sports and recreational activities.

Breaking with the paradigm of mentioning Patagonia to associate it with the cold or with a wind that cuts your face, in the region the offer is endless, and includes hot springs.