Home Travel La Pampa In the footsteps of Favaloro

The urban circuit “After the steps of the rural doctor” travels the experiences of Dr. Favaloro during his years in La Pampa. 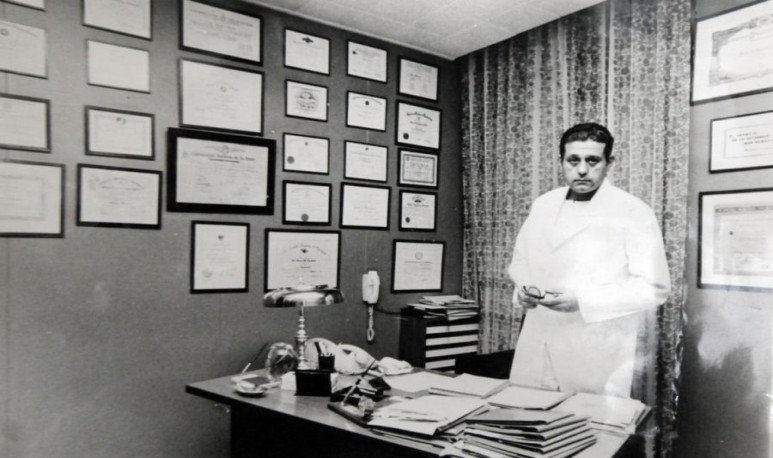 Certain people change the world:  René Favaloro , undoubtedly, left a legacy that we will never finish thanking. His personal and professional history had many stops, several stations where he landed and left his mark.  Jacinto Aráuz , in the province of  La Pampa , was one of them.

In  Jacinto Aráuz ,  Favaloro promoted strong changes in health, medical, social and, above all, human levels. There he began his journey as a  rural doctor  without imagining that a few years later he would forever change  cardiovascular medicine  in the world. At only 27 years old, in May 1950, he arrived at the railway station to replace the village doctor for a few months, those months ended up being 12 years.

Favaloro wrote in his farewell letter, “I was once presented at an academic event in the USA as a good man who is still a  rural doctor . Forgive me, but, I think, it's true. I hope they remind me that way.” His hope became a reality because that is how they remember him in  Jacinto Aráuz . Proof of this is the urban circuit  “After the steps of the rural doctor” , which   travels the experiences of  Dr. Favaloro during his years in  La Pampa . Taking as reference what he described in his book  “Memorias de un medic rural” , the Town Hall set up a ten-stop tour that allows us to approach and honor those who were the most famous doctor in Argentina.

The tour starts at the  railway station, where he arrived to take his first steps in medicine, there is today the  Historical Museum of Rural Physician & Rural Physician & Dr. René G. Favaloro” . The museum has a sample of the history of rural medicine and a room entirely dedicated to Favaloro in which some of his personal belongings are exhibited.

The tour continues through the Surgical Medical Clinic. Establishment that was raised thanks to René's joint work with his brother Juan José (also a doctor). In principle it was a modest place that grew thanks to the collaboration of the people: the Favaloro brothers summoned teachers, employees, fathers, mothers and church representatives to promote health awareness in the place. They taught health and prevention guidelines in that first aid room that would later become a clinic.

The third stop on the tour is the home of Doctor Dardo Rachou Vega, a village doctor until 1949 when a lung cancer separated him from his functions. In this same house is the first office where Favaloro attended upon arrival in town. The fourth stop is the Valdense Church, the scene of the first community talks in which he gave, along with her brother, guidelines for health care.

The tour continues through the doctor's family home, where he lived with his wife the 12 years he stayed in the village. The statue is then visited in commemoration of Dr. Rachou. A few meters away is the family home of Juan José Favaloro, René's brother, who remained practicing in the village when the famous doctor left Aráuz to specialize in cardiovascular medicine.

Other points of interest on the tour are the house of the uncles of Favaloro (those who called him to serve as a  rural doctor) and the old building where Juan Munuce's pharmacy operated. This pharmacist was a faithful collaborator who helped organize the first living blood bank in the village.

The last stop is the monument to René Favaloro, the work of the artist Eduardo Ferma, a small tribute to a man who lived until the last minute with the ethics and integrity that instilled him from his cradle; the man who invented the  bypass  to die with a shot in the  heart and oacute; n .

It is well worth making a stop on our tour of this province to remind the  rural doctor  that so many lives saved, soak us with its essence and inspire us. After all, we can all change the world a little from our place.