In the world, the only natural reserve of Caldenal is located 35 kilometers from Santa Rosa, discover 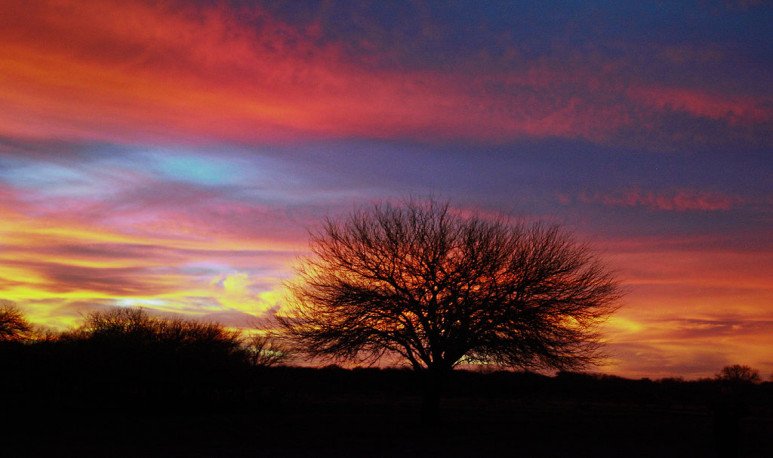 This tourism icon of the province of  La Pampa  has history, culture and nature in its 7,600 hectares (only 1600 are open to the public). Among them the largest caldenes forest in the world, close to 6000 hectares. The name of the Reserve is reminiscent of Pedro Olegario Luro, who, in the early years of the last century, erected the Estancia San Huberto and built the first organized hunting ground in Argentina. The Mapuche area was called Mamüll Mapú, which means Comarca del Monte, Comarca de la Madera. It was for the calden, the typical tree of La Pampa, which reaches 15 meters, the Reserve has several centuries old species. It is accompanied by other trees such as the chañar, the shadow of the bull, and the carob.

The place offers a historical tour that includes a guided visit to the  El Castillo Museum , declared a National Historical Monument, which allows visitors to access the Luro project. From the Interpretation Centre, groups of up to 15 people leave on tours of about 50 minutes. It is recommended to purchase the ticket when entering the Reservation as the quotas are limited. The place is neither more nor less than the hull of the stay. 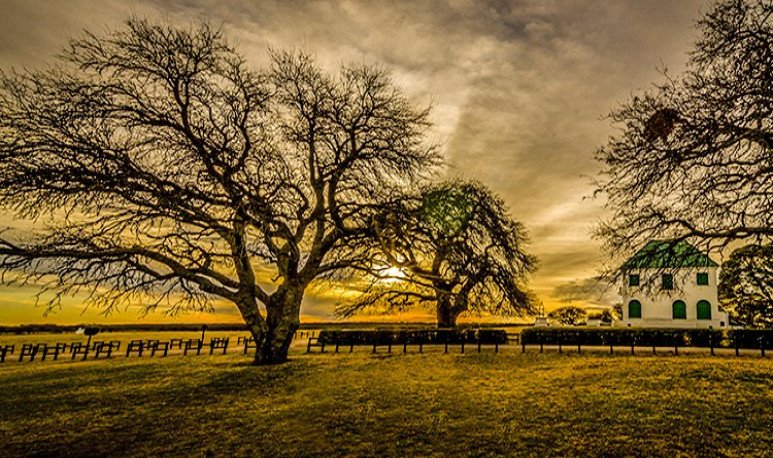 Other buildings still fully or partially standing, which completed the complex, were the utility house and kitchen, the boiler, the power plant, the pool, the ranario, the garden, the drum, the million (water) tank (for the liters of water it contains) and the San Hubert Museum. The latter possesses a collection of carriages unique in the country.

In the park the tourist will find references to the world view and aboriginal language, as well as walking through an ancient raking (footprints left by animal troops on the earth).

For those who like hiking, there are several circuits that require between half an hour and two hours of low difficulty walking, in addition there is one that can be done by vehicle. Everyone admires the environment in all its magnificence and coexists with a paradise of flora and fauna in a unique environment. Like the colony of parrots, whose song mixes with that of other birds such as churrinches, benteveos, whinkers, carpenters and baskets that inhabit among the branches.

It is possible to go into a calden forest, see more than 160 species of birds that inhabit terrestrial or aquatic environments and spot large mammals. Above all, in the so-called salitral area - this route is advisable to do it with binoculars or cameras with good zoom- where animals entering the salitrous mud, such as deer and wild boar, as well as waders, are seen from the coast. 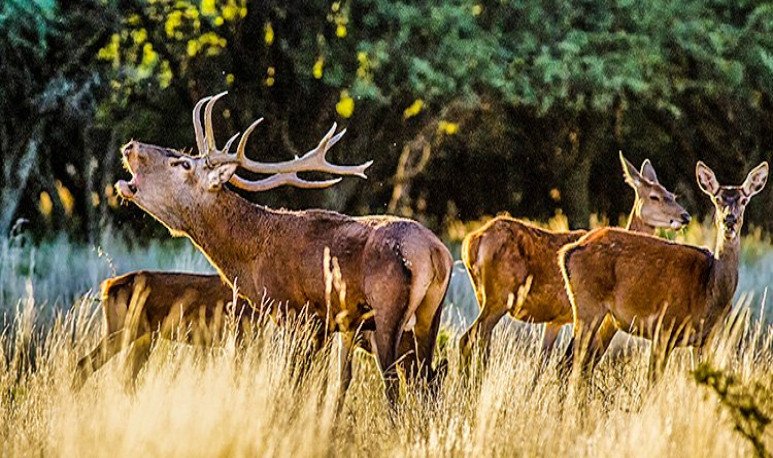 During March and April, in the calden forest, the red deer begins its reproductive cycle in which the alpha males emit roars, which flood the place, to impose their leadership on the harems and defend their territory. When sound intimidation is not enough, the struggles between veterans and young people begin. Guided outings to viewpoints allow you to enjoy this exclusive show of the province of La Pampa and Luro Park. The colony of these animals reaches 3,000 specimens.

The best moments to observe the  deer in bellow  are sunrise and sundown, so the departures start at 7 and 19:00 and last about two hours, which may vary depending on the attitude of the beasts.

In the town of Uriburu, 40 kilometers from Santa Rosa on the RN 5, is the Ojo  de Agua Lagoon  . A quiet spa surrounded by caldenes, ideal to enjoy the hot summer of Pampean. In its beautiful waters you can practice kayaking, windsurfing, kitesurfing and boating. The place has fundamental services such as: lifeguards, toilets, suppliers, wifi and, on Sundays in January and February, a transport from Santa Rosa, departing at 9:00 and returning to the capital at 20:00.

In the south centre of La Pampa, the city of General Acha has attractions of history, tradition and nature throughout the year. It has the particularities of the first villages in the region, with very well maintained historical properties. Among its main attractions are the Railway Station, the Traveler's Protective Cross, the Inmaculada Church and the General Belgrano Square. 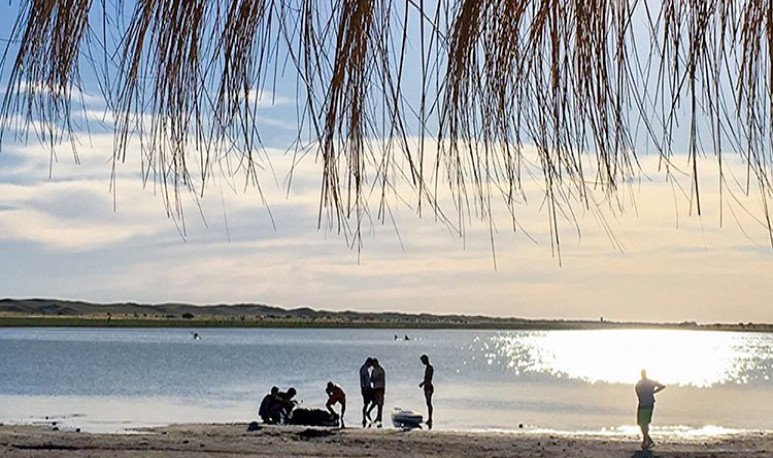 For those looking for nature, the Manuel J. Campos Municipal Park and Camping stand out. From the top of the fence the traveler will have the same magnificent view that a century and a half ago had the great Calfucurá, and that led him to settle very close to this place. Visiting the Park located on the RN 152 is an opportunity to appreciate memories of the provincial past and at the same time enjoy a large camping and recreation place.

12 kilometers from the city is the Laguna de Utracán Municipal Reserve, located in the homonymous valley, on the other side of the medanade that flanks the Argentino Valley. This typical pampas lagoon forms a mirror very suitable as a spa and water sports. The place is one of the centers of provincial mini tourism and has all the necessary facilities for recreation.

In the center of the province, about 230 kilometers southwest of Santa Rosa, lies the only national park of La Pampa. Its 32,000 hectares house a landscape of mountain ranges (in Mapuche Sierras de la Vida) and small streams, which turn the park into an oasis in the middle of the semi-arid region.

Very different from the environment, the supply of resources provided by the mountains allowed the settlement of indigenous peoples. The presence of rock paintings and other manifestations also allow us to infer that for these communities it was a sacred space. 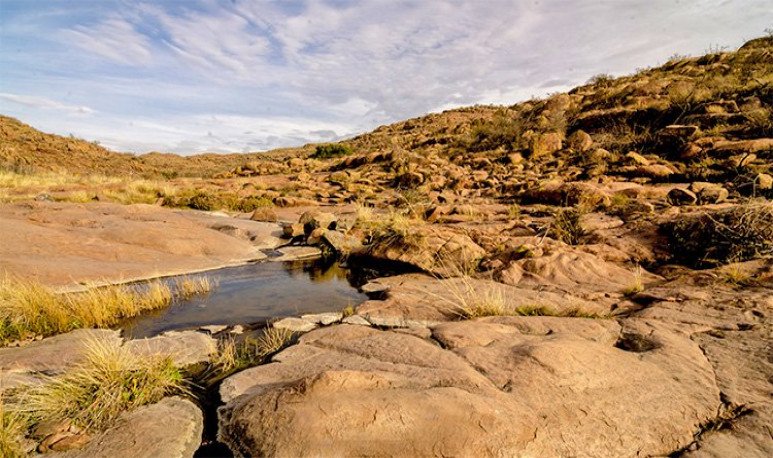 Among the trails stand out the Namuncurá Valley and Piedra Movediza (only with a guide enabled); and the interpretive trails El Chenque, Pinturas Rupestres and La Casona. You can also take a walk to the Cerro de la Sociedad Científica Argentina and visit the Likan Mapu Visitor Center.

These mountain ranges promote a particularly humid microclimate in contrast to the predominant environments in the region. On the other hand, this benefits the local flora to the detriment of the exotic ones.In fact, 40% of the typical plants of the province are found on these lands.

A varied faunistic cast is presented in the area. Guanacos, gray foxes, pumas, maras, between mammals and ñandúes, martinetas, and among birds. The National Park protects endangered species such as the crowned eagle, the peregrine falcon, the yellow cardinal, the elusive armadillo pichicego minor and the Patagonian land turtle.

Material provided by the Secretary of Tourism of La Pampa