Legends, magic and mystery dominate the rugged geography of Abra Pampa, known as the “Argentine Siberia” due to its cold weather all year round. 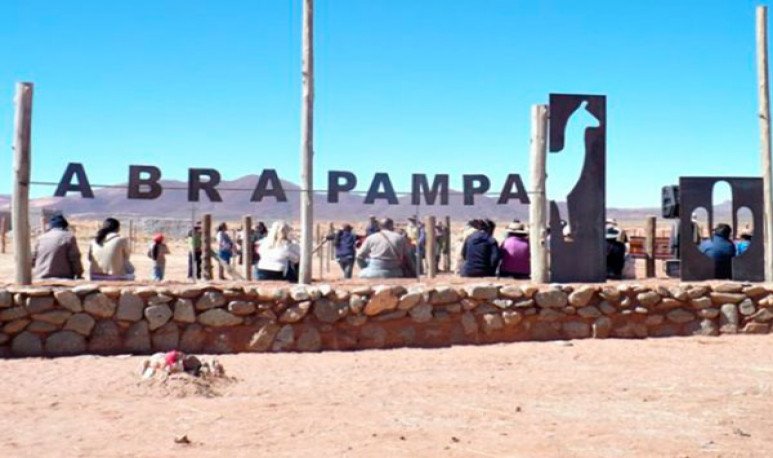 The city of Abra Pampa is located on both sides of the RN 9, 224 kilometers north of San Salvador de Jujuy and 3484 meters above sea level. It is the second most important city in the Jujeña Puna, being the first La Quiaca, which is 73 kilometers to the south.

La Puna has a millennial history. During the first thousand years of man's life in the Puna, everything revolved around hunting and harvesting: birds, suris, vizcachas, llamas and vicuñas were hunted. Edible roots, eggs and the scarce fruits of the vegetation were also collected. The environment forced them to form a dispersed and unstable settlement. About 3000 years ago, the first groups of farmers and ranchers began to appear.

Later everything came under the influence of the Inca Empire and they had a close relationship with it. The influence of the Incaica was great in cultural, commercial and religious aspects. Each group functioned as an independent tribe, with its own authorities and their own language, all of which were understood using Quechua, the language of the mountains.

On the outskirts of Abra Pampa, there is one of the many tourist attractions of Argentina, the landscape dazzles with its dunes, ideal for sandboarding, or sitting down and sliding down. You can walk on them, take a selfie and imagine that you are in the Sahara desert, but with hills around, with a river nearby, with the prying eyes of the flames that poke out your beautiful eyes. This place is known as  Cerro Huáncar , its name says it all: huáncars are the sand hills.

On the other hand, the area has many myths to its surroundings to it. The  Archaeological Museum of Leopoldo Abán de Abra  Pampa rescues some. They all say that a white devil dwells there, and witches visit and celebrate him. When it gets dark, everyone is afraid to go along the road that passes through the Huáncar. They say that the devil riding on a white horse with the silver saddle and the reins toast on moonings and call many to go to the party.

What more to visit in Abra Pampa

At 30 kilometers from Abra Pampa, you will find the Peñas de Ascalte. A landscape full of petroglyphs at 3660 meters high. A theater with stony forms of, with wind and silence. On the way there you pass through the historic town of Cochinoca that houses historic churches.

Another circuit is Muñarita-Wankar de Potrero de la Puna which allows you to know the transition region between the highlands and the Precordilleranos-Puna Jujuy Valleys. The traveler discovers the flora and fauna that characterizes the region. On the ascent to Cumbre Hill you can see ecological strata, medicinal herbs, queñuas forests and bird watching. From the summit you can see the highlands in its fullness, mountain ranges and the largest dune in Jujuy.

For those who want to treak high difficulty the ideal is the Potrero de la Puna, the ascent to the summit is a steep walk of 600 meters with native vegetation. It can take two to three hours of walking, once on the summit you can observe the immensity of the Puna, such as: El Morado de Iruya, El Volcano Granadas, Los Ocho Hermanos de Yavi, El Aguilar.