Home Travel Jujuy Uquía, a treasure hidden in the Quebrada

Discover the village of Uquía, among devils, carnival and tradition fill with magic the Puna jujeña. 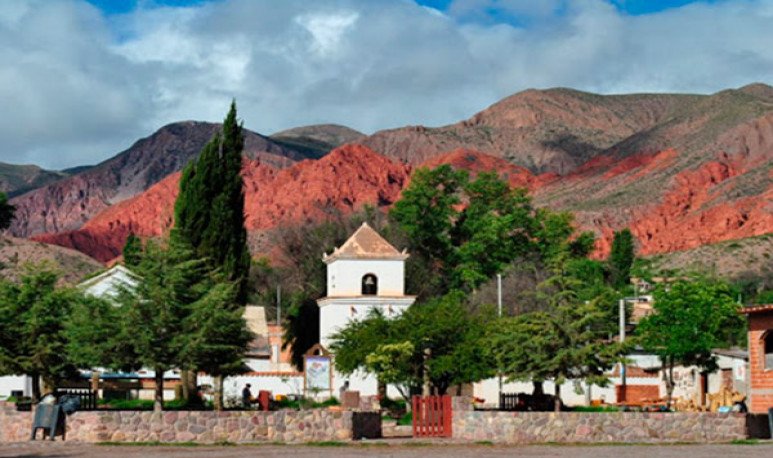 Jujuy  is as wonderful as it is indescribable. Keep in each of its  magical corners landscapes  waiting to be traveled by those who want to enjoy an  authentic bond with nature . On this occasion we enter the  beautiful village of Uquía  which, although recognized by carnivals, has a lot to offer and above all to fall in love.

It is located 122 kilometers from the capital of Jujuña. It has only 500 inhabitants who spend their days on this sun-hit surface at about 2824 meters above sea level. Walking through it is to embark on a journey into a living painting that between reddish tones and earth intermingles with a striking sky blue.

Its geography allows you to appreciate caverns, tectonic cracks and is ideal for activities such as trekking. In this note we tell you the places you can not miss if you visit this picturesque city.

One of the main attractions of Uquía is  La Quebrada de las Señoritas.  Legend has it that this splendid site owes its name to the ladies of the Inca empire. It is said that these women departed from Peru to the south pursued by the Spaniards. The colonizers were looking for them as they had taken large shipments of gold saving them from the greed of the invaders.

The besieged came to hide the treasure and decided to hand over their lives to the  Pachamama . In the hands of the deity they were transformed into part of the landscape.

It was declared a  National Historic Monument  and is within the oldest temples of our country. It dates from the 17th century and is located in the Central Square and is the main attraction of the small village, as every year it receives thousands of visitors who reach Humahuaca only to appreciate that White Church adorned by the hills and landscapes of the Puna.

Currently a team works on its restoration and value of the  historic construction . To preserve the building in its real form an  old technique will be used that will strengthen the adobe structure.  It will be the first time that the province of Jujuy has carried out this method, in which the use of modern elements is avoided to privilege the essence of the original material.

The temple holds a precious treasure inside as it exhibits numerous works of art belonging to the Cuzqueño period. These are nine paintings by  “Arcabuceros Angels” , these winged beings have 17th-century clothing and carry arquebukes, which were exhibited to scare the original peoples in times of the conquest.

Here is one of the most important events of the  Jujujuño cultural calendar , the devil's dig for Carnival. The celebration begins the traditional holiday and has thousands of tourists arriving from all parts of the province, the country and even the world.

Between chicha, talc, music and party, the spirit  is released and the devils are accompanied in their traditional descent . Also participating parsas that look spectacular costumes and decorate the dances with color and joy.

Without a doubt, this small town keeps the most authentic of the roots and  history  of Andean culture. A tour of its mountain reliefs, customs and relics make a walk through Uquia a real trip to the  heart of the Quebrada.