In this note I will tell you about the Church of Santa Cruz and San Francisco de Paula de Uquía, the main religious tourist attraction of Northern Argentina, find out why. 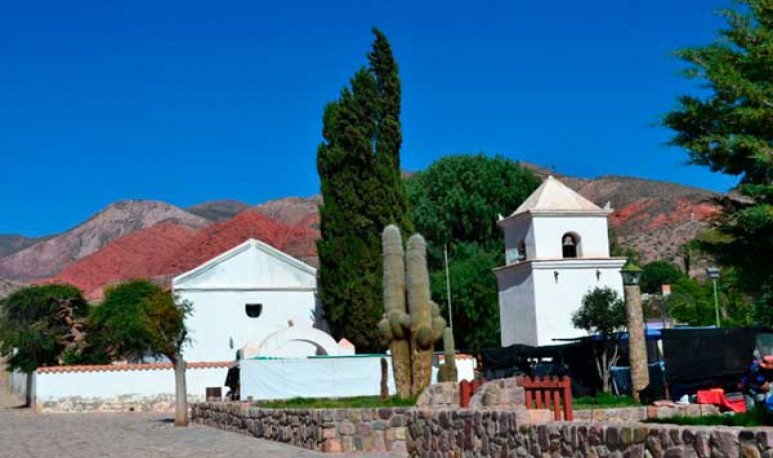 Visiting the Argentine North has a special charm. A perfect mix of syncretism and nature invades tourists. One cannot be alien to getting drunk with the beauty of the surrounding landscape or to cry to tears with temples and their architectural riches.

In this note I will tell you about the Church of Santa Cruz and San Francisco de Paula de Uquía, the main religious tourist attraction and reason why this town welcomes hundreds of visitors who make a stop on their way to the Quebrada de Humahuaca.

The church was built in 1691 and preserves the original architecture in a style similar to the other churches of La Quebrada and La Puna. The temple has the tower with its bell tower separated from the main building. All the carpentry is made with cardon wood. The walls and walls are adobe just over a meter wide. Inside its altarpiece is made of wood and is covered by thin gold sheets, a technique known as gilding to the leaf.

One of the main historical attractions of the church is the collection of paintings known as the “arcabuceros angels”. These paintings were painted during colonial times in the Cuzco school (Cuzco was a city producing religious images for the whole colony).

These are paintings of formidable winged figures, armed to the teeth, dressed as aristocrats of the 17th century. In Casabindo, very close to there, there are similar portraits. Away from the usual representations, these celestial creatures are, along with other series found in Peru and Bolivia, unique in the world.

Mesnadas angels carrying flags, drums, trumpets, swords and spears, in the manner of a military squad, which spread in the second half of the seventeenth century in Cusco and in the area of Lake Titicaca, in Bolivia.

The origin of the “arqueabuceros angels” is not known with certainty. However, the originality of these figures lies in the union of the symbols: angels and arqueuz with an apparent evangelizing plan.

In Argentina, the “arcabuceros angels” of Uquía are the only ones in the world that were painted with their names at the foot. There they are, for those who want to see them: Gabriel, Raphael, Uriel, Salamiel, Yeriel, Eliel, Hosiel and Oziel.

I realized when comparing them that figures and names do not accurately manifest traditional representations. For example, the canvas that St. Michael the Archangel is titled with the name of Uriel, which does not correspond to this character as he wears helmet, dazzel, adarga and spear. It is possible that the artist who did so did not know the Hebrew names of the apocryphal angels and that proves that American folk artists did not know exactly Christian iconography.

Uquía is situated on RN 9, 12 km from Humahuaca and 26 km from Tilcara. It is at an altitude of 2824 meters above sea level and has an approximate population of 500 people.