Different options to get to know the city. 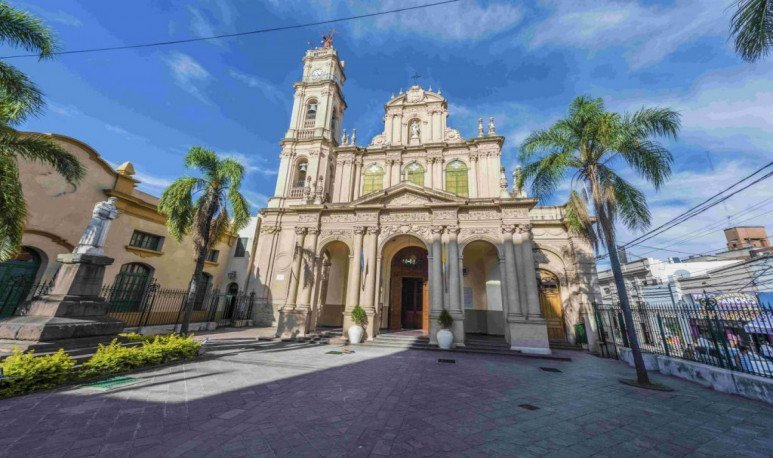 The traditional guided tours of the Provincial Government House, with its Hall of the Flag, the Cathedral Church and other sites that cross the history and culture of Jujuy were launched free of charge on Wednesday, January 2, with double daily departures for the enjoyment of tourists walking through the capital city.
This was reported by the municipality of San Salvador de Jujuy, from where it was also anticipated that there will be some special visits, such as the oldest manger in the city dating back to 1885 and bearing the surname of its founder, Don Toribio Tolaba.
“ The agenda of tourist activities for the first month of 2019 incorporates a wide variety of tours to get to know our culture and history,” they said in a press release from the direction of Municipal Tourism.
In this regard, they explained that the city tours have from January 2, Monday to Friday, and will take place in two shifts, the first at 10 in the morning and the second at 17 hours.
The meeting point will be the Tourist Information Office of the capital city, located near the Manuel Belgrano Cultural Center - former Old Train Station -, one block from Jujuy's central square.
On the special tours, they explained that on January 16 and 23, from 18 to 20 hours, the tours called “A Jujuy always turns” will take place, these by strategic places in the city.
Among the different options for tourists is to make known the history of the city and the sites it houses, but also visitors can choose to enjoy, for example, the green lung of the city, with nocturnal walks through the “Barón Carlos M. Schuell” municipal botanical park.
In this case, the interested parties should make reservations at botanicojujuy@gmail.com or telephone 388 — 4314228.
San Salvador de Jujuy means for visitors, especially during the summer season, a point of connection and base to discover other interesting destinations in Jujuy, such as the Diques area, only 27 kilometers south, or then head towards the Quebrada de Humahuaca or the Yungas region.

Outdoor first aid: everything you need to know