Home Travel Jujuy Pozuelos Lagoon in Jujuy: why everyone wants to go

Laguna de Pozuelos is a place in the puna jujeña nestled at about 4000 meters high, a natural monument, to preserve and realize that you have to take care of nature. 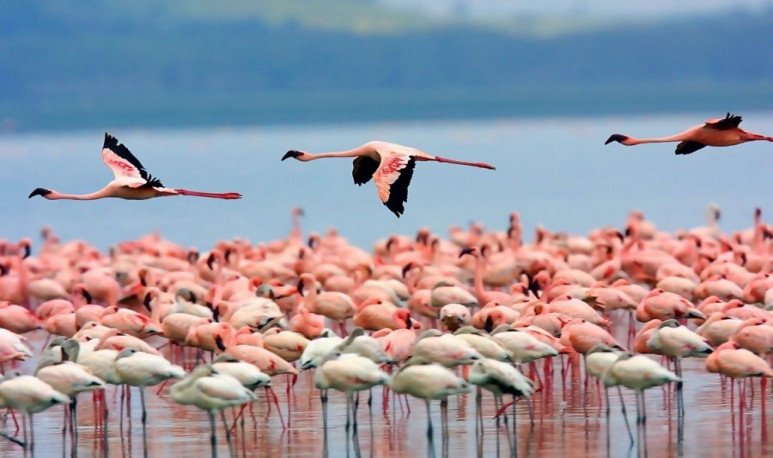 The native communities that make up the Laguna de los Pozuelos basin, on their natural settings, sing and dance to the water mirror every year at a music festival that summons thousands of  tourists .

Activities begin in the village Lagunillas de Pozuelos, accessed by RN 9 to the town of Abra Pampa and from there 75 kilometers by RP 7 in the direction of Rinconada. The feast, which takes place in February, includes exhibition and sales of  handicrafts  and regional food. Visitors participate in folklore shows, couplets, costumbristas and dances and recreational activities for young children and adults.

After lunch and music there are exits to the reserve to enjoy bird watching with binoculars, especially flamingos, which are the attraction of the area, while in the evening a dance rock will be held in the community hall of the village.

Laguna de los Pozuelos National Park  has an area of 16 thousand hectares and is located northwest of the province of Jujuy, in the middle of the Puna region. It was declared a Natural Monument in 1981 and, nine years later, “intangible zone” of the reserve that bears its same name. The lagoon is a changing body of brackish water, whose boundaries depend on the contribution of the thaw rivers that come from the Andean massif and the mountains prónext.

Here are birds that are uniquely puneñas such as the Andean avocet, the puneño plorlito and the giant gallareta. During the summer migrators arrive from the northern hemisphere such as the tricolor phalaropo and the sea becasa. But it is the  flamingos  who reign in this mirror of water, having counted more than 30,000 specimens of the three species that can be found in Argentina: the common flamingo, and the big and small parinas. Such is the importance of the protected area in terms of the concentration of birds that inhabit them, which in 1992 was declared Ramsar Site, by the name of the Convention born in 1970 to protect these remarkable wetlands, making Laguna de los Pozuelos one of the favorite destinations to make  ecotourism .

The marked contrast between the stony soils, barely covered by a squash vegetation of shrubs and yaretas, and the diversity of birds that populate the lagoon using it as a food and nesting site.

Places to visit and activities

The most recommended season for your visit is in March and April, with the end of the rainy season, when thousands of flamingos paint the lagoon pink. Summer rainfall - scarce, but intense - often cut off the access roads. That is why if you go at that time consult before not to make the trip in vain.

Lagunillas, a tiny Puneño wetland, gathers hundreds of waterfowl at the foot of high hills (35 km from the ranger's house).

From Abra Pampa you can reach the historic towns of Cochinoca (23 km, by RP 71) and Casabindo (60 km, by RP 11), where the only bullfight is performed on Argentine soil.

Rinconada has a gas station for fuel.

From San Salvador de Jujuy, by RN 9 to Abra Pampa -where is the office of the protected area -, RP 7 to the park ranger's house and an internal road to the lagoon, 7 km which in the summer season is cut due to the rains of the time.

Buses from all over the country arrive to the capital city and daily flights from Buenos Aires and Cordoba. To get to Pozuelos you can rent a car, hire the services of a tourist agency or reach Abra Pampa by bus and cover the remaining 50 km by remis or collective (every day, except Sunday, there are services to Rinconada that pass through the Natural Monument).