A city that has a lot to offer. 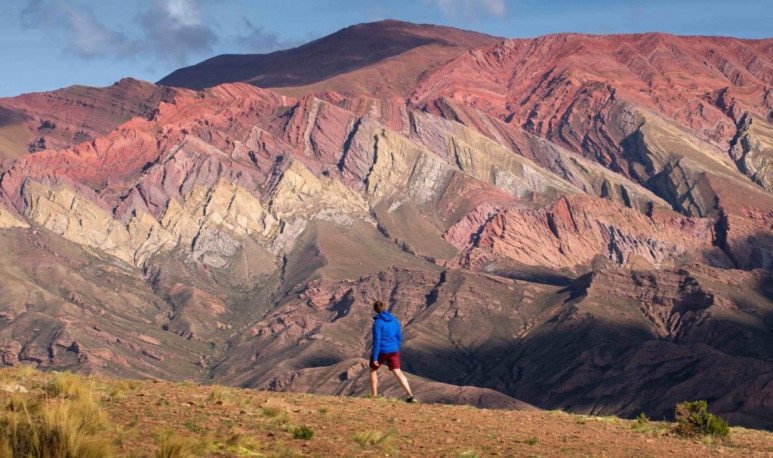 The historic city of Humahuaca launched the summer season 2019 by symbolically welcoming the first visitors, and local authorities aim to become a permanent tourist city.
The symbolic welcome of the first tourists from the province of Córdoba took place in Sargento Mariano Gómez square shortly before the departure of the holy image of San Francisco, which all the mediodies bless visitors from the top of the historic Cabildo.
The launch of the season highlighted the idea of consolidating Humahuaca as a permanent tourist destination by presenting natural sites such as the Serranía del Hornocal and the Laguna de Leandro as the main attractions for this season.
“We continue with the goal of making Humahuaca a permanent tourist destination and tourism activity the economic development tool for the people,” said Claudio Mamani, local tourism secretary, when he took the floor.
In this context he said that today the entire community is preparing to “transform” into a tourist city because, “the economy of Humahuacan moves largely thanks to the presence of tourism that year after year chooses us.”
On the other hand, Mamani planned for 2019 the involvement of communities in rural areas to obtain the “benefit of tourism” not without first warning that this “implies a great responsibility preserving the environment, protecting landscapes and culture”.
The gastronomy of the area, the historic museums and the extensive cultural calendar of the Alborozo Humahuaqueño are some of the activities that visitors can experience when staying in the town of Quebrada.
In addition, in rural areas you can discover villages such as Coctaca, which is located about 9 kilometers northwest of the village, where it is recommended to arrive by large vans or traffics that make trips to the aforementioned area.
There you will be able to start different routes and know the so-called Cultivation platforms, ancient terraces, which belonged to a cultivation system that reached about 600 hectares belonging to the ancestral village of Omaguaca, able to supply food such as potato, corn and quinoa.
Following the same road to the east of that area you will be able to access the mythical Laguna de Leandro, a unique mirror of water located between the hills of the ravine, after passing through at least five places where indigenous communities live.