Home Travel Jujuy Casira, the history of the potter village

Discover the fascinating history of the only potter village in Argentina, located in the province of Jujuy. 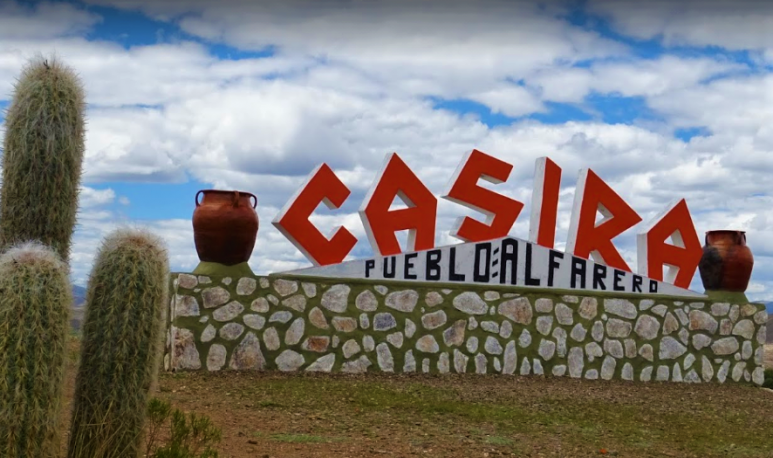 On a dirt road and hills appears the small village of Casira , the only potter village in Argentina.  It is located in the north of the  province of Jujuy  , in the department of Santa Catalina, very close to the border with Bolivia. It looks out adorned between vases and vessels, which gives the first hint of the essence of the place. In this note we invite you to visit it to discover the magic of the  Provincial Capital of Pottery.

There live only 180 inhabitants and most of them live from this  legendary trade , which they learn from their parents and their grandparents. Through the stories, the locals point out that  pottery activity remained in the communities, from their ancestors , and passed on from generation to generation, leaving an invaluable legacy for their livelihood.

People do not remember exactly, but from a very young age, they play with mud, mold it with their own hands and get small objects. The beginning of what will later become, your  main work activity . Techniques are perfected over time and through them will be able to dedicate their life to pottery.

The process consists first of searching for land, which will serve as raw material. If it is for large pieces it is sought rough mud, if they are small pieces the color is another. They say that one of the secrets to making a good pot, is to let the mud “sleep” for two nights, at least. They have their hands, molds and lathe as  working tools that allow them to turn raw material into real pieces of art.

The parts are baked in large clay ovens that are heated with firewood and guano. The process takes four to five hours, and it will depend on how many elements are inside the furnace. It usually takes a day to cool down. Many of the objects obtained through this activity are used for personal consumption. People say, that cooking in clay pots, gives another flavor to meals, and even makes them tastier.

Over the years, marketing was much easier. People who come from various parts of the country are looking for those objects of valuable local production. But life in Casira was not always the same, many years ago, the lack of means of transport and communications, made the marketing of products in a very different way than today.

It is present among the memories of those who live there, the memory of those times when the light of the houses was only possible by kerosene lamps, and donkey journeys allowed them to exchange their products for food such as fat, meat, seeds and charque, necessary for their subsistence. These exchanges were carried out in the city of Quiaca or Bolivia. They lasted days, and it was the only means by which they could stock up on products.

Last year the potters had the opportunity to show for the first time their articles in the capital of Jujena, at the Encuentro de Ceramistas de Casira, through a program promoted by the  Directorate of Cultural Rights . This is due to the importance of this  ancestral activity  which makes its recognition increasingly widespread.

These products are unique throughout Argentina and highlight the knowledge and preparation of clay that is molded in the tanned hands of the inhabitants of Casira. Defenders of  the ancestral legacy  and collective identity of this wonderful people detained in time.

Fall in love with Jujuy, we tell you how to get there