Ticket sales will be available until Friday. 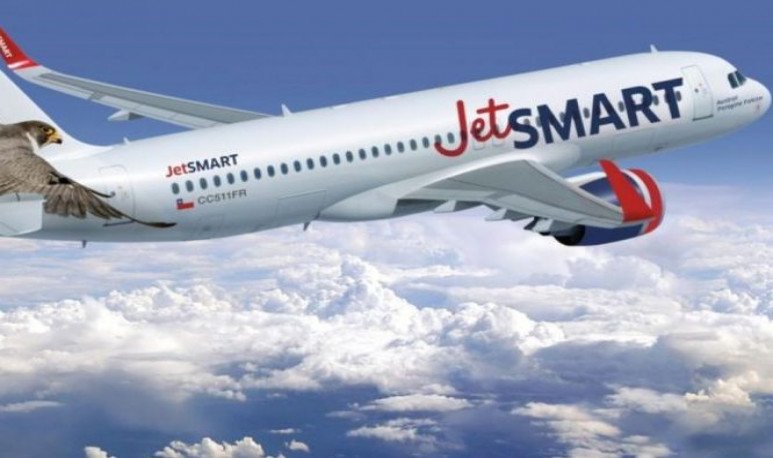 The international capital airline JetSmart Airlines, announced the start of its operations in the Argentine cabotage market from April 10 and the launch of the sale of tickets to a peso to promote the routes.
The sale of tickets will be available from now until Friday, at 24, with a value of one weight, final price per section, with airport charges included, on their first 12 national routes.
The announcement was made this noon at a press conference in which the company's CEO, Estuardo Ortiz, the general manager, Gonzalo Pérez Corral and the commercial director, Victor Mejías, participated.
“ To celebrate this start of sales we are offering 5,000 tickets at the incredible price of a peso with their rates included. These tickets are available on www.jetsmart.com and tickets will be available on all routes from this time and until next Friday.“, explained Ortiz.
“ From today, traveling at ultra-low prices, on a new plane, is possible for all Argentines. The successful model developed in Europe and the United States finally comes to Argentina,” he said.
Mejías said that from today you can buy “tickets for any of the first 12 routes and 24 sections that make up these routes, ten, are direct flights between different regions that save the passenger time and money compared to other proposals that include connections. This is what we call smart routes”, In
turn, Perez Corral said that “cabotage flights in Argentina will start operating in April and will connect to the cities of Buenos Aires, Mendoza, Cordoba, Neuquén, San Carlos de Bariloche, Salta, Iguazu and Tucuman”.
The company, which currently flies from Santiago de Chile to Buenos Aires (El Palomar), Córdoba and Mendoza, is part of the airline group of the US investment fund Indigo Partners.

Tourism within the country grew 2.2% in January and fewer Argentines traveled abroad