Home Travel In the footsteps of the Jesuits

The order of Pope Francis has left a mark on the entire territory of our country, we take a tour of all of them. 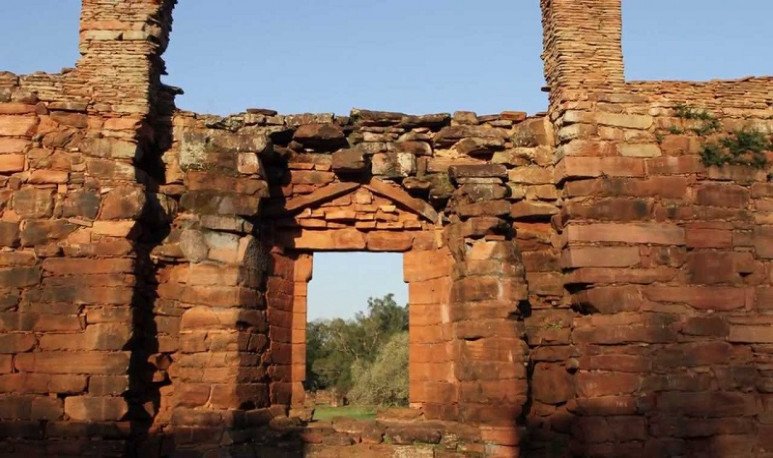 Condensing into a single note the history of the  Religious Congregation of St. Ignatius of Loyola  is an impossible task to accomplish, so that we will only remember its founding bases, the passage through the Argentine territory and its performance in it.

In 1534 Ignatius of Loyola along with six other young men, who had met him at the University of Paris, made a retreat and joined him in vows of poverty, chastity, and a pilgrimage to Jerusalem. If this last promise was not possible, as it was not, they promised to accept any apostolic work requested by the Pope. In 1539 Ignatius drafted the first outline of the organization of the order, which Pope Paul III approved on September 27, 1540.

This Order, of which Pope Francis is a part, is called the Society of Jesus and played a prominent role in the initial impulse on the territories that currently constitute a large part of Argentina. Dedicated in a special way to educational and productive work, from its establishment in 1599 until his  expulsion  in 1767 by the Spanish monarch Charles III. The facilities were liquidated by the so-called  Temporalities Board  at a vile price. Although the Jesuit missions installed between the seventeenth and eighteenth centuries are best known in the present provinces of Misiones, Corrientes and Córdoba, they were established in almost all of the territories then occupied by the Spanish crown in this part of the continent.

The Jesuit Apples in Argentina

Just over a decade after the founding of the city of Cordoba, in 1586, the first priests of the Society of Jesus arrived in this region of Argentina. Authors indicate that since the foundation of that city they had an assigned property, is what we know today as  Jesuit Apple . The land already had a hermitage under the invocation of Saints Tiburcio and Valeriano, protectors of Cordoba, erected after an invasion of locusts flagellated the local economy. 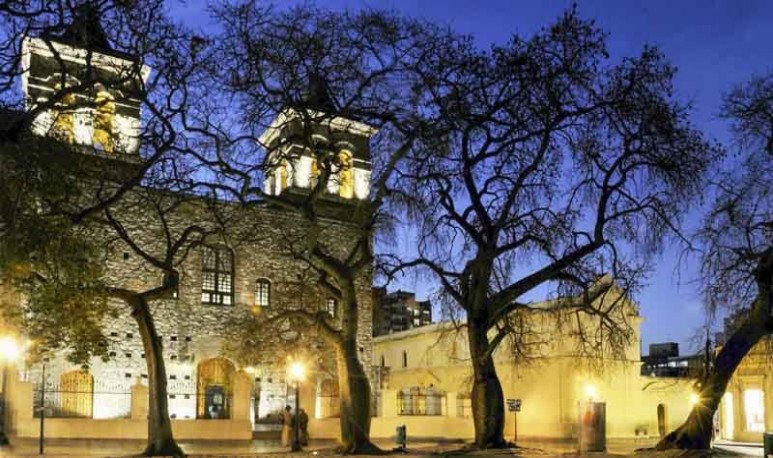 Since the beginning of this century the works made by the Jesuits in this province during the seventeenth and eighteenth centuries have been World  Heritage Sites by UNESCO . The Camino de las Estancias Jesuit, of 457 km, cross the estates they founded there. They are, in addition to the Apple of the Capital City, Estancia de Caroya, Estancia Jesús Maria, Estancia Santa Catalina, Estancia de Alta Gracia, Estancia La Candelaria and Estancia de los Santos Exercises. 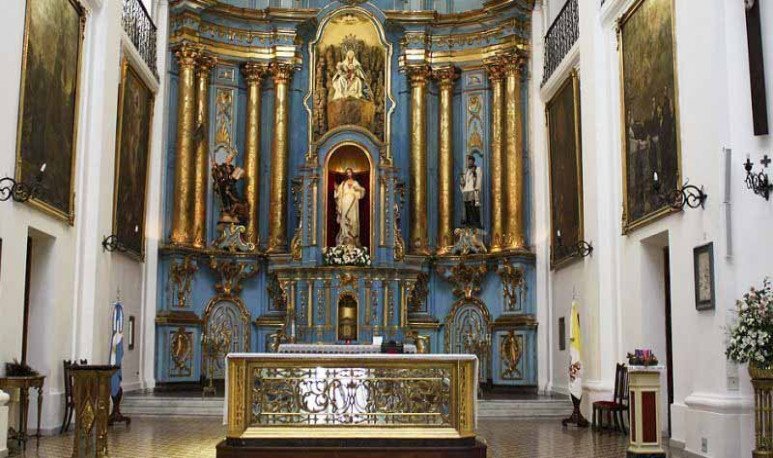 In 1608 the first Jesuits arrived at the port of Buenos Aires. In the beginning the allocated plot was in today's Plaza de Mayo. Fifty years later they were forced to move to the current location of the so-called  Apple of Lights . There stands the  parish of San Ignacio de Loyola , the oldest temple in the city. 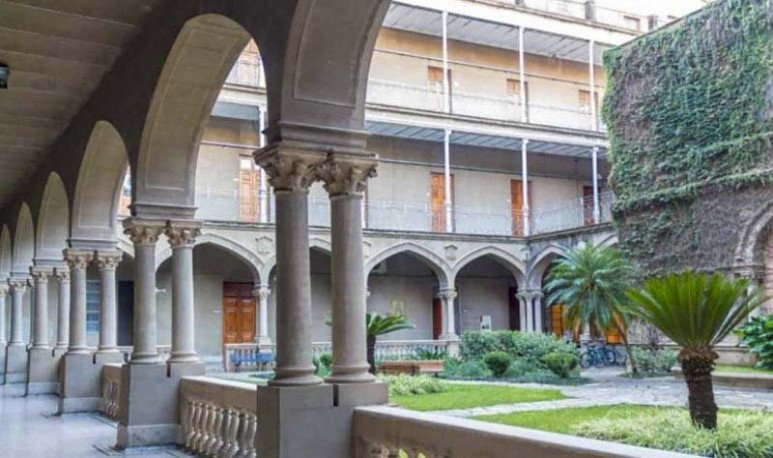 The city of Santa Fe, in northeastern Argentina, was founded in 1573. Years after its installation in Buenos Aires, the Jesuits go up the Paraná River to erect that temple and school next to the main square, the first of the order in Argentina. The College of the Immaculate Conception next to the Church of Nuestra Señora de los Milagros are part of the tourist circuit  “Passage of Pope Francis in the City of Santa Fe” . Armed tour to remember the passage of the Supreme Pontiff through the city

In 1732 there were fifteen reductions or Jesuit towns of Guaraní located in the present provinces of Misiones and Corrientes, with some 30,000 families and about 140,000 people. 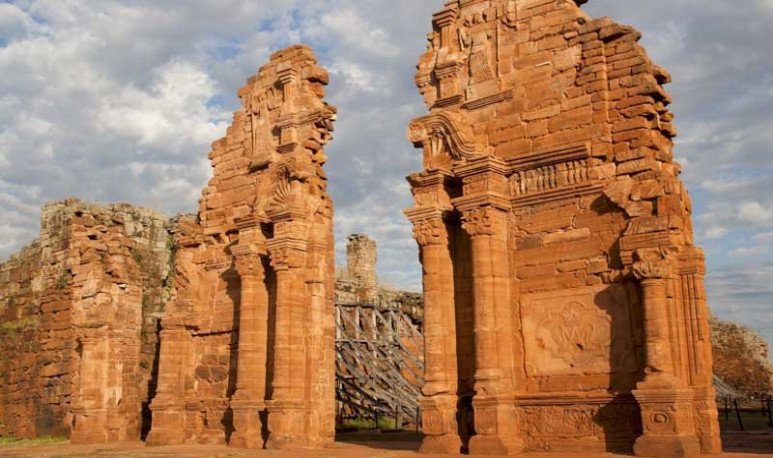 The reductions in the first of them changed their location several times, some even erected outside the Argentine territory. In alphabetical order are Corpus, Martyrs , Nuestra Señora de la Candelaria , headquarters of the first printing press in Argentina. It is followed by Our Lady of Loreto, San Ignacio Miní, perhaps best known for its proximity to the Iguazu Falls. We can also name San Javier, San José de Itá-Cuá, Santa Ana and Santa Maria Maggiore. 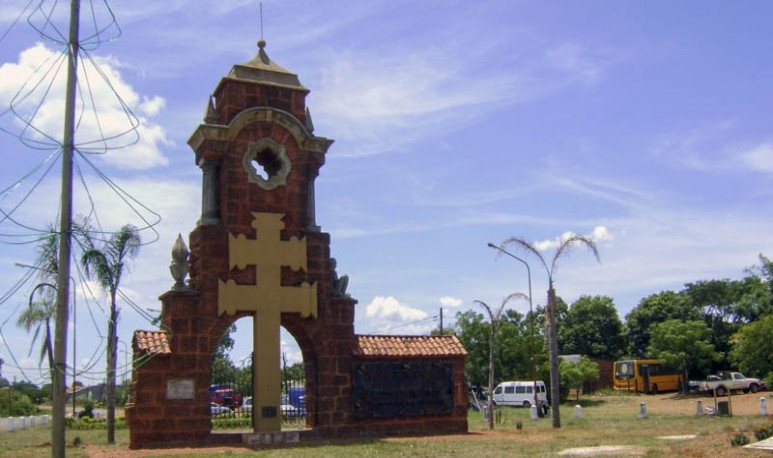 In the province of Corrientes, there is also a  Jesuit Route , a walk that runs through four towns that were part of the celebrated Jesuit missions: Yapeyú, La Cruz, Sao Tome and San Carlos.

Between 1550 and 1593 the Spanish conquistadors installed several cities from  San Salvador de Jujuy to La Rioja . The aim of these was to secure trade routes and keep contents for the original peoples who were fighting to recover their lands.

In 1550 the taxation of pacified natives granted in parcels was organized. This became a point of conflict with the priests of the  Society of Jesus  as they understood that in order to fulfill their evangelizing mission they had to preserve the native population from overexploitation. This put them in a position confronted with the encomenderos, on whom they depended for their survival. So, looking for their own financing, they started with their founding works.

The dispersion of the Jesuits in the province of Catamarca, in Northern Argentina begins in 1716, with the purchase of  Merced de Balcosna , and then in the Central Valley of the present Capital with the donation by the council of a lot of land so that the Order could erect a convent there. Many of the constructions of the Society of Jesus in that province passed into private hands with their expulsion.

La  Casa de la Compañía de Jesús in La Rioja  was one of the last to be founded in the former Jesuit province of Paraguay, in 1624. It was also the last religious order to be established, since since its founding in 1591 the city had the presence of Franciscans, Dominicans and Mercedaries.

According to authors in the province were the properties of La Saladilla, Las Cañas, El Duraznillo and Las Higuerillas. In the Sierra de Velasco, the estancia de Guaco, and in the Famatina Valley, the Malligasta and Nonogasta farms, the places of Anguattá, Guanchipá and Capalgapán and the pastures of Massangano, El Duraznillo and Agua Negra.

In the province of Salta the work of the Society of Jesus was important, but, inexplicably in the middle of the 19th century, its main temple and the school, one of the most important colonial buildings in the city, were demolished. In the  Northern Historical Museum , located in the capital of the province, you can see the bars of the windows and balconies of the school and the beautiful pulpit of the temple, painted and gilded to the leaf. The first Jesuit mill in the province operated in the artisanal market of the capital. 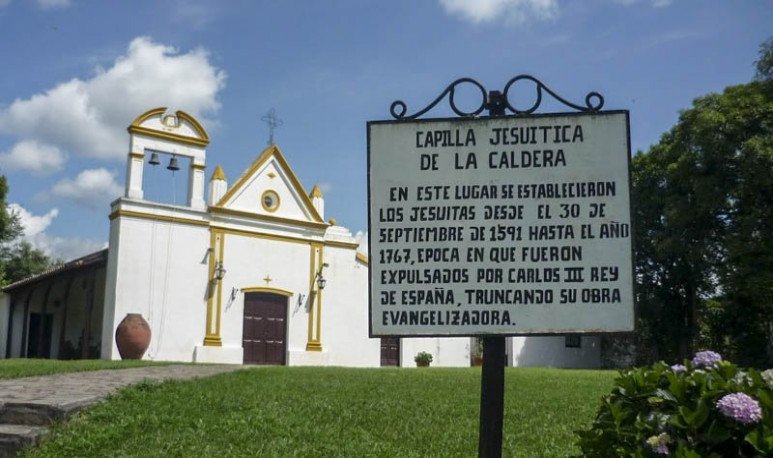 The town of San Carlos, in the Valleys Calchaquíes, had a seat in a reduction. Also in Rosario de la Frontera the traces that can be experienced in what was the chapel of the Jesuit Estancia La Caldera. There, the Virgin of the Rosary and St. Joseph were enthroned as Patron Saints of the village.

In the middle of the 16th century, the  Mission Nuestra Señora de la Columna de Macapillo was erected, today's village of El Quebrachal (Departamento Anta). Other missions in the province were San Juan Bautista de Balbuena, San Carlos de Borromeo and Cerrillo in the Lerma Valley for the trade of mules and livestock in Upper Peru. 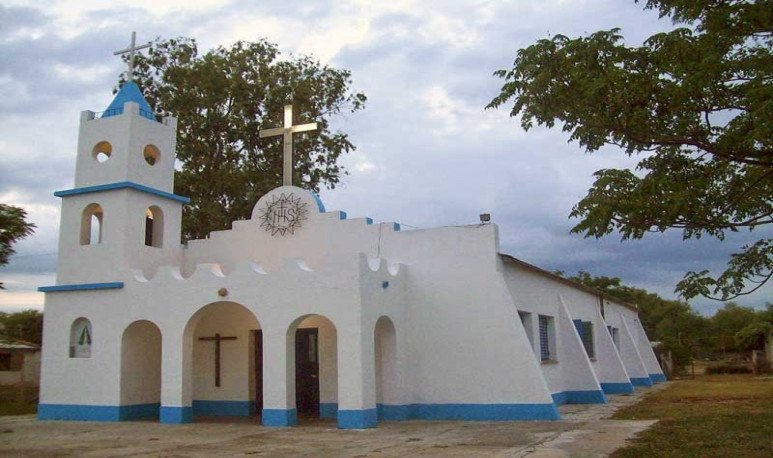 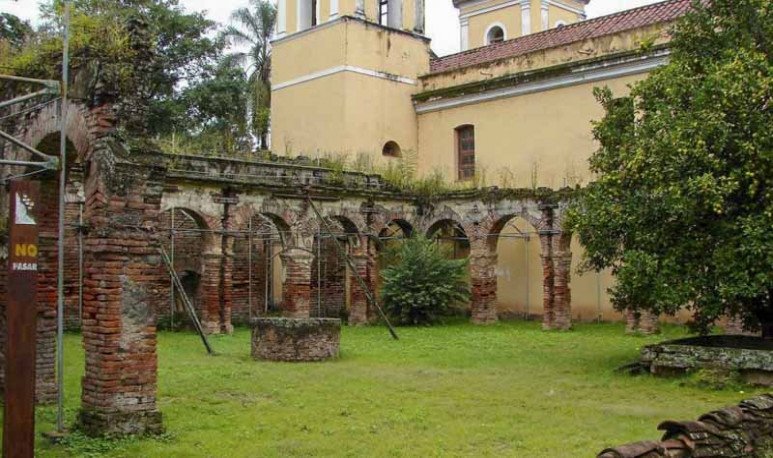 In the province of Tucuman you can visit the ruins of the  San José de Lules Mission , where you can see an ancient chapel and convent that were founded by the Society of Jesus in 1670. In the same century the  Estancia San Ignacio  was built and later the Estancia in Tafí del Valle and the Church in the Villa de Trancas.

Jesuit smelts in other provinces of the country 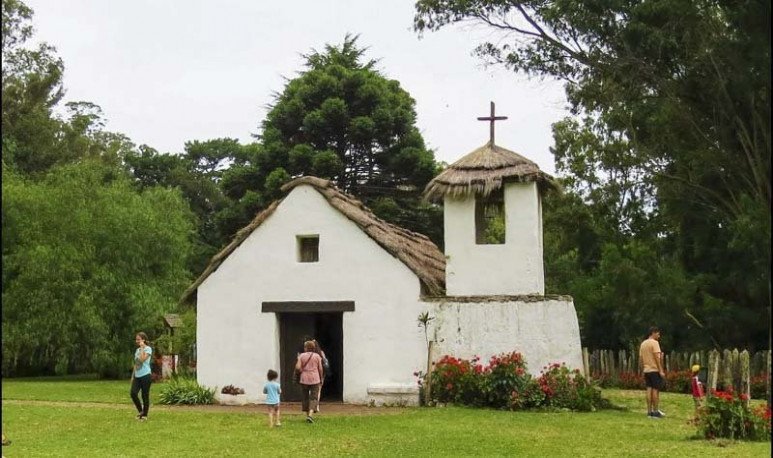 In the seventeenth century the Jesuits in Argentina rose in the Zárate party, on the Paraná river, Estancia Las Palmas and the chapels  Nuestra Señora de la Begoña y del Rey . In the middle of the next century, the Society of Jesus administered in Laguna de los Padres, located minutes from Mar del Plata the most important spa town in that country, the reduction of Our Lady of Pilar.

In the 18th century the  El Timbó Mission was erected on the right bank of the Herradura lagoon, which was completely destroyed years later.

In this province of the Cuyo region in 1608 Circa rose, although there are no remains of the settlement, destroyed by an earthquake in 1861. From 1619 is the Estancia Jesús, María y José de Uco, in La Arboleda.

Between 1669 and 1717 the Jesuits evangelized the present territory of Argentine Patagonia. From Chiloé, Chile, the first missionaries arrive and settle in the  Nahuelhuapi correría , which was located on the Huemul Peninsula, a few kilometers from Villa La Angostura. At present there is a project to build a historic interpretation center in this lake village.

5 activities you couldn't do on a cruise