This natural wonder of Formosa competes along with 28 other finalists. 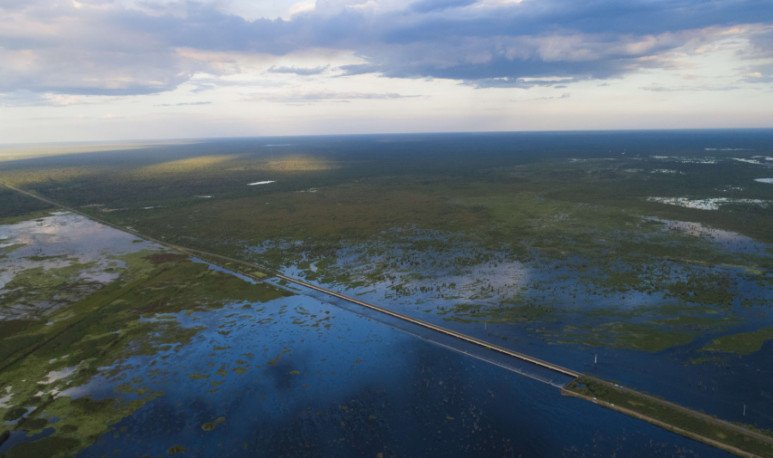 Bañado La Estrella, located to the north of the town of Las Lomitas in the province of Formosa, is one of the 28 finalists that on May 7, through the vote of the people, aspires to consecrate itself as one of the 7  Natural Wonders  of Argentina, a competition organized by the creator of the world ranking, philanthropist Bernard Weber, who extended his list to each country.

With an area of 400,000 hectares, Bañado La Estrella is the second largest wetland in the country, after Iberá, which also competes, and one of the largest in the region.
The area, with a subtropical climate, contains one of the largest varieties of birds in Argentina -550 different species - and endangered animals, such as giant otter, measuring up to 1.80 meters, and aguara-guazú, or “fox in stilts”, which can reach 1.25 meters high.

It crosses the imaginary line of the Tropic of Capricorn and is home to indigenous pilagás communities of the Bartolomé de las Casas settlement, with many of its members turned into tour guides.
The “champales” - already dead trees that have lost their bark, covered with lush vines, mosses and even algaes - are the trademark of Bañado, which is flooded most of the year by the rains and overflows of the Pilcomayo river, which allows the appearance of semi-submerged flowering plants.

“ Formosa has many natural environments, but it is not useful to maintain natural environments if employment opportunities are not given to communities living in those places,” national deputy and former provincial tourism minister Ramiro Fernández Patri told Telam.
“ Tourism in recent years has allowed it to be a factor of economic development, employment generation and the opportunity to maintain unspoilt environments, such as Bañado La Estrella, helping to maintain the first species, which is man, to stay in these places and preserve them,” he added.

The former provincial official invited people to “vote for La Estrella,” because “Aboriginal communities live here, with their ancestral culture, typical foods, lifestyle, and because there are more than 50% of the bird species in Argentina and their fauna is abundant.”
“ Moreover,” he added, “because wetlands can be traveled with shalanas, which are typical man-driven canoes through spears, providing work to local communities; and because it is the heart of water management in the province.”

“ And because our province needs this seal of quality so that the public not only goes to traditional destinations, but for the world to put an eye on a little-known destination, and thus allow us to have necessary investments for better services and greater growth and economic development in our province,” he emphasized.

El Bañado will be part of an ecotourism corridor of the coast, which will also cover the Iguazú Falls, the Iberá Esteros and the Impenetrable Chaqueño, a project that work together the provincial states and the Secretariat of Tourism of the Nation.
“ We are betting on environments with responsible, sustainable management of natural areas, but we can't maintain them if people don't have to live on, and tourism is the opportunity,” said Fernández Patri.