A place where biodeversity intoxicated and that a few years ago lived an unthinkable experience, get to know it. 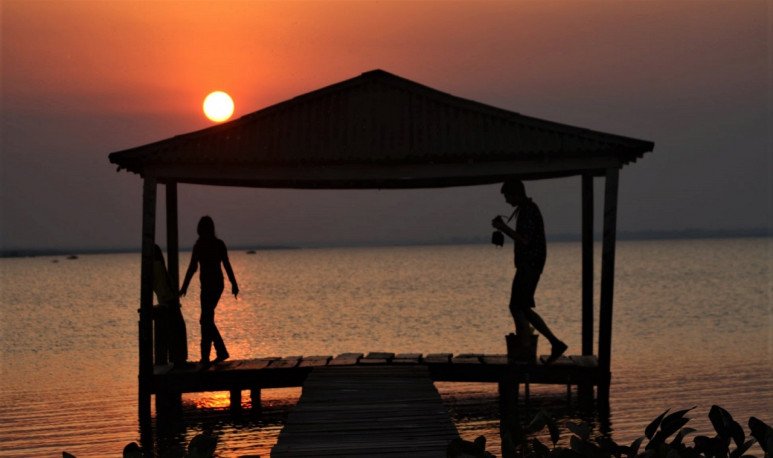 Getting to know the Rio Pilcomayo National Park in  Formosa is an indescribable experience. We share with you the unique photograph, that of a Yaguarete. That glowing predator that we also see on the $500 bill, top of the American food chain, was photographed (see photo) there in 2018 when it was believed that he no longer inhabited those lands.

The place has two recreational areas, the Estero Poí which provides a camping area with barbecue grills, tables and chairs for picnic and roasts, toilets, showers, night lighting, first aid kit, but has no drinking water. From there you can enjoy two self-guided hiking tours with explanatory signage. There is also a 16-kilometer trail to make and enjoy by car.

Climbing to the observation tower of Estero Catalina gives an amplitude of the beauty of this whole recreational area. There is also a bird observatory in the Bañado Pirity which, in addition to the viewpoint of the Pilcomayo River, give the visitor an overdose of nature. Bicycles are rented for those who prefer this means of transport to travel.

The other recreational area is Laguna Blanco, with the same feature of services as the previous one. It offers as an alternative footpath and quinchos over the water mirror. Activities with boats without motorized prior notice to the ranger are allowed here.

What is there to see

Because of its bio-environmental importance, the National Park is on the list of Ramsar wetlands. Topography and declives provide a differentiation of the floodable sectors, motivating the biological diversity of the area.

In these low places there are estuaries, glens and lagoons, with their floating vegetation such as huajó, pyri and camalote. The characteristic landscape of the rest of the Park is an extensive grassland with palm trees of caranday and mountain islets, immersed in it. There are typical trees of the region, such as lapacho, quebracho colorado chaco, carob and guayacan, along with numerous shrubs and vines.

As in the whole province, the varied fauna includes, to name a few, the two species of yacarés, the boa curiyú, the carayá monkey, fishing bats, capycho, aguara popé, coati, tapir, puma, mountain fox, river wolf, ocelot and other difficult figurines such as tapir, will water guazu and the big anteater.

As for birds, 25 percent of the 324 species are strictly linked to wetlands. If we add 85 mammals, 42 reptiles, quantity and variety of fish (more than 40), and amphibians (almost 40 detected), there is no doubt that this Park is an important place for the conservation of the biodiversity of the humid Chaco environments in our country.

To get to the Pilcomayo National Park, from the towns of Formosa or Clorinda there are different bus companies and buses that travel to Laguna Blanca. From this town, you can reach the park with taxis or remises. If you go with your vehicle from the capital, by RN 11 taking the turn from RP 2 to RN 86 you will reach in front of the six kilometer access to the recreational area Estero Poí. To the right, ten kilometers on RN 86 you access the recreational area Laguna Blanca. And to the left, passing two kilometers on RN 86 you reach Laguna Blanca. It is the fastest and least traveled road

Credit from the photos National Parks

Herradura: the new life of tourism in Formosa