We take a tour of this summer villa that glitters on its white sand beach and gauchesque testimonies. 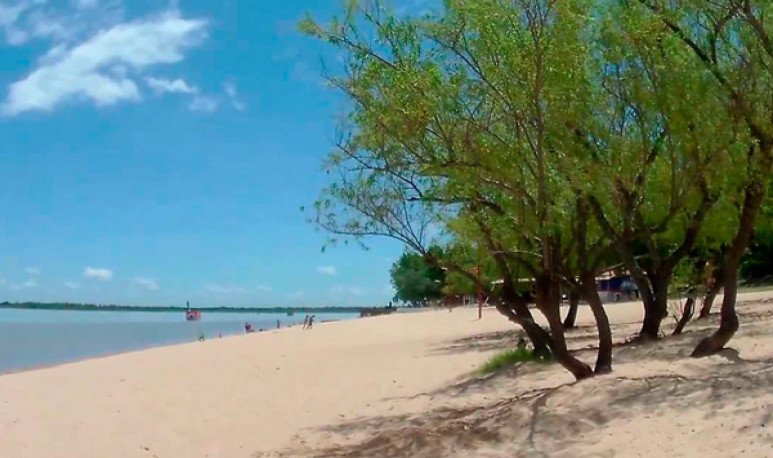 It is a  municipality  located in the  Diamante  District, in the province of Entre Ríos. It is comprised by a  locality  with the same name and a  rural area  . Only 42 kilometers separate it from the capital of Entrerriana and can be accessed via the RN 12.  Villa Urquiza , together with Esperanza (Santa Fe), represent the country 's twooldestimmigrant colonies . However, it currently has approximately 2000 inhabitants and is one of the most popular destinations.aacute; s chosen by the Entrerrians of the area.

It was  founded  by  General Justo José de Urquiza  on  September 1, 1853  . There, the  first Colonia Agrícola Militar Las Conchas was officially created, whose population was in charge of Manuel Clemente. In this way, several families of  soldiers  who fought in the battle of Caseros were installed and wanted to devote themselves to agriculture. Then, in 1855, the place was left to Colonel Doroteo Salazar, who arrived with an important group of European  immigrants  . They were fleeing hunger and war in their countries.

Gradually, the settlement began to be populated with people coming from Germany, Switzerland, France and Italy. Finally, in 1958 the national government ordered the Las Conchas Colonia to be called Urquiza.  On September 7, 1960  , it was elevated to the rank of villa, called Villa Urquiza, in  honor  of its founder.

Those arriving from the outside were given land to ditch and later to grow with wood plow. Also, the  first natives  of the locality had the habit of  threshing  the surface with  animals  . In this way, they made a thresher with hard soil and put the  horses  to flutter on it, grinding everything. In addition, they planted guided by a flag that showed them the way.

What to see in Villa Urquiza

Since the  end  of the  19th century  and even today, we can find an  old warehouse  that collects historical  anecdotes  . It is one of the  first buildings  in the village and eventually transformed it into the Casa Aceñolaza Regional Museum. With a neoclassical architecture, it encompasses a large L-shaped mansion. Inside, it stands out an old green wooden bench three meters long that is glued to the wall.

The space used to belong to the Entrerrian governor José Francisco Antelo, but before it was owned by the Englishman John Wood. It was  a general store , in which  business and  barter were conducted . In this regard, wagons, suits, fabrics, leathers, fats, hats and chambergos were sold, as well as drinks were shipped.

On the other hand, the town has a particular  tradition  of  burying  the  dead  according to their  religion  . There are four cemeteries that the neighbors consider historic monuments, and today it is also an attractive site of tourist interest. The Camposantos are known as the Belgian sisters, the new Catholic, the old, and the Protestant. From the villa there is an excursion with a tour that leaves the urbanized town traveling down dirt street giving it a religious touch. The old Catholic and the Protestant are from the mid-19th century and therefore their architecture is really worth admiring.

Annually, the  call for  Villa Urquiza is  growing   exponentially  .  Thousands  of  visitors  travel to the place looking to enjoy the banks of the Paraná River with  lush vegetation   beaches  . This event promoted the improvement of facilities, services and the organization of various activities for a favorable rest of the mind. Thus, the possibility of renting houses, bungalows and quintas with pools is offered. In addition, there is a fabulous campsite located on the sand and shaded by various species of trees.