In the province of Entre Ríos there are two nature reserves that you need to know during your next visit to Gualeguaychú. 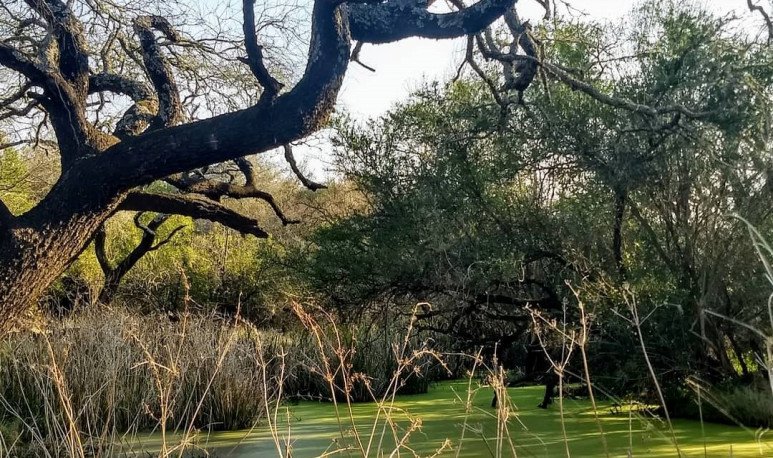 Within the Unzué Park is located the  Floristic Park Nature Reserve , in Gualeguaychú, on the Argentine coast. The Park is adhering to the town centre. It can be accessed by crossing an attractive iron bridge.

La Reserva is the ideal place to get to know the native flora and fauna, differentiating them from exotic ones. Within the native vegetation we find the coronillo, espinillo, felling, colorado guava, sarandí, as well as grassland species and other species such as the spoon and the beautiful rose of the pajonal.

By Municipal Ordinance 2002, the Natural Reserve Park is created as a way of safeguarding the natural heritage that the city possesses. The P reserve comprises the area between Los Espinillos and Los Algarrobos streets of Parque Unzué, and the Plaza de Aguas area on the same bank of the Gualeguaychú River.

Whoever visits it will clearly distinguish three environments: the jungle in gallery, the grassland and the mountain. All show a multiplicity of native species of entrerriana flora where they can appreciate different types of grasses, shrubs and trees.

Walking its trails you can discover different species of herons nesting on the trees that surround the lagoon, chajás, ducks, otters, turtles, fish such as shad, tararira and old water, and exotic axis deer, among others.

The Las Piedras Natural Reserve is located just about 18 kilometres from the city of Gualeguaychú and is located on the banks of the same name river. Just three kilometers from the crossing of RN14 and RP 20.

Like any natural area, it gives visitors the possibility to observe nature at its best. Overflowing with flora, fauna in natural theaters of maximum beauty such as the banks of the Gualeguaychú river and Las Piedras stream. Its marginal jungles constitute an area where observation merges with the song of birds and the beautiful sound of the wind on the grassland.

The city of Gualeguaychú has a wide range of tourism. From hotels of different categories, restaurants, pizzerias and breweries located, mostly, on the waterfront. These places provide the possibility to taste a good dish with fruits of the river and participate in the musical shows that in many places are offered next to the meal. The city has a wide casino with a variety of lounges as an alternative to end the day. In the months of January or February the so-called Carnival del País is held, which every year burns the corsódromo of public eager to observe one of the shows offered in this genre within our country.

Anniversary of the Gualeguaychú Foundation