It will take place from Friday until next Sunday. 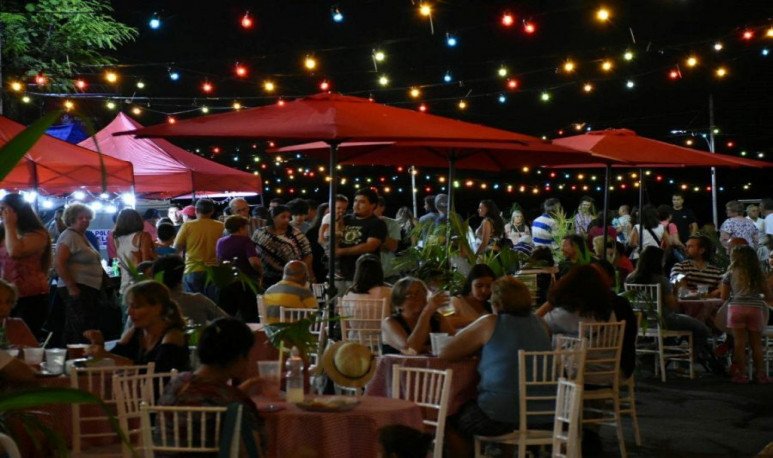 The 3rd edition of the tourism and gastronomy fair Sabores del Litoral will be held from next Friday to Sunday at the premises of the New Port of Paraná, reported the Tourism Secretariat of the capital of Entrerriana.
The fair, which will take place from 18 to 2 in the morning, will have stands where tourist destinations from all over the country will be promoted, with a gastronomic show in which there will be tastings of typical foods, wines and craft beers and musical shows highlighting the presence of Miguel Mateos and Agapornis.
The Secretary of Tourism of Paraná, Marcelo Quiroga, told Télam that “the meeting attracts many local tourists and also from neighboring provinces” because “it is a place where all the flavors of the Coast and the center of the country come together.”
Quiroga said that this event “serves to attract visitors who want alternative activities to Carnival celebrations, because in Paraná there are no parades of comparsas as in almost all the rest of the Entrerriana localities”.
“ Carnival celebrations are concentrated on Saturday, and that's why with this fair we want to offer a different attraction that can be used the other two days”, stressed the Secretary of Tourism Paranaense.
The entrerriano official clarified that Sabores del Litoral will also be useful “so that tourists can check that the intense rains did not affect the tourist infrastructure of the city, that is intact and that allows to enjoy navigations, nautical activities and beaches of the Paraná River”.
Quiroga stressed that “the 4,500 hotel places in the city will not be enough for the large number of visitors that we will receive” and pointed out that for this reason “we will take advantage of the synergy with the city of Santa Fe to accommodate tourists”.
“ We will also take advantage of the cottage complexes and camping sites, which this year are renovated and with better services,” he added.
The Secretary of Tourism of Paraná acknowledged that the summer season, which registers an occupation of 42%, “is not good,” although he considered that this circumstance “is directly related to people's fears over the news of the floods.”
“ For this reason this meeting is fundamental for tourists in the region to know that all the Entrerrians destinations, as well as their routes and roads, are in perfect condition,” said the highest benchmark of tourist activity in Paraná.

A magical world of stone