A space on the outskirts of the city of Paraná, where the concept of nature becomes aware. 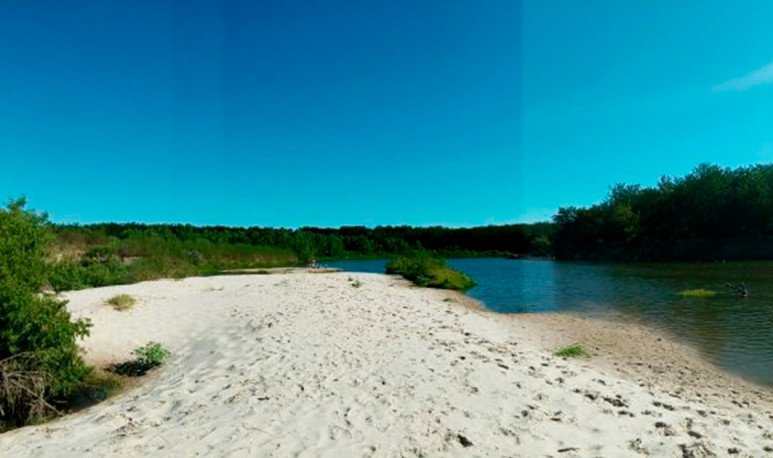 Once inside, you have to forget about WhatsApp calls and messages. The shortage of phone signal is almost a fact to consider. Maybe it's the first sign that you're about to start a  break  from the routine. And that's what most visitors are looking for when they choose it as a weekend or day destination. Only 20 minutes by car separates it from the capital entrerriana and upon arrival,  nature  postcards will make you yours.

The  Provincial Natural Reserve of Multiple Use Parque General San Martín and Parque Escolar-Rural “Enrique Berduc” , are located 25 kilometers from  Paraná . For your access, you need to take RN 18 and continue on RN 12. At kilometer 23.5 (La Picada) there is a signposted detour that leads to a paved street. Then, it continues along a stretch of land that leads to the park ranger's checkpoint. After some recommendations, a small fee will be paid from which children under 12 years of age will be exempt.

In the place we can find a great  diversity  of  birds  , you can see more than 200 species including the chiflon, musician thrush, carpenter del cardon, pepiteros, tacuaritas, thrush to mention. In addition, we can observe different types of mammals such as the guazuncho, the mountain fox, wild cat, ferret and horpinchos.

Meanwhile among the native flora  we find carob, quebrachos, ombúes and willows. Similarly, exotic exemplary roots such as black acacias, ligustres and blackberries extend. As a Reserve, it seeks to promote the  conservation  of present  species  and environmental education, with  total openness to the public  . The place is enabled throughout the year, except the spa, and has facilities for camping or spending the day.

A gift to the community

La Reserva is a property owned by philanthropist Enrique Berduc. The man left him in donation to the General Council of Education of Entre Rios (CGE) at the time of his death in 1928. His desires were to become a   natural  area of  conservation of the typical mountain of the area. In his words, it was intended for “poor schoolchildren in Paraná.”

In 1995, the Provincial Law on Protected Areas was declared a Multiple Use Reserve. This category is currently maintained, continuing with the educational objectives of the place. In 2001, with the intervention of the commissioned Biologist Alfredo J. Berduc, a plan was formed that gave it an organizational framework. Among the determinations, a nursery of native species was created in order to recover the vegetation of the treated areas. It also allocates an area of 200 hectares to the  Escolar-Rural Park “Enrique Berduc”.  There are guided tours with groups of schools and there is a library with the help of the Andalucía Solidaria Foundation.

If you start a walk from the parking area, we will arrive to the spa. With its clean, white sand, the sun hits inviting us to breathe a  purer air . In the evenings, electricity is restricted and the  stars  provide a memorable  visual spectacle  . In this way, countless locals visit the place looking to splash in Arroyo Las Conchas and listen to the birds sing. The latter, flows into the  Paraná River  and can be tour by canoe or Kayak. Nature is inviting us to tour it and enjoy that  adventure . Are you going to waste her?