Pueblo Brugo awaits us in the northwest of Entre Rios. A town with a port history that today shines for its tranquility. 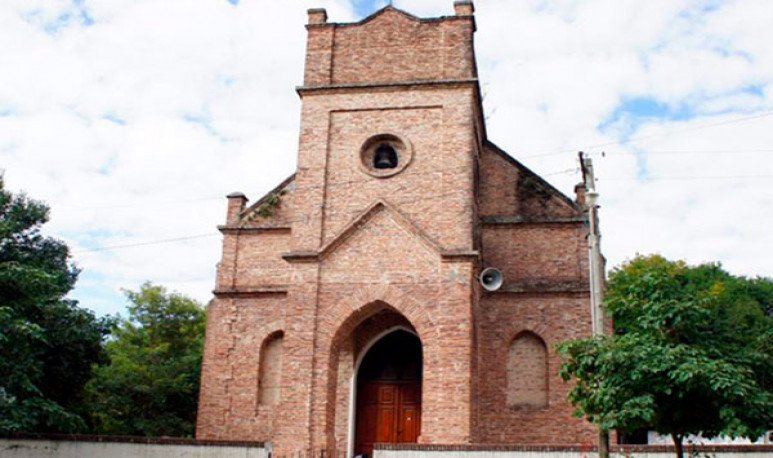 72 kilometers from  the capital of the province of Entre Ríos  awaits the splendor of other times  . On the banks of the   Paraná  river  there is a place  immersed in the calm  that we often need. We are talking about  Pueblo Brugo , a small community that was characterized in the past by having  one of the main entrerrians ports . With an avenue that welcomes us warmly and its population of almost 1,600 inhabitants, we find almost deserted  streets  and old mansions. Suddenly, an imposing  church  appears to protect the low houses of the rest of the urban conglomerate. Its setting represents an invitation to travel through history and get away from the hectic  city life.

This is the right destination for those who cravings for a  moment of  rest  . Thanks to its corners of high ravines, various natural viewpoints are formed capable of conquering any eye that looks out there. There, you can get beautiful panoramic views, sectors of extensive white sands and also intense greens.

In their lands vegetation is expressed without limitations, constituting a unique scenario . To make the most of it, it is possible to make quiet horseback riding along rugged trails and must-see walks at sunset. If there is a little desire for adventure going around, make way for adrenaline. For this, it has extreme sports such as mountain biking and 4x4 crossings that take advantage of the winding relief and allow you to arrive at exciting hideouts.

And that's not all. It's just that a whole billboard is deployed as far as water activities are concerned. In this sense, tours are offered in canoes and boats or the possibility of boating or riding a jet ski. However, the most privileged of all is fishing with its extensive days for lovers of throwing the rod. In fact, there are many entrerrians who love to settle on weekends for this weekend.

For this, it has  lodges  and simple shops that cater to visitors. Also, pose a  campsite  with all the necessary services for a comfortable stay and large parks to sit to enjoy. To this is added  regional gastronomy . An unparalleled possibility to indulge in the  typical flavors and aromas  of the area.

What did the ancient villagers say?

According to references from locals, the  origin  of Pueblo Brugo was due to  the use of the pier  . Even, it was initially called  “Puerto Piedras”  because of its rocky fragments. The town was founded by  Don Carlos Antonio Brugo , who bought the land from Enrique Tabossi to colonize them.

Its growth was almost immediate, given the development it obtained based on the agricultural activity developed by the settlers. The  date of foundation  dates from  1887  . However, the plans were approved by decree on August 20, 1892. The peak reached from 1930 to 1940, when the port movement exceeded the ports on the coast of Paraná. In addition, by that time it had a population of approximately 4,500 inhabitants.

Then the situation came in decline with the new communications structure. The motivators were the constructions of railway traces and roads far from the coastal part. The consequences that this produced led to the closure of factories, commercial houses and the exile of villagers looking for work. Subsequently, there was a significant tendency towards depopulation that led it to become fully a rural area.

Every year, the  Departmental Party of Government Boards is held. The celebration consists of a meal in general and dances with various musical groups. Of course, the most anticipated moment is the election of the queen. For these reasons, Pueblo Brugo is part of the  Paraná River Coastal Road Microregion . This is a regional agreement of localities located in the northwest of the province of Entre Ríos.

Chapter One: Five Natural Walks to Do in Paraná through a Paranaense

What is magical about Route 40 in Neuquén