El Palmar, where the paths of peace take shape

One of the most sought after entrerrianos destinations is El Palmar National Park. In this note you are going to have enough reasons to want to know him. 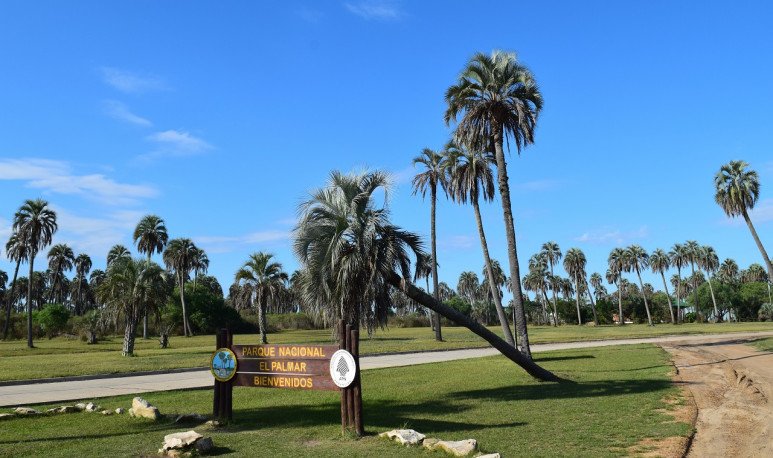 There are some stages in the year when we are saturated and need a  break . We want a little disconnect with the outside and contact us inside. And in case you didn't know, the province of  Entre Ríos  is one of the  most chosen tourist territories  in Argentina. There is for every taste, from popular places to a few other inhabited and equal charming ones. In addition, we are surrounded by  nature  and landscapes full of diversity. But few exist such as  El Palmar National Park , a kingdom of green spanning  8,500 hectares in central eastern entrerriano.  It is a refuge in which  flora and fauna  coexist in tranquility in the company of the Uruguay River .

The site was  created in 1966  with the aim of  safeguarding one of Yatay's last palmares  . Which was representative of those who, until the end of the twentieth century, flourished especially in the provincial east. We are talking about an indigenous species that  lives between 200 and 400 years , and that decorates the atmosphere with yellow flowers. It also offers a sweet fruit that is usually used for the production of liqueurs. However, the space is also dedicated to preserving other environments, such as the  jungle in gallery and mount xerophilus . In addition, different amenities and services are available to the visitor. Among them, there are camping, proveeduría, viewpoints, beach reporting center and good roads to travel.

To appreciate El Palmar in the best possible way you can  visit it in two ways : on foot or by car. Both are designed so that attendees do not lose sight of any attractiveness and enjoy maximum security. For this, there are  perfectly demarcated trails according to the option. Information about this can be obtained from the Visitor Centre, which also holds exhibitions suitable for all public. There, it delves deeper into the nature and history of the park, so that its immense value is understood.

So, as we begin to explore these paths let us stop at the following points. El  Mollar  and the  Historic Site Calera del Palmar  are tours that attract the attention of tourists. The  first  stretches for a kilometer and allows you to appreciate the xerophilous forest and its great invasion of exotic species. There is also a small forest in Arrayán del Norte where traces of guazunchos and carpinchos are found.

On the other hand, the  second  leads towards the Ruins de la Calera and to the beach. It should be noted, that the shore is not enabled as a spa. But returning to the initial, the buildings that are visualized are of Jesuit origin and are estimated to come from the 17th century. If we want to go through them, we have an interpretative signage that's going to help us achieve it. In addition to this, there are the Gardens of the Intendency and the Viewpoints of the river.

How did we get there?

Well, it's an aspect that's never going to be a problem.  El Palmar is close to some of the most important urban centers on the coast of Uruguay . The most visited natural reservoir in the Entrerriana geography is located on the motorway RN 14, bordering the eastern boundary. It also has varied income, starting from being 5 kilometers from Ubajay, 35 kilometers from San Jose and 46 kilometers from  Colón . The latter is of vital importance because it is the city with which it is most related. While it maintains a distance of 50 kilometers with Villa Elisa and 70 kilometers with  Concordia . So admission is made possible by numerous avenues for everyone to enjoy.

Victoria, a walk from other times

The Eclipse of Sol, look at it in Neuquén