Colón in Entre Rios, a getaway to enjoy

Colón in Entre Rios is undoubtedly one of the most beautiful river coastal cities in our country, but it is not just a beach. 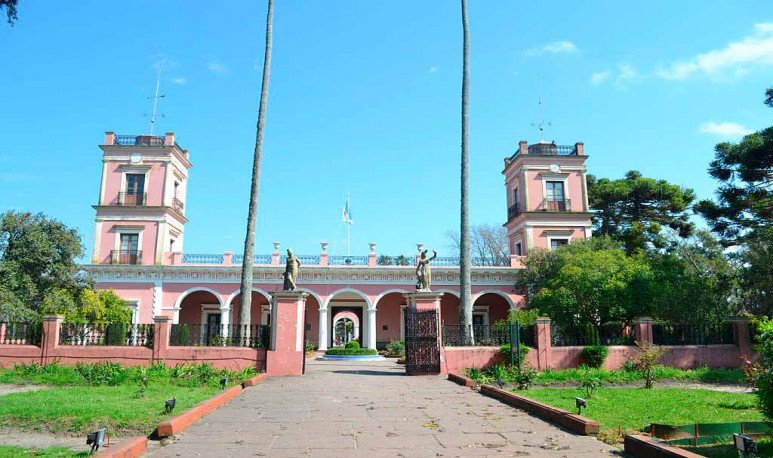 Colón  is located just under 300 km from the city of Buenos Aires. It has a large number of first-class  accommodation  , combined with a diverse  gastronomic circuit  , a shopping center attentive to the demands of tourists, theaters exhibiting nationally renowned billboards, nautical products and a formidable  cultural historical heritage  to know. It should also be mentioned the renovated  thermal complex  offering water games, hydromassage, passive pools on an imposing natural balcony overlooking the majestic  Uruguay River , very close to the Park National El Palmar.

The 14 National Highway makes getting to Colon takes very little time, whether you are off from Buenos Aires or  Rosario . A getaway that invites you to enjoy.

The Entrerriana town of  Colón  offers 10 kilometres of white sands bathed by the  Uruguay River  , a channel of clear and peaceful waters. For those who want to get away from the bustle there are boat services that allow you to reach  nearby islands , an ideal space for rest, recreation and enjoyment of excellent moments.

On the coast, the different spas offer all services. In summer season they have lifeguards and buoys that mark the limit to where you can swim.

Due to its typologies the Uruguay River is serene, ideal for practicing nautical activities of all tastes. You can sail in kayaks or rowing. Also do windsurfing and water skiing. 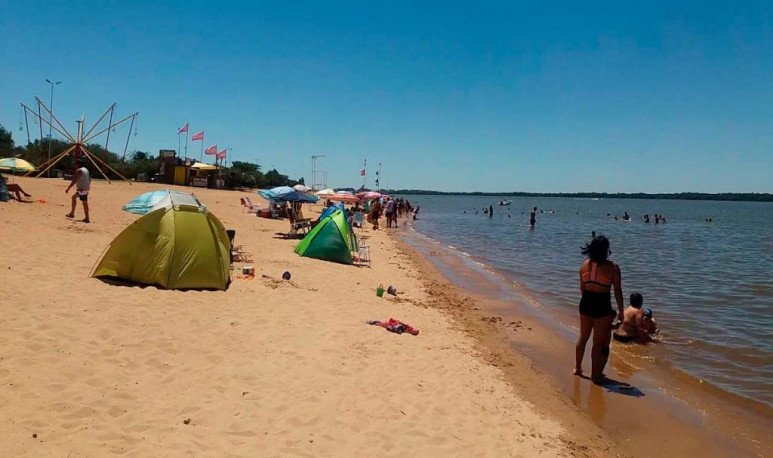 The  hot springs  of Colón are located in the north of the city, has the beautiful frame of the  Golf Club Colón , with 9 holes distributed in 15 hectares of beautiful countryside. In this natural habitat is linked a special microclimate that stimulates the visitor a sense of peace and well-being.

The  complex  can be visited  all year round  , as its state-of-the-art technology allows the sustainable management of flows and temperatures that adapt to different seasons.

The   Guaraní aquifer  , one of the most important water reserves in the world, provides mineralized thermal water that along 13 swimming pools offer visitors the possibility to benefit from its properties that manage to soothe rheumatic and respiratory conditions, and also improve the texture of the skin.

It also has, for those looking for  leisure thermal tourism , a water park enabled in spring and summer with slides for all ages and tastes. 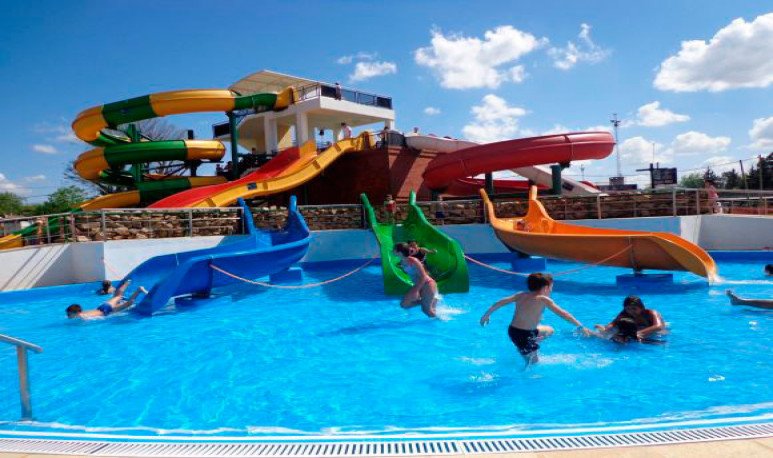 Few know that   viticulture in   the province began in the middle of the nineteenth century. Columbus, Concordia and Federación were the producing cities. In 1910 Entre Rios owned 4900 areas of vineyards, represented in 60 wineries. At the beginning of 1900, the province was the fourth national producer of grapes and wines. Part of the production was marketed in the province, and through ports through maritime transport, part of the Buenos Aires, Rosario, Santa Fe market was also supplied and exported to Uruguay and Brazil.

The dictator Agustín P. Justo in 1936, despite being born in  Concepción del Uruguay , made a decree prohibiting the production of wine and grapes in all provinces that did not have part of the Cuyo region. This caused the area to lose much of its income and that employers and workers had to migrate in search of other opportunities.

Sixty-one years had to pass until that absurd ban was lifted. At that time a family decided to resume the project of their grandparents. This is how in 2003 they began with the planting of three hectares of  vineyards  and the reconstruction of the winery. It is equipped with the necessary technology for the production of high-end wines, has received several international awards. Currently they exceed 70,000 bottles annually with grapes produced exclusively from their vineyards. The  Vulliez Sermet  winery takes a tour of the property every day at 11:00 with tasting.

Among the strains that are grown are: Chardonnay in whites and in reds: Malbec, Merlot, Cabernet Sauvignon, Tannat, Syrah, Pinot Meniere and Arinarnoa. Varietal, sparkling and cutting wines are produced from these vines, some of which end their process in French oak barrels.

Molino Forclaz  is a  National Historical Monument  and Provincial Museum, it is part of the attractions that enclasts a story of improvement and frustration. It was built in the late nineteenth century and is a symbol of the effort and tenacity of the first settlers who resided Colonia San José, which was the origin of Colon. On long weekends and on holiday there are beautiful theatrical guided tours.

Very close to Colon is the village   Liebig  , declared Asset of National Industrial Interest. It is a hamlet that germinates around a past salts, until, with the hands of English capitals and the inventive of Baron Justus von Liebig, creator of a revolutionary food conservation system, a company producing meat and canned meat extract was set up. The Liebig's Extract of Meat Company Limited. Walking through its streets you will have the feeling of walking through a 19th-century English countryside.

50 minutes from the city is the San José Palace another National Historical Monument and Museum. Residence of the first constitutional president of Argentina,  Justo José de Urquiza . There too, the entrerriano warlord found his death while he served as governor of that province.

The Capsule Hotel arrived in Argentina

Mines of Wanda, the jewellery of Misiones

The fishing of the dorado, a unique experience

Trekking with flames in Catamarca