Home Travel Entre Ríos A circuit of faith in Paraná

A circuit of faith in Paraná

Paraná has a religious tourism circuit that deserves to be visited. It includes Baptist temples, a synagogue and the cemetery. 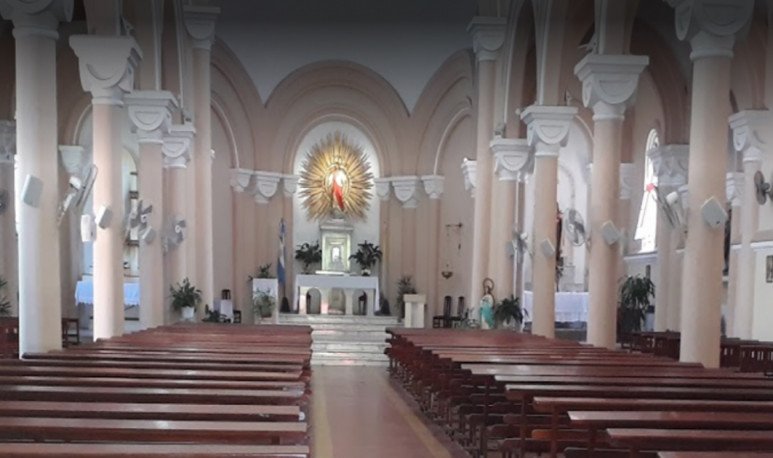 The province of Entre Rios presents beautiful tours of religious tourism. Both faith and religion are elements that are part of Entrerriana's history. We take a tour of places to know a weekend in the capital of the province,  Paraná

Metropolitan Cathedral Our Lady of the Rosary 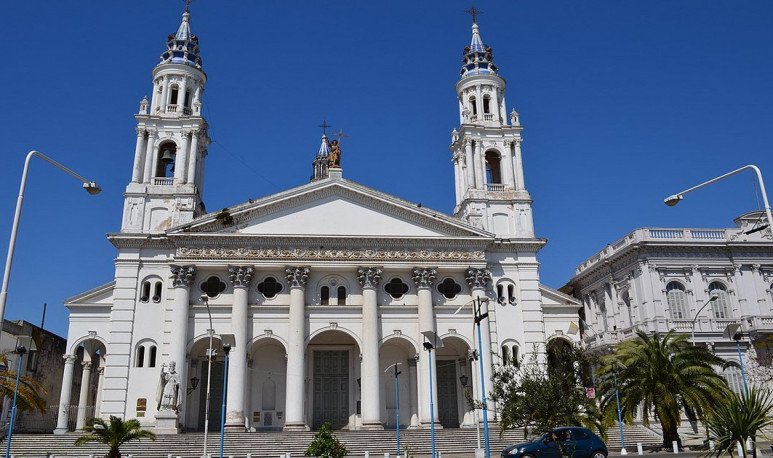 The Metropolitan Cathedral has been declared as a National Historical Monument since 1942. Created by order of Pope Pius IX, in 1859 when the city was the capital of the Argentine Confederation. It began its construction in 1883, was inaugurated in 1886. It is the most important work of Juan Bautista Arnaldi, eclectic style, with Renaissance details, balanced proportions. The bell tower has four bells; the largest of them is that of the Canons. Its interior has three naves, concentrating in the central the image of the Patroness of Paraná, the Virgen del Rosario, a historical image brought in the 17th century from San José del Rincón (Santa Fe).

In the middle of the last century the First Baptist Church of Entre Rios was erected. The plant is in a classic T typology with a severe equilibrium axis. It style is late eclectic, almost deprived of decor and evocations of the design of Protestant temples in the United States. The body is embodied in exposed brick with its visible tile roof, only interrupted by small louvres.

The Synagogue of Paraná

In the first decade of the last century the Israeli Association of Paraná was established. The Jewish community in the capital of entrerriana is made up of just over 700 families. They actively participate in different community spaces in the city.

The synagogue has a Hebrew “Martin Buber”, of complementary Judeo-Zionist education, also with a Zionist Youth Centre and a campsite named after “David Ben Gurion” Prime Minister of Israel between 1948 and 1954.

Parish of the Sacred Heart of Jesus

This temple, unlike the previous ones, began its history in the nineteenth century, as the chapel of the Hospital de Caridad. Already in 1917 it was built in Parroquia. But, the current temple is from the twentieth century. Its structure is basic with a central nave and two sides separated by semicircular arches. Its frontis is also exposed brick, without plaster.

Chapel Our Lady of the Assumption

A clear temple of neo-Gothic architecture with less than 100 years of life is inaugurated in August 1963, being the author of the original project by the Bertolotti, a family of builders of which account many emblematic buildings of Paraná. It was originally the chapel of the Christ the Redeemer Institute, which belonged to the congregation of the Franciscan Sisters of Ghent. The frontis impresses, and the exposed brick protrudes in the surroundings, large stained glass windows and an attractive roof of tiles with strong slope.

Church of St. Michael the Archangel and All Saints 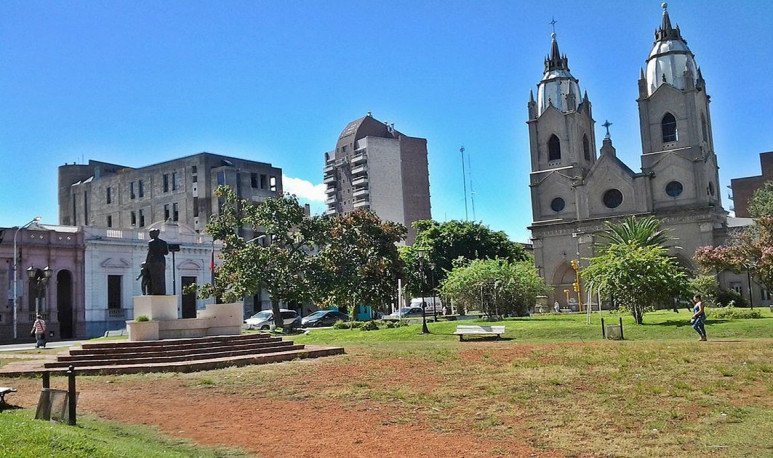 This temple, arose under the impulse of the priest Antolín Gil y Obligado, back in 1822. The author of the project was the Cura Rector Dionisio Álvarez. It began to be built in 1836, although the completion of the work took 60 years and finally inaugurated in the 1890s. The church dedicated to the Patron Saint of the Province is eclectic style with Gothic inspiration, its two towers are covered in its ornaments with tiles Pas de Calais

Our Lady of Carmen Church 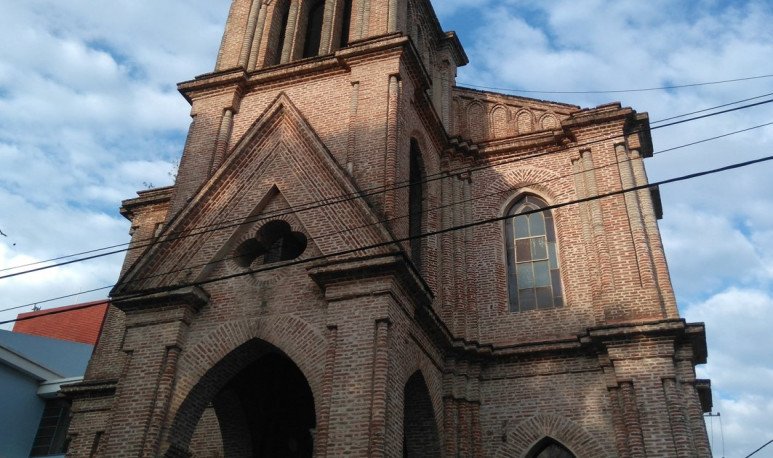 The original design of Architect Luis Rocca, which, with evident Gothic lines, traced the forms of the oratory, was modified and adapted by Architect José Serrano with the help of Engineer Carlos Lochner. Basal stone consecrated in 1911 by Monsignor Dr. Abel Bazán y Bustos. In 1927 the church was consecrated, and it was erected as a parish in 1954. The temple is presented with a cruciform plant with a unique nave covered by a running dome of ojival profile. Outside, a stand allows access to the atrium where a semi-covered porch protects the main entrance. The façade of neo-Gothic expression is presented with the exposed brick wall, unrevoked, and topped in a bell tower.

Chapel of the Holy Trinity, in the cemetery

The cemetery was fought for public use in 1826, with the name and invocation of the Holy Trinity. It had an annexed chapel built according to the plans of the priest Dr. Francisco Dionisio Álvarez, in exact neoclassical order, similar to the Pantheon of Rome. From 1878, the Municipality has arranged extensions and reforms of the primitive cemetery, building the peristyle, the new chapel and the administration. Its facade is eclectic.

Address:  Peru at the end

Church of Our Lady of Piety

In 1894, the fundamental stone of the Asylum “San Antonio” was located and annexed chapel. A building destined for a Religious House of the Tertiary Sisters Franciscan Nurses and whose opening was held in 1896. Of large expanses, it adopts a neo-gothic expression. The church was delineated by the Architect Juan B. Arnaldi. Blessed on the second Sunday of October 1900.

Work of the Architect Santos Domínguez and Benguria. Opened in 1897. The temple, with small expanses, has a single nave plant. Since the property where it is located is very high, its volumetry can be distinguished from afar, with its tower being the most attractive component and the one that makes up the main façade.

The Sanctuary La Loma was established in 1975. The Schoenstatt Movement (meaning “beautiful place”) was born in 1914, from the pedagogical work of Father Joseph Kentenich at the Minor Seminary of the Collectivity of the Palotine Fathers, in a place called Schoenstatt.