Home Travel Discover the 17 circuits of the Natural Route Argentina 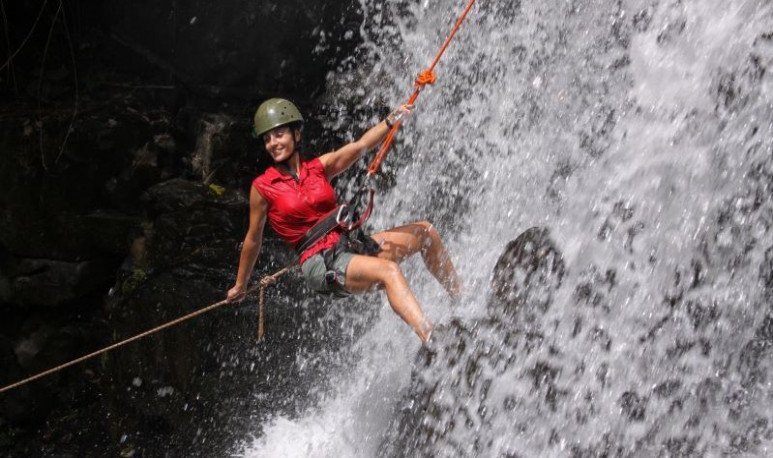 The main objective is to invite the traveler to discover the wide variety of destinations, circles, attractions and experiences associated with nature tourism that our country offers and which makes it a unique destination all over the world.

Some consolidated and internationally recognized destinations such as the Iguazu Falls, Perito Moreno Glacier or Peninsula Valdes make up these routes. Argentina also offers many other natural attractions to discover with landscapes, great biodiversity, national parks and unique natural glasses that can make every trip an unforgettable experience.

These tours propose us to travel throughout the country through a series of fantastic routes and nature tourism circles, which celebrate the natural identity of each region and help organize the tourist offer with clear and attractive tools.

It seeks to intertwine nature experiences with the cultural, historical, leisure or gastronomic attractions of each region, enriching travel, promoting circles, increasing the length of travelers and helping to create development options for different territories and communities in the country.

Argentina has a wide variety of landscapes and ecosystems such as jungles, forests, deserts, glaciers, mountains, wetlands, meadows, marine and polar ecosystems that form imposing landscapes and are the backdrop of natural shows.

We invite you to discover these wonders on 17 great territorial routes that travel throughout the country and are organized based on the natural, ecological or geographical identity of each region.

Missionary Jungle Route:  It has two natural wonders, the very Missionary Forest chosen in 2019 and the Iguazu Falls world wonder, but it has many other tours and attractions, although less popular, ideal for travelers interested in living unique experiences in relation to the nature.

Iberá Route (Corrientes):  This route instigates to reveal the incredible Iberá Esteros. Unmissable destination for nature tourism, wildlife observation and rest in natural environments. Here you will find the second wetland on the planet, ideal for experiencing close encounters with animals (marsh deer, barzela, yacaré, capincho, monkey carayá) and a large number of birds. The experience is exalted with local culture, traditions and gastronomy.

Route of the Valleys, Quebradas and Yungas (Salta, Jujuy, Tucumán and Catamarca):  A region of oppositions, great biodiversity and ancestral cultural heritage. A geography that changes as you travel the kilometers, where nature, adventure, tradition and gastronomy are combined. Spectacular views, trails, accommodation of all kinds, protected natural areas not so known but ready to be unveiled, such as Los Cardones National Parks (Salta), Calilegua (Jujuy) and Aconquija (Tucumán), others more rugged such as Baritú and El Rey (Salta), as well as numerous reserves that invite you to combine trekking, cycling, photographic safaris, astronomical tourism, adventure tourism, bird watching and wildlife in general with gastronomy, wineries, culture and history.

Route of the Litoral and the Great Rivers (Entre Rios, Corrientes, Formosa, Chaco and Santa Fe):  Framed by Paraná, Uruguay, Gualeguay, Paraguay and many other rivers and streams, the coast is one of the important summer destinations and invites you to rest on its beaches and sandbanks, recreate in its spas, sports and nautical activities, visit El Palmar National Park (Entre Ríos) or its large nature reserves such as Jaaukaingás (Santa Fe), Isla del Cerrito (Chaco) or Laguna Oca (Formosa) to name just three, watching birds and wildlife in general, do photographic safaris, cycle touring, rural tourism or just lie in the arms of Morpheus listening to run to the big rivers.

Route de la Puna (Salta, Jujuy and Catamarca):  A route for valiant and adventurers, which demands to travel accompanied by qualified guides and also good physical condition. Whoever does it will discover some of the most spectacular landscapes on the planet. Like the Natural Monument Laguna de los Pozuelos, Salinas Grandes in Jujuy, unexpected formations such as the Arita Cone, the Devil Desert (Tólar Grande), Arizaro and Pocitos Salt in Salta, and the Dead Man, Antofalla salt flat or the only Pumice Stone Field in the world in Catamarca.

Route of the Plains and the Atlantic Coast (Buenos Aires):  This route links the natural attractions of the Pampas region with the Atlantic coast, which are integrated with rural tourism, bird watching, horseback riding, fishing, and with the classic offer of sun and beach. It contains circuits and experiences ranging from the mountains of Buenos Aires, to the dunes and rugged cliffs over the sea and the Buenos Aires lagoons.

Andean Patagonia Route (Neuquén, Rio Negro, Chubut):  The Patagonian Andean Forest offers immortal trails to explore and new places to be revealed. Turquoise rivers and lakes, hidden waterfalls, snow-capped peaks and glaciers, are part of the landscape that protect different National Parks, among representative species such as pehuenes, myrtle trees and millennial larches. Route 40 articulates routes that cross the three provinces and at least five National Parks. It has a wide range of accommodation, from public campsites, Glamping, inns and luxury resorts.

Deserts and Volcanoes Route (Neuquén, La Pampa, Mendoza, San Juan, La Rioja and Catamarca):  Tour one of the most striking landscapes in shapes, colours and reliefs of our country. on divine. Among the must-see of the route are the Talampaya National Park (La Rioja) and Ischigualasto Provincial Park (San Juan - World Heritage - UNESCO, with archaeological and paleontological remains).

Route de la Estepa (La Pampa, Río Negro, Neuquén, Chubut and Santa Cruz):  The colossal Patagonian plateau witnessed giant dinosaurs and today is the kingdom of the wind, where guanacos walk free between a chilled vegetation and streams that make their way to the sea. This route invites you to link the Atlantic coast with the Andes and reach them to see a majestic sunset. A circuit for different segments of demand according to your circuits and experiences: One, reserved for professional climbers. Another, proposed to a wide audience, eager to live adventures, horseback riding and trekkings of low or medium difficulty through landscapes and grandiose places along the Andes Mountains. It is complemented by wine routes, natural hot springs and oasis cities. In some cases, offer sports or skiing.

End of the World Route (Tierra del Fuego and South Atlantic Islands):  Beyond Ushuaia, this route invites you to travel the whole big island of Tierra del Fuego to enjoy its amazing natural attractions. From the north, following the scenic route of RN 3, you can tour the steppe, cross the Andes Mountains and reach the mythical Beagle Channel. In addition to the amazing Tierra del Fuego National Park, you can visit provincial reserves such as Atlantic Coast and Heart of the Island, bow along the Beagle channel, diving, kayaking, mountain biking, short and long haul trails, mountain climbing, skiing, snowboarding, horseback riding and visit Stays and traditional villages that stand out for their gastronomy, such as Puerto Almanza.

Route of the Central Sierras (San Luis and Córdoba):  Beyond the tourist cities located in the mountains and the most traditional spas, this route invites you to discover nature through the protected natural areas, National Parks and circuits that hallucinate with its beauty for its wild landscapes. Like the circuit of Sierras Grandes and Sierras Chicas, Valleys of Traslasierra, Punilla, Paravachasca, Calamuchita, Lagoon of Mar Chiquita (or Mar de Ansenuza) in northeast Cordovan. PN Sierra de las Quijadas, north puntano, coast of the comechingones (including Villa de Merlo) in San Luis.

Patagonian Sea Route (Rio Negro, Chubut and Santa Cruz):  The horizon becomes eternal between the sea and the steppe that stretches for more than a thousand kilometers on both sides of RN 3. Franquea peninsulas, gulfs and bays visited by whales, dolphins and tonins, sea lions and penguins, among a large number of coastal birds. Activities to run on this route are varied such as observation of terrestrial and marine fauna, sailing with whale watching, tonins and dolphins, visiting colonies of magellanic penguins and yellow plume, sea lions and elephants, bird watching. Other water activities such as kayaking, snorkeling with sea lions or diving in the Underwater Park

White Continent Route (Antarctica):  A route that starts in Tierra del Fuego, the territory closest to Antarctica, and that opens to an almost unexplored destination.

Argentina offers nature activities for all tastes such as bird watching, meeting large animals, practicing all kinds of sports in nature, following in the footsteps of dinosaurs, discover the secrets of the universe, visit our amazing parks and national sites. Sites declared a World Heritage Site and even discovery of nature in cities.

All this is part of the thematic tours, which are not anchored to a single destination, but are organized according to specific interests and offer travelers the possibility to live these experiences throughout the national territory.

Field of the sky: meteorites on earth