The Paths of Faith

A tour of the city of Corrientes, and its seven wonderful churches, all located in its original town. 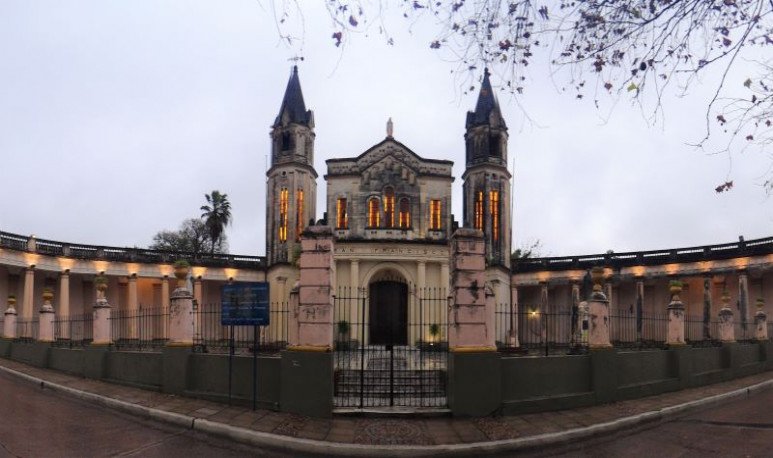 Our Lady of the Rosary Cathedral

It is the Correntine Matriz Church built between 1853 and 1873 by Nicolás Grosso, who incorporated italianizing features. It is basilical with a main nave and two sides

The Altarpiece is beautiful and has four minors. The Christ of the Sepulchre is a work by the Spanish carver Julio Pomares carried out in 1978. Whoever visits it can also contemplate the Pantheon of Correntinos Próceres. In the temple choir there is a 1183-tube organ, from the German house August Laukhuff.

The  Franciscan convent  still has its adobe walls, which measure a meter thick, built in the 17th century. The construction retains the roofs of shingle legs supported by tacuaras reeds tied with cowhide patches. It also treasures the palm trees and original doors, which were carved by hand. At the end of the nineteenth century the façade was reformed into neoclassical. The interior suffered the same fate, but baroque with the gold-laminated pulpit.

Our Lady of Mercy

This monumental work by Nicolás Grosso dates back to 1857, was built on the Hermitage of San Juan Bautista, a place used by the conquistadors as a burial room. Next to it is the former convent of the Mercedarians, in which a school and a university operated.

The temple has a single nave, on its sides rest carved wood altars made by artisans in the nineteenth century. There are also four confessional and 18th-century images of great artistic beauty.

This temple was built in 1886, its style is neo-Gothic. The work was paid by Juana Francisca Cabral and had it built in honor of the patron saint of the annex Women's Hospital that had been erected four years earlier. The church is made of adobe bricks with windows, doors, wood skylights brought from outside, such as the altarpiece of the Altar Mayor.

In commemoration of the third centenary of the city, the fundamental stone of the current temple was laid. It is also neo-Gothic style and possessed two towers that were demolished for technical reasons. It is here that the famous miraculous log that belonged to the first cross that was installed when the city of San Juan de Vera de las Siete Corrientes was founded in 1588.

It was built at the beginning of the last century and was paid by Adelaide Vedoya de Ballesteros. The temple has three naves, an exponent of the city's progress in those times. Its ornamentation is incredible where details of gold and Carrara marbles abound, sculpted in Italy, such as the altars and stands. The imagery is from the 18th century On its façade stands out the clock of the Gothic tower. In the Crypt of the temple rest the remains of the benefactors.

This church was built in the last century and belongs to the Salesian Congregation. It is from 1950, in late Hispano-American colonial style. The project and direction is by Engineer Assano, builder of the Basilica of Itatí. Form unity with the Salesian College.

Source Ministry of Tourism of Corrientes

A map to discover the capital of artisanal ice cream

The tours of “Tourist in my city” began

Things nobody told you about Río Turbio