A new post-pandemic life looks out and several missing species were reintroduced in the Iberá Esteros that wait to be discovered by visitors. 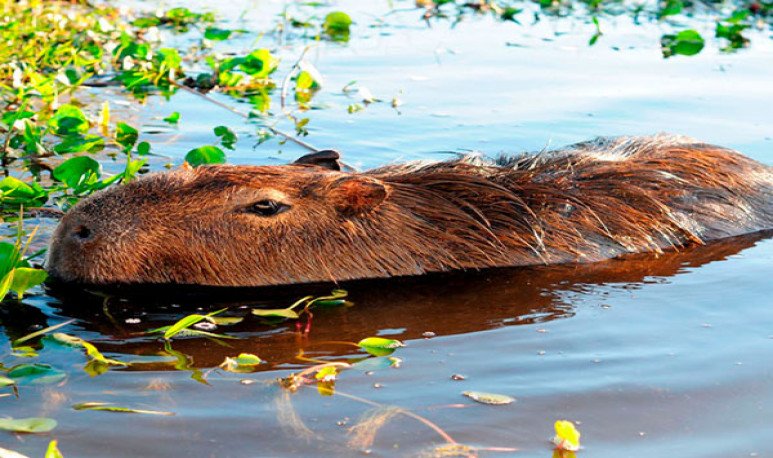 Iberá Provincial and National Parks   are located in the province of  Corrientes and have  550,000 and 158,000 hectares  respectively. It is the  largest natural water reserve  in  Argentina and at  the same time, the  second in the world  . Its particular surface deserves that it be part of the list of places to go on your next family vacation. This is because the activities are not massive, there are no large groups of people and hotels are for few people. But above all, its r ica and varied animal population , as well as extensive vegetation , are ideal for reunited with  nature .

In its corners there are  grasslands, estuos, glens, lagoons, wet and dry forests, gallery jungles and bardones . It also has a  fauna  that several years ago already  suffered strong blows  . In this sense, several  species that had disappeared in the area  were recently  reintroduced  to recover the original  environment  . Among them we find  Tapires, macaws, guazú aguarás, anteaters and muitús . However, it is also possible to visualize other larger pieces, such as the and aguareté or the giant otter .

The latter is also known as choker wolf. It's a larger river lobe, who lives half the time in the water and the other half outside. The importance of the mammal lies in the fact that it is the top predator and the one that controls the aquatic ecosystem. In addition, it represents a great appeal because they are showy, noisy and their hands resemble that of humans. In the same way, they like to approach people and hunt fish to eat them quietly on trunks or beaches. Finally, they are herd animals, which play with their young and even carry them in their mouths with charm.

At the time,  poaching and the introduction of exotic species displaced the local fauna . Some were the peccary, deer of the pampas, ocelots, bales and the red paws chuña. However, in  1983,  the sad context could  be reversed  to the  declared 1.3 million hectare of  the system as the  Corrientes Provincial Reserve  . Under this line, the  Iberá Provincial Park  was created in  2009  and then, in  2016  , the  National Park  . The  latter  was erected on  land donated  by the  Tompkins Conservation Foundation  .

This institution was responsible for  resilvestration  work and carried out tasks to return extinct species from other provinces and countries. Since then, the hard work has been accompanied by the National and Provincial Parks. It should be noted that both spaces are dedicated to converting ancient hunters into rangers. In addition, they practice the eradication of exotic species and the protection of native species.

During the process, various animal populations were established . The next release on hold is that of the yaguareté, whose adaptation instance is in an advanced stage. This event is an important contribution, since it will contribute to balance the carpinchos communities by forming the rodent part of their food.

Both the yaguareté and the anteater are shy species, so their visualization can not be guaranteed to the tourist. The reason is that they stay away from humans and camouflage in the mountains. Now, what is possible is to observe yacarés, horspikes, deer, macaws and other names. To achieve this, it is only enough to stay in the spaces of the reservation or take boat trips, hikes or horseback riding.