It tells the story that General Belgrano was the first Argentine bridge to be built on the Paraná River. 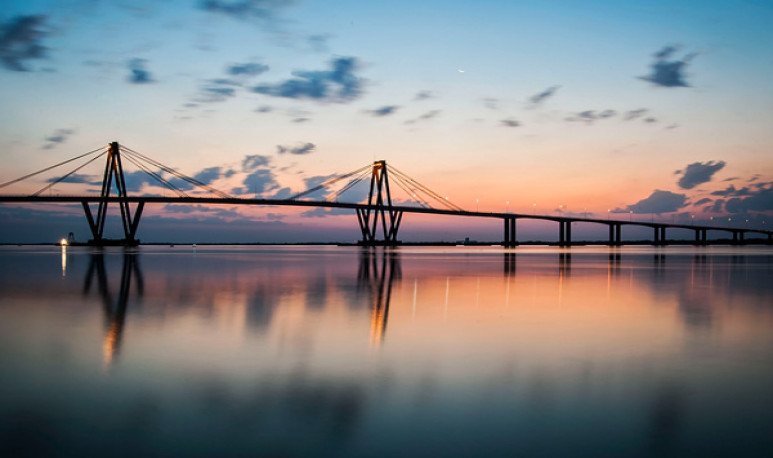 Two societies are inextricably linked thanks to him.  On one side is Resistencia,  Chaco  and on the other  Corrientes  , province of the same name. The  General Belgrano Bridge  is a viaduct located on RN 16, a few kilometers from the mouth of the Paraguay River.  This is the first link to settle on the Paraná River and the second link between Mesopotamia Argentina and the rest of the country . In the latter case, the highest place is the  subfluvial Tunnel  Raúl Uranga — Carlos Sylvestre Begnis . It was  inaugurated  on  May 10, 1973  by de facto president  Alejandro Agustín Lanusse  . While  his name  was chosen in  honor  of the lawyer and military officer  Manuel Belgrano  .

Its  creation  had a  high impact on the economies of the regions  , empowering the Chaco capital as a communications hub of northeast Argentina. In addition, it is a remarkable  tourist attraction  for the anecdotes behind its construction and its dimensions and engineering. Also, it enabled a much more fluid interaction between the localities it comprises.  Around 18,000 vehicles travel it daily, forming part of the life routine of the natives . It is that many groups of workers and  students  live in one place and carry out their activities in the other.

The relationship between  Resistance  and Corrientes began to unfold during the first decades of the 20th century . It was after Chaco became a province. From there, citizens of both coasts  started an integration process  that continues to date. However, this situation was much more complex prior to the building of the viaduct. In this way, those who  wanted to cross  the Paraná River had to do so through  a raft or a boat called El vaporcito  . This entailed a tedious process of long waiting, difficult travel and infrastructure constraints. So the need arose to devise a  project that would unite both places . But mainly that it  annulled the isolation  in which the town of Correntina and Misiones lived from the rest of the country.

The concretion  represented a claim pursued by business and industrial associations in both territories . So, in the  1960s  it was decided to launch it under the developmental government of  Arturo Frondizi  .  The aim was to strengthen regional economies and facilitate distances with  Mesopotamia  . However, local finances were not enough to address it and an interprovincial agreement had to be signed. Subsequently, the same was done with Nación for the financing of the work.

The work began at the end of 1968  and was in charge of the architect  Jean Courbon  . He was a French specialist in pressed concrete works with a long career in Europe and Central America. The  project took seven years and 700 people  worked with  dedication  to make it a  reality  .  One that until this day symbolizes a social good and a testimonial monument .