Home Travel Corrientes The Corner of Religious Tourism and Nature

Esquina is a town that builds its culture from rivers and religion. Believers of Santa Rita organize the National Festival of Pacú. 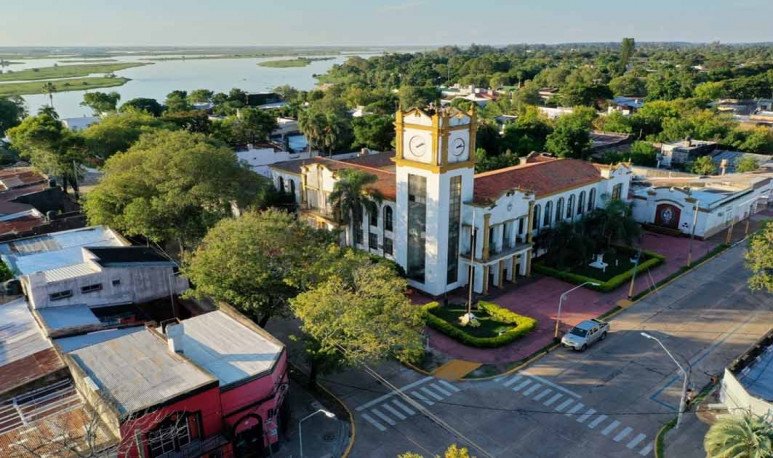 Esquina is a town in the southwest of  Corrientes . It is one of the most important tourist spots in the province. One of its main tourist impulses is the fishing of the pacu, surubí, dorado, and other specimens. Popular festivities animate the province with carnivals. The procession of Santa Rita reflects the belief of the people and, at the main festival, attracts many tourists. Although it is a culturally attractive city, its population is small: the latest census found that it was not more than 20,000 inhabitants.

Esquina's culture is enriched by several factors. Its foundation combines foreign, Creole and religious traditions. The first community to give life to Esquina were six Italian families and nine Creole families. Santa Rita is a religious figure who came with Italian culture and took shape in the city becoming its patron saint.

The river is a source of adventure and tourist activities. The Paraná River and the Corrientes River are the main stage for sport fishing competitions. The most important sporting event in Esquina is the Pacú National Festival. The holiday revolves around fishing competition. Currently, this sporting activity is performed, but returning each captured specimen back to the water.

Industry in addition to tourism

Esquina is supported by the agricultural industries, among which are afforestation, the breeding of bobino cattle and the cultivation of watermelon. It is the town that has the largest area for growing this popular fruit. A significant fruit in its culture, which managed to establish the National Watermelon Festival.

The procession of Santa Rita is the great religious festival of Esquina and  Corrientes . But it transcends the borders of the province, as it summons hundreds of people from other places. In 2019 the call exceeded 2000 tourists. The homage to the Patroness of the Corner lasts all day with a mass, a procession and a musical tribute to Santa Rita. The Santa Rita de Casia temple is a place that every tourist should visit. It is an admirable construction that was built in 1912. Although it has undergone multiple modifications over time, the parish today is the pride of Esquina.

Esquina is a  tourist  spot that combines different attractions such as sports, religious and festive. It will take us from fishing in the rivers, passing through the carnival dance to the religious mystique of Santa Rita.