In the province of Corrientes there is a city called Monte Caseros and represents one of the many tripartite points in the country. 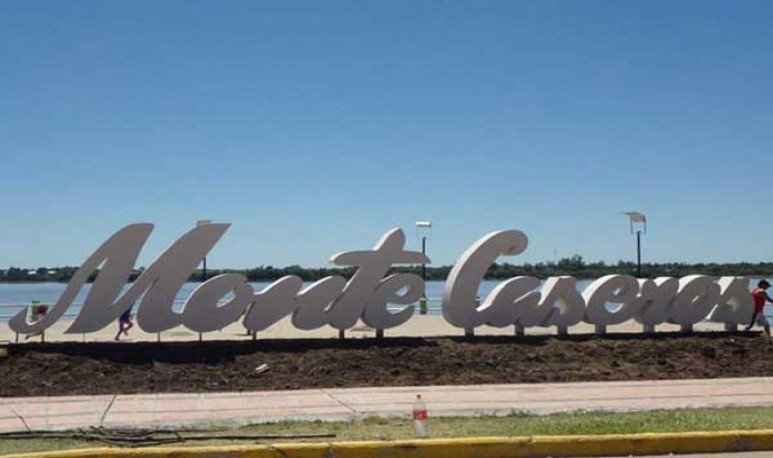 It is a  city  located  396 kilometers  from the provincial capital, where it is the head of the department of the same name. It is  famous  for its  picturesque carnivals  over 50 years old and its  wide streets  ranging from north to south. With an exquisite flora and fauna, you can live moments of fullness and  contact with nature  through rural locations. In addition, it has  incredible  beaches   of  fine sand  along the Uruguay River. There, you will be able to meet various spas for all the tastes of visitors.

Its  spirituality  is an aspect to highlight, since it extends throughout the territory. It is present collectively or individually. In this sense, it has churches with simple and warm architecture that summon a large part of the population. While, on the streets and houses of the natives, there are multiple shrines dedicated to Christian and pagan saints, such as the Gauchito Gil. Processions are also held annually and San Cayetano has a sanctuary installed 15 kilometers away from the city.

With regard to the  regional economy , activities focus primarily on the  industrialization of  primary commodities . These include yarn and fabric production, fruit and vegetable packaging and beekeeping. Rice cultivation, citrus production and the production of concentrated juices and essences occupy a primary role. With internal and external export, oranges and tangerines stand out, as well as lemons and grapefruits.

Monte Caseros is a trifinium of great relevance with Uruguay and Brazil, becoming a tourist  circuit  that many do not want to miss. To know the specific place where the triple border lies, you will have to board a boat with local fishing guides. Then, you will sail along the Uruguay River until its confluence with the Miriñay River, whose water comes from the Esteros del Iberá. At this precise point is the Brazilian Island where the monoliths have been found since 1901. On its surface, many objects of Guaraní culture were discovered, as well as fossils of prehistoric animals that inhabited that part of the continent.

The city went through several foundations. The first was on October 5, 1829, where it was called Paso de los Figos. To do so, they were inspired by the fig trees, plants with fleshy leaves and red fruits full of thorns. It was located between the Estancias Rincón de la Merced and San Gregorio, established by Juan de San Martín. Later, in 1854, Governor Juan Gregorio Pujol appointed the naturalist Amado Bomdpland to organize the Museum of Natural Sciences. He conveys the virtues of the place and hinted to reestablish the town to separate it from the department of Curuzú Cuatiá.

Finally, in 1855, there was the third change of name. At that time, the chief of the commune was contrary to the ideology of Juan Manuel de Rosas. Therefore, in 1958, he baptized the locality with the battle where the procer was defeated. This space was the Monte of the Caseros family in Buenos Aires. Although there is no decree containing the determination, eventually it ended up being called  Monte Caseros  a secas. It is the denomination that its inhabitants grew up listening to and with which they identify after so many obstacles.

Monte Caseros is located southeast of Corrientes, on the axis of RN 14. If you travel from Entre Ríos on the RN 127, you must take the junction with RN 14, until the intersection with RN 129. Continue east on the 129, until you reach the town of Monte Caseros.