Rincón del Socorro and its smell to Iberá

On the edge of the incredible wetlands of Corrientes is Rincón del Socorro. An inn in northeastern Argentina that provides the best of eco-tourism. 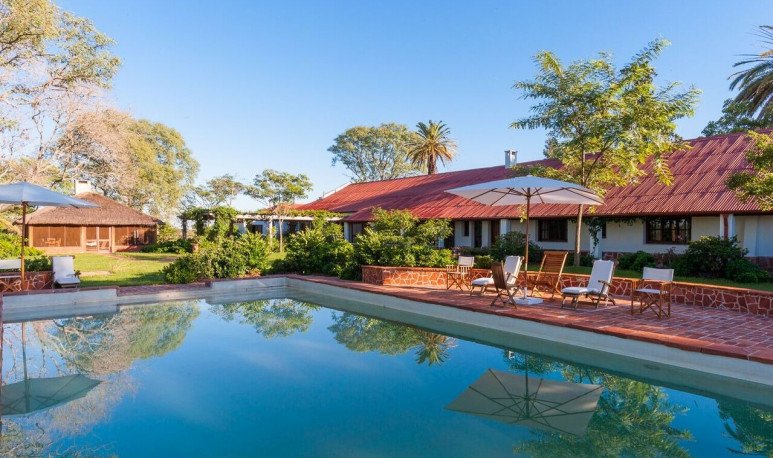 The story began in 2001, when conservationist philanthropist  Douglas Tompkins  and his wife acquired the place. The  Rincon del Socorro estancia   was designed to create a  30,000 hectares nature reserve   . This would be managed by The Conservation Land Trust (CLT) foundation. With this purchase and that of other fields in  the Iberá Esteros , the goal was defined in one direction only.  He signed up to build the largest natural  park  in Argentina and bring back the fauna species that had disappeared . Attempts were also made to promote an economy based on nature tourism.

In this way, Tompkins and his team got down to work to restore and expand the buildings in the hull of the inn. Also, they removed the cattle from the field and removed hundreds of kilometers of wire.  Although most noteworthy is that they started the biggest process of reintroduction of locally extinct animals in America, known as Rewilding . So far giant anteaters, deer from the pampas and peccaries have already been released. While part of this work ended with the donation of land for the creation of Iberá National Park. The latter forms next to the provincial reserve the great Iberá Park.

Rincón del Socorro  opened in December 2004  and consists of 11 rooms, sheds and staff houses. For many years it was concessionary and since 2017 it is managed by the Rewilding Argentina Foundation, created in 2010 by Argentine conservationists and is heir to CLT's legacy. The property also  offers full-board programmes including horseback riding, sailing, safaris and  hiking  . It should be noted that people who carry out their operation were born on provincial lands. That is, your manager, the chef, the cleaning team, the receptionists and even the guides, are from  Corrientes .

Dahiana Mansilla, who is in charge of the inn, told La Nación the popularity the place has gained over time. In this regard, he said that from October to January guests arrive from all over the world, many for bird watching. At the same time, he said that Argentines usually go on winter holidays or long weekends. The most comforting comments they usually receive are about the warmth and home climate that is perceived in their environments.  And as for the outstanding presences that have crossed its doors, there was Queen Maxima of Holland . He was on a visit to spend a few days with his family in October 2017.

Dahiana said that Rincon del Socorro's proposal is purely sustainable. Starting with not using air conditioning. To do this, they have galleries, windows and fans that ensure drafts. Just get used to the times of the region. They also don't use plastics, opting for recyclable and biodegradable alternatives. In addition, they have an organic garden full of seasonal products to accompany both traditional and new recipes. Although the purpose is always to preserve the flavors of the coast. They exhibit them in the company of napkin rings, singles and decorative items manufactured by artisans in the area. Finally, television and internet are accessible only in community areas, facilitating a  stay of total disconnection and relaxation .

A pearl of aquatic complexes

The 10 Best Pet-Friendly Hotels in Argentina

These are the most attractive proposals San Juan offers in summer