We tell you all about a little-known village that hides natural and artisanal wonders on the heights of Cordoba... 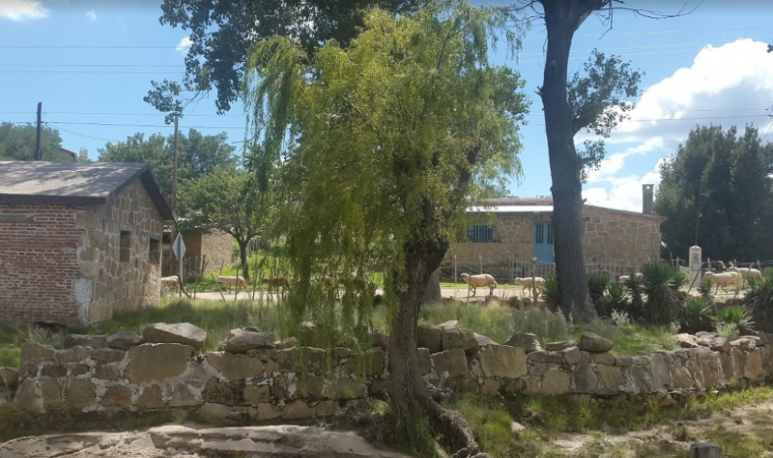 It is a quiet Cordovan village with streams and a waterfall,  the little busy Villa Benegas  , just 15 km from Mina Clavero. It is the  capital of black ceramics   and offers tranquility to tourists  arriving at the place. On this fantastic site  there is no cellular signal,  which becomes attractive to many, because it forces us to connect with nature and disconnect from everything else.

The one who goes to the village...

Visiting this iconic spot is quite a plan, as it is  hidden in the Traslasierra Valley, immersed in native and native flora and fauna.   This place stands out for the quality of the  artisanal creations made  in black ceramics and for the products made by  workers in the region.  Each activity is accompanied and characterized by an  environment of peace and tranquility.   Villa Benegas, in addition to being the town of black ceramics, is  the territory of fern and verbena,  that “mini flor de fuego” with which the mountain boasts above a thousand meters above sea level.

In addition, Villa Benegas  is a privileged place in the pilgrimage  that takes place in honor of the  Cura San Gabriel Brochero.   As, halfway down a winding path, walkers find the revalued chapel, which becomes the ideal stop to rest for a while. Half of Villa Benegas, closest to Mina Clavero, is also known as   “the way of the artisans”  , since in this area several families of ceramists have been offering for the day and eacute; cade their products.   In addition, there are  yarns, fabrics and leathers  of indescribable beauty and worked  by experienced hands.   Among other products , regional foods  such as homemade breads, sweets and liqueurs are highlighted.

The characteristic postcard is the western slope of the Sierras Grandes, with  water on the stones  as a soundtrack and generally without a cellular signal. In Villa Benegas,  the invitation is to be carried away by the tranquility and peace  that the tours of this enclave give away. But that's not all, in the vicinity of this post you can enjoy the Seven Waterfalls and two spas with slope water and amenities.

Ubaldino Benegas and Clotilde López arrived from “el bajo”  at the end of the 19th century  and settled in the warm ravine next to the stream and the footprint. His son Rafael, married to Hermelinda Bazán, built a large house, with cut exposed stone and a gable roof for snow to slip in the cold times. That's where the school worked 43 years. His 11 children and dozens of grandchildren were a good part of the students. Colto, EPA and El Petizo collective companies began to stop at home, already converted  into a shelter and a place.   On the ticket it said  “Villa Rafael Benegas” , as the entry sign reads now. The man planted fruit trees, managed the estafeta and the chapel, where in 1960 the priest Julio Triviño gave the first mass. In this little post, as in  every corner of the mountains ,  you can breathe history.

In the area you can also  rappel, observe pictographs, make walks to viewpoints and go horseback riding.   Villa Benegas is very close to Villa Cura Brochero and about 15 km  from Mina Clavero.   It can be reached by car, from the city of Córdoba, by route 34. Thus, this quiet and peaceful post is also consolidated as  a strategic place  to explore other attractions in the area.