One of the most impressive waterfalls in the entire province of Córdoba. This place awaits you only if you are son e'tiger. 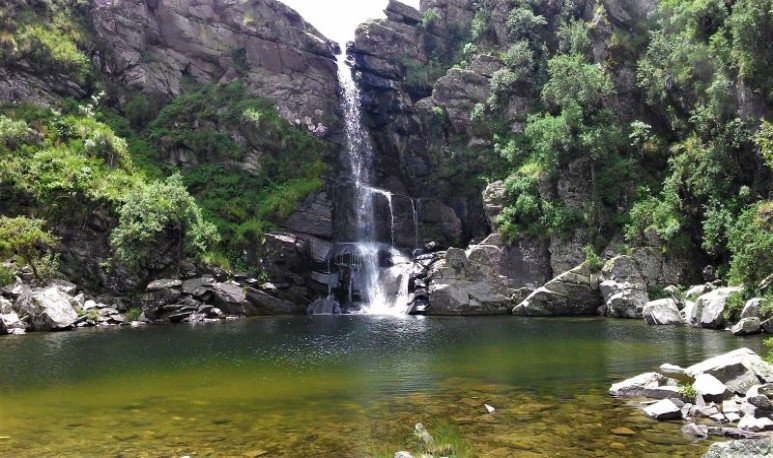 “ Hijo'e tiger”  is an expression used to refer to a situation in which the son has managed to reach the same instance as his father. It works to  highlight the characteristics of the lineage and demonstrate pride.   In this case we use it to challenge anyone who is in doubt to visit this jump:  the  highest waterfall in the province of  Córdoba.  That requires an extensive walk and a day of adrenaline...

This is the Salto del Tigre, the waterfall of 22 meters that sisters Córdoba and San Luis,  and is located just on the border between the two provinces. To get there you have to travel  the Sierras de los Comechingones  towards Merlo. It requires a 3.5 km trekking.  This incredible waterfall  can be visited from both provinces, but it is recommended to do so from Merlo, as the 25 km route is mostly paved. The trail to enter  starts at the post “El Tono”, on the side of Cordoba . The trekking takes about 60 minutes with a top view of the  waterfall first.

The fall is 22 meters that descends to a pot about  30 meters long and about 10 meters deep.  To visit this post you can hire several guided excursions but  you can also do the trekking autonomously.   This imposing waterfall hidden  in the heart of the mountains  ,  makes us know the beating of the native mountain . In addition, as it is located about 2 thousand meters above sea level,  there is vegetation of height  that imprints to the scene  exotic and beautiful colors  . On this site you will find a  wide variety of medicinal herbs, smokers and wimbres.

A few years ago,  the venue was chosen to film the film “For a handful of Pelos”,  starring Nicolás Vázquez, Ivo Cutzarida, Norma Argentina, Rubén Rada, among others and was directed by Néstor Montalbano.  A co-production between Argentina-Colombia  by San Luis Cine. This Argentine colombo film  premiered in 2014  featured the special performance of renowned  Colombian former football player Carlos Valderrama  playing the role of Nemesio. The plot has the waterfall almost as the protagonist, as it is Tuti Turma, a young millionaire who has everything in life except hair. The young man learns about  a remote village  where there is  a waterfall whose waters magically grow hair  and decides to head there to install a capillary recovery center. However, he must deal with Mayor Nemesio, with armed resistance and the religious beliefs of the locals.  Is it true that Tiger's Jump makes your hair grow?

Recommendations for visiting the place