Home Travel Córdoba This is Cordoba-ny

In the quartet and fernet province there is an American proposal that revolutionizes the gastronomic world. PIBI joins the menu of culinary attractions of La Docta. 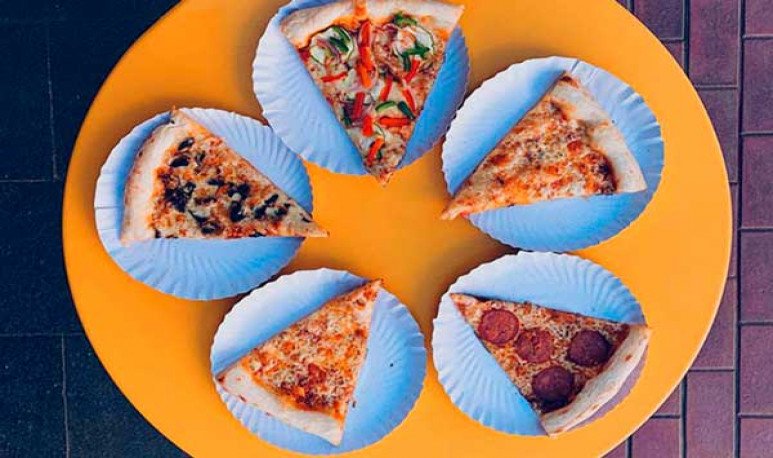 The gastronomic variety of the city of Cordoba grows more and not only in La Docta but also the offer extends to the interior of the province. Always betting on the mountain and regional flavours, the Córdoba culinary move grows and grows. Thousands of ventures arise day by day and we all love this. In Barrio Güemes, in the provincial capital, for example, are the most innovative premises and the most curious proposals. New gastronomic poles were also opened in other areas of the city, such as the southern zone (Barrio Jardín) and the north (Cerro de las Rosas). Despite the critical moment that the culinary sector is experiencing, Córdoba continues to grow in question of new proposals.

The range of special dishes, gourmet restaurants, regional proposals and home-made enterprises is varied. As far as regional dishes are concerned, the quality is extremely high. Also when we talk about signature cuisine and innovative ventures. However, when we talk about pizza, many of the diners are not satisfied. While diversity is a reality, the variety of styles does not predominate, nor does quality. But we came to tell you a new proposal that breaks with the Cordobish patterns. A proposal that copies an external model, to bring it to the center of the country and delight its diners. This is PIBI, a pizzeria that proposes new recipes inspired by the best New York style of fast food. With a varied menu and rare ingredients, PIBI is positioned on the market as one of the most striking places in the city.

The world of pizza

The world of pizza is a special world where varieties are left over. Pizza is a mold that can take various forms and become what you want. This group of young people who decided to launch PIBI, knew how to make use of this freedom that culinary creativity gives us. So, they bet on the American pizza model, which has very different characteristics to the pizzas we are used to in Argentina. The main concept of this venture is fast food as a flag. At PIBI you can enjoy your pizza al paso or sit down to eat. Or you can, too, eat standing. They even sell in portions!

PIBI recipes are based on a thin dough that can be folded, a very particular layer of cheese and special topical like pepperoni, blue cheese, mushroom and veggie. The place is located in the heart of Güemes, in the Barrio Gallery, and from there offers its delights. These pizzas seem to be brought from outside, and they take us to travel the world. That's why, in the middle of quarantine, they're the best option. Eating a portion of PIBI is to travel abroad: the passage comes in the form of cheese. This place has constant promotions and combos to enjoy. Above all, they work with the dynamic take away during the pandemic.

This pizzeria is one of the first to be encouraged to bring an exotic style, generating intrigue and curiosity to the public. In addition, it is characterized by its economic prices that allow the student and general public to enjoy its products.The dynamics of the proposal requires speed in its production and attention, and therefore its quality is undeniable.

Little by little PIBI is growing and marking, more and more, its style. In an area where each local has its trademark and a very visible wave, PIBI excels with its NY-style proposal. Between bees and pizzas, be encouraged to live your PIBI experience.