The Teatro del Libertador San Martín de Córdoba keeps, in the recesses of its beautiful architecture, a little of the essence of the province. 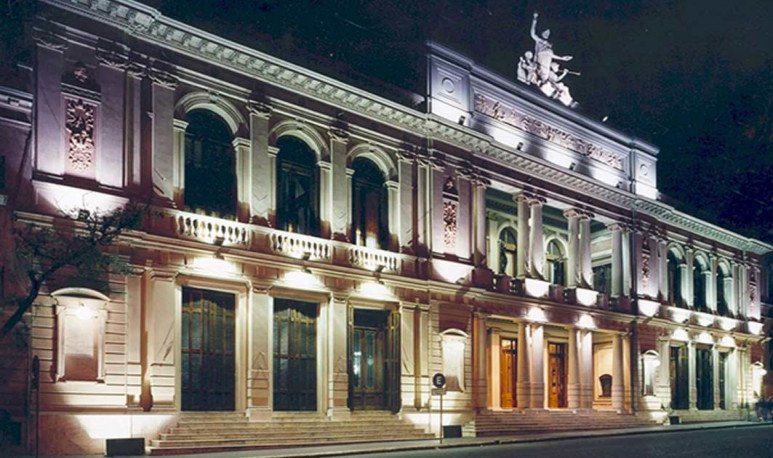 It is the star of the city , the corner of the actors, actresses and theater of Cordoba. Where the audience and the most wonderful works transform each other, to generate  new experiences.The Teatro del Libertador San Martín is an    icon of the city.This work of art has accompanied us the people of Cordoba for more than 120 years .

This Theatre was inaugurated  on 26 April 1891 , with performances spanning different artistic disciplines. Music, performance and poetry would welcome you to this place that was transformed into a Cordovan emblem. This public work was planned by renowned  Italian architect and engineer Francisco Tamburini. That is why, at present, the main hall is named after him .  The style of this magnificent place is marked by the nationality of its designer. With  Italianizing and eclectic touches  ,  its beauty is unique . It is characterized by the decorative use of columns, semicircular arches, cushions, and sculptures  brought from Europe. A custom for the moment that arose and that is still in force today .

Its stage,  its boxes, its beauty  made it declared a  National Historical Monument by the National Executive Branch  through a decree, back in 1991. From that moment on, it became the  hostel of the provincial elencos  that would delight us with their performances throughout history. For example, the Symphony Band of the Province, the Symphony Orchestra of Córdoba and the Official Ballet of the Province. Also the Chamber Choir of Córdoba, the Polyphonic Choir of Córdoba and the Provincial Orchestra of Citizen Music. These  artistic groups  share with Cordoba and visitors their  open essays  and must-see numbers. In addition  to representing our province  at the national level.

The Theatre of a Thousand Names

Currently, the Teatro  del Libertador is considered  one of the best acoustics theatres in the country . Over time he was undergoing transformations and remodeling that made him what he is today. Along with these renovations, he also changed his name.

Its original name was  Teatro Rivera Indarte.However ,   at the end of the 19th  and early 20th centuries it was popularly known as  “Teatro Nuevo”  or  “Teatro de la calle ancha”.The wide street that would later have the name of  Vélez Sarsfield Avenue .  In 1950 it was renamed by President Juan Domingo Perón, to become known as  Teatro del Libertador San Martín,  on the occasion of the centenary of the death of the Liberator  .After the 1955 coup d'état, it returned to its original name .  But finally, in 1973, he recovered fact that he retains to this day.

His name is not accidental. San Martín is the Latin American and national leader who  gave us freedom. And this Theatre, precisely, is dedicated to giving us   the most free and unique experiences.He manages to abstract us from the  urban dynamics  and takes us to walk with the stories that his scenario tells us .