Home Travel Córdoba Mina Clavero, a marvel of the river

Mina Clavero, a marvel of the river

The Mina Clavero River is one of the most beautiful attractions in its city and in the whole Traslasierra Valley. That is why and for much more, it is considered one of the 7 Argentine natural wonders. 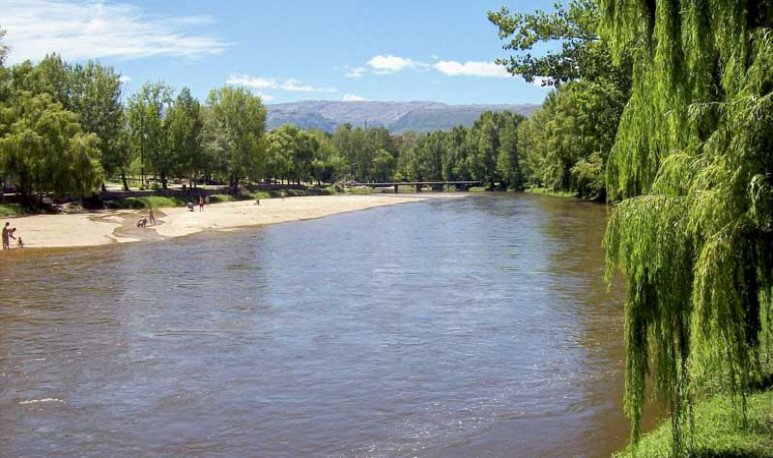 Mina Clavero is the tourist destination with more watercourses in  Cordoba , it is crossed by three rivers and countless streams. The Mina Clavero River is born in the Altas Cumbres and crosses the center of the city of the same name. Its cold waters merge with the warmth that bring, from the Pampa de Achala, the waters of the Panaholma River. Both make up a third water arm: the Los Sauces river. The variety of spas in the region is growing, with the presence of multiple streams of singular appeal, which give rise to recreational spaces inserted in the mountains, which give visitors an experience of greater contact with nature 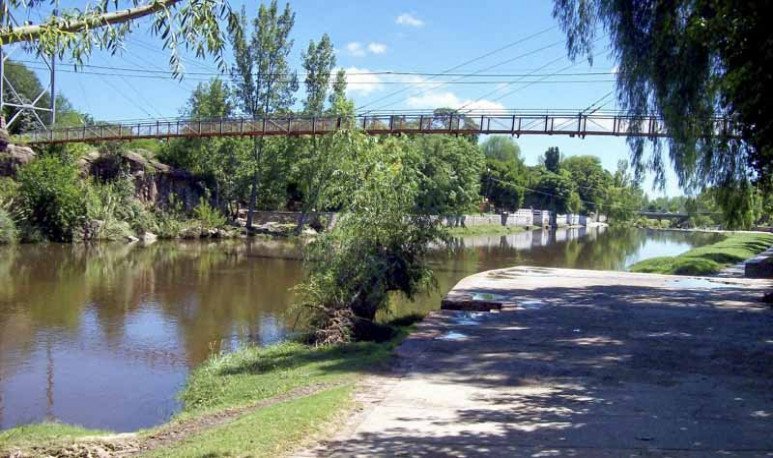 The source of the Mina Clavero River is approximately 30 km from the town of the same name. It is an imposing attraction with a spectacular water fall of 102 meters, which represents all the power of nature at its best: the foam of the water hitting against the stones, the trail with ravines, the condors planning. This place has become an obligatory stop for travelers and tourists who want to know the origin of so many beautiful spas. Among them, they stand out:

It is located 15 kilometers from Plaza San Martín de Mina Clavero. It is located at the source of the Hondo River, with sandy beaches, a variety of low areas and other deep and boxed areas.

Bath of the Gods Spa

This wonderful natural resort is located about 13 kilometres from the south income roundabout of Mina Clavero, by RP 34. It is a beautiful place with sandy beaches and lawn areas. It has formations from where locals usually do nailed, since in some sections it reaches up to 6 meters deep. 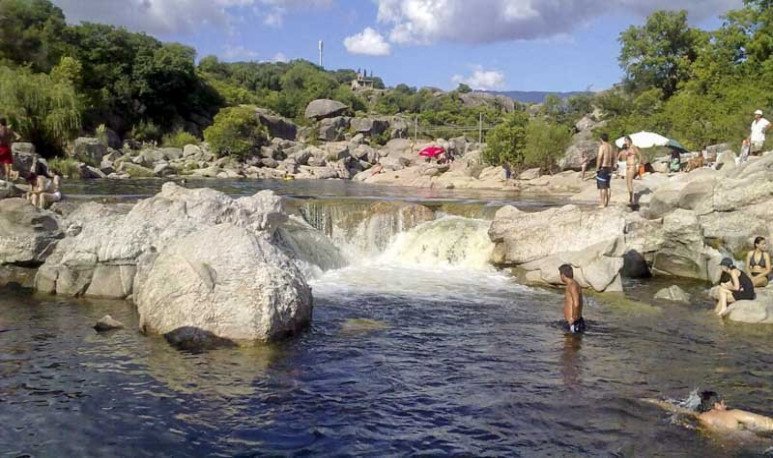 For its part this is in the middle of the urban area, about 700 meters from the center and about 300 meters from Olmos Sud, where there is the land access that leads to its parking area. This spa is ideal for the family. It has sandy beaches and meek waters of low depth for the little ones; and areas with rocky channels forming pots that allow swimming. A small dam allows you to cross the river from side to side and generates a small waterfall, ideal for mountain photos or for cool relaxing massages. 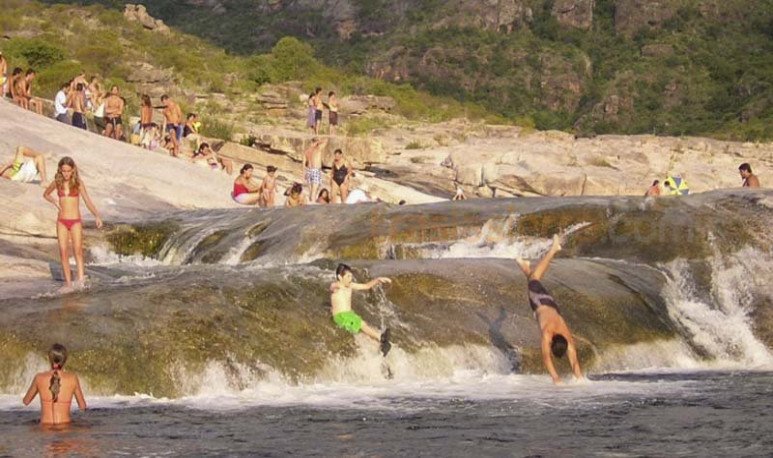 Balneario La Toma is located at the foot of Cerro Uritorco. It is framed in a forest of native species. It has all the services, from tables, grills, a supplier, with toilets and restaurant. This space is one of the most beautiful in the town because of its natural slides. On the other hand it is just 5 kilometers from the city.

Other spas that deserve to be visited on your trip to this natural wonder of Argentina are  El Águila where the Mina Clavero River is enclosed between large granite walls reaching a height of 22 meters in some places. The corrosive action of water gave rise to very deep natural pools, exceeding 10 meters. For lovers of nailing this is the place to perform them. In all the resorts you can buy various regional products such as cakes, ice cream, churros and homemade breads offered by the families of the local community.

On the other hand, the city of Mina Clavero is also a starting point for circuits that offer varied and interesting proposals such as the way of artisans; it is the best way to get in touch with the crafts of the place and their producers. Along the way, families in the area exhibit and market, in their home workshops, typical works of the area: red, blonde and black ceramics. Workshops can be visited at any time of the day, during the four seasons of the year. Each of the exits and after the rigor dips hunger knocks on the tourist's door and that is why there is the  gastronomic route of trout.  It encompasses both the rainbow variety or the stream, the trout of the mountains of Córdoba are a product coveted for the quality of its meat and flavor. For this reason, along the Traslasierra valley there are specialized restaurants, where each chef is in charge of putting his signature touch.

Missionary Jungle: the force of nature

Salinas Grandes: let yourself be haunted by a breathtaking landscape

Talampaya: an amazing trip to do at least once in a lifetime

A religious tourism circuit in the historic center

The figure of women in argentinian sculpture