Home Travel Córdoba Looking for the North: Finding a Market

The North Market of Córdoba keeps unique stories. It is an ideal destination to get to know the city with its daily dynamics and secrets. 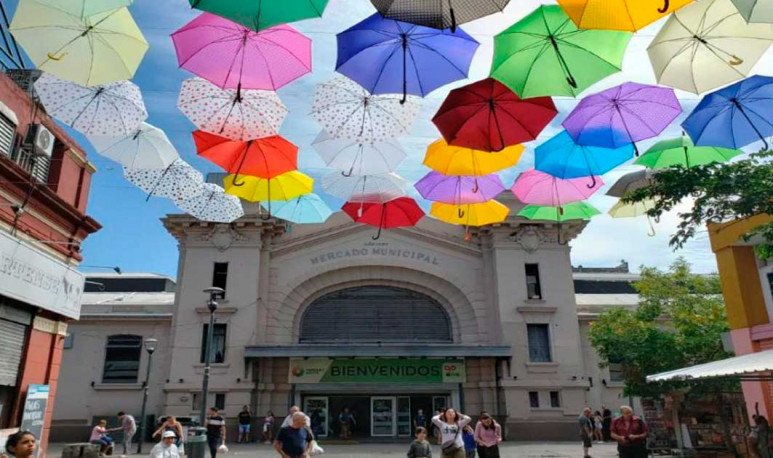 We tell you all about the heart of Cordoba's economic activity: the North Market.A walk through its streets gives us much more than just a superficial sighting .  Traveling around the market implies knowing in depth the dynamics of the city and the idiosyncrasy of Cordoba. This is how this tour is  an everyday reality for the people of Cordoba, but for  visitors it is to know a new world. Almost every major city has a market where the village supplies supplies .  It is a custom of post-colonial society that is preserved to the present day. In the early years, markets were aimed at marketing essential products. But then, they became  tourist attractions  where you can enjoy unique days.

This particular point hides, in its corners,  unique proposals . It invites us to visit it, and shows us that it is  one of the most emblematic sectors of the city. In which characters and anecdotes emerged .  This area of La Docta was one of the local bohemia, at the end of the 19th century and the beginning of the 20th century.

Initially, the marketing of products took place  in the central square, or Plaza San Martín,  as we know it today. There they purchased all the inputs that arrived in the capital through wagons from different places. Meat, yerba, wine, fruits and vegetables  were marketed in front of the Cabildo and the Cathedral.Always regulated by the authorities of the moment .  Other products were distributed in nearby shops. But there came a time when  population growth increased  supply and demand,  placing the city's buying and selling sector elsewhere.

It happened as in almost all cities,   new urban dynamics  and new marketing regulations organized the urban space.The squares were relegated to the enjoyment and leisure of the people .   Becoming green spaces free for pedestrian circulation and without marketing marks. But the need to stock up remained a reality, so that was how the creation of markets took place .

In Córdoba, for example,  the Mercado Norte was born from the transfer of all the merchants in the square. This movement was necessary, as the flow of people in the central square was no longer sustainable .  This was how the market was organized with a  building specially designed for its commercial activity,  and  around the arrival of the railway.Since this was the means by which   all kinds of products were transported, from and to Cordoba capital.

The North Market building was built in 1927  on the grounds of the former Marchena square. But it was inaugurated on April 14, 1928. Almost a year later, it opened its doors with 106 retail outlets. Thus, it became  a strategic point: the largest shopping center in   the interior of the country.  With this emergence, cars, sulkys, wagons and stalls were left behind. were engaged in the sale of different products.

Of everything and more

At the time, there was commercialization of meat and brozas vaccines, kids, piglets, rabbits, chickens and chakra birds. Fruit, vegetable, dairy, cold cuts and sausages. Also fish and seafood, bread making, confectionery, fine wines and  the most varied gastronomic offer.Over the years, more products and suppliers were added, as well as more buyers .   Today it is an iconic point of the city,  where you can breathe local history and tradition. This space has a very strong symbolic value,as it allows us to breathe a little of the history of Cordoba and shows us,  through its architecture  , some of its adventures .

Are we going for a walk  around the North Market ?