A special corner with the Mapuche name hides between the boundaries of Córdoba and La Pampa. We tell you all the secrets of this native paradise. 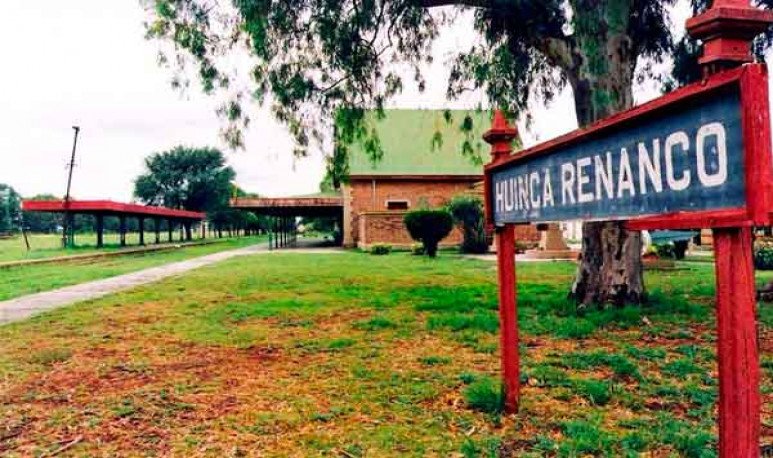 Well south of the province of Córdoba,  is the General Roca department. It is the one that unites us with three sister provinces:  Buenos Aires , San Luis and La Pampa.  Its most inhabited locality  and therefore the best known is Huinca Renancó. What we're going to talk about in this note, telling you  curiosities and hidden paradises.  His name has a  special origin.  It comes from the Mapuche language words:  “Wingka Rünganko”.  What do they mean:

The Spanish translation  would be something like  “well de agua del cristiano”.  Bad tongues tell, that this name was chosen by the original peoples who inhabited the territory at the time when the conquerors arrived. Since these were the ones in charge of  building a well  to supply water, because  the area was extremely inhospitable    for newcomers .

This town  was formally inaugurated on December 1, 1901.  However, there were already  civilizations and culture before their national recognition. This date is  iconic for this paradise , as it was the time when the railway was installed. For the time being, this meant a central fact in the development of each  regional economy.  Currently, although the roads are no longer the protagonists of the activity in the area, they are a  symbol of history.  That's why they consolidated itself as a  tourist site.

Some of the most striking points  in Huinca Renancó are the  Parish of Nuestra Señora del Carmen , the Main Square and the  Building of the   Municipal Palace   .  This is the central point of the city, where the tourist attractions are concentrated, offering us a bit of the history of these lands.

An essential point of this place,  where you can breathe pure history  is the Railway Station. In the process of development of our Nation and the corners of the country,  the arrival of the railway was a key milestone . That is why each locality preserves on train tracks or stations, spaces valued for  their great symbolic load.  In the case of this locality, all the elements are in  excellent state of conservation  . Among them, its platforms, the galleries, the ticket office, the sign booth and many more, and we tried to leave everything in  its original place  , to revive that  past glorious in the most credible way  possible. Within this property, which today forms one of the  key tourist attractions , are the old locomotives that traveled these roads.

Like  almost all towns in Argentina,  Huinca Renancó keeps its main attractions in its  central square.   In the center of the city  is this green and leafy property, around which local businesses and services are located. But, in addition, a parish worthy of being visited. This  ancient construction  boasts a side tower with a bell tower and  a truly admirable dome  . While it is simple,  it highlights aspects of an attractive architecture that goes back to centuries past.

This  “crystal clear water well”   is the king among many Córdoba cities  . Its proximity to the province of La Pampa makes it  a strategic point  to generate  interprovincial trips.  In addition, not only its striking architecture calls visitors. So do the  numerous festivities that are held  in the area. For example, the  National Fair of Handicrafts and Popular Music  on the platforms of the Railway Station. Or the  Livestock, Agricultural, Industrial and Commercial Exhibition  that invites producers, but also the general public. These meetings invite  visitors from all over the world , with presentations, shows and a varied range of  regional meals.